This is our second year presenting a build thread (the last one was in 2020) but it is our first year being featured by the #openalliance. We wanted to take the time to thank them for letting us join this amazing community.

Last year was a very special year for us, as for all of you, as it was a synonym for the first time back on the field. It was particularly difficult for the team as morale, and motivation was very low because of Covid but also because there were very few students left that had witnessed a real-life regional (high school in France is only 3 years meaning members stay on the team for 3 years). The fact that no alumni of the team returned to help during the season was also a hard blow for the team.

Nevertheless, after a long summer focused on retrospectives, the team is back on track. Many alumni have returned to help, and a lot of work has been made on rebuilding the team’s morale and ambition. The team decided to join the #openalliance to share our experience as an international team but also to help our fellow French FRC and FTC teams become part of the FIRST community.

This year, as an off-season project, some students and mentors focused on developing a system for automatic transmission. This system is based on the fusion of the sensor values from the drivetrain and the current feedback to determine the appropriate time for shifting.

The basics behind the shifting are to reduce the power drawn from the motor during the shifting and take into account the inertia of the robot for a smooth transition. In addition, the team has designed acceleration ramps and decelerations ramps based on datasets to smoothen the transition further more. The full details and the code will be released after the season. Indeed, the team has only finalized a usable version during the December holidays and has not had the time to write up a post for Chief Delphi.

For this project, the goal was to automate the selection of gears to create the perfect gearbox as well as provide visual feedback on the gearbox. This is done by re-creating the contours of the gears using the gears equations and positioning them using the C-C distances. This was a cool little project that we will continue working on but it is quite esthetic : 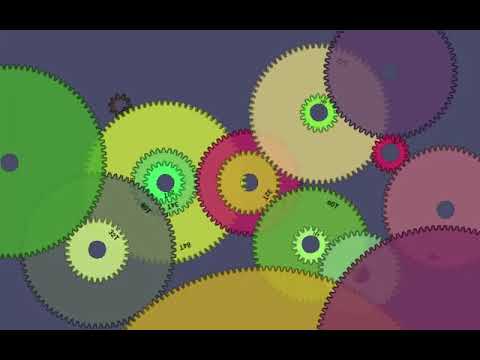 We will post the code of this project with the next update.

This project was inspired by this post from jdao, one of the mentors from 4201.

The goal here was to start messing around with swerves and learn more about them. The team is strongly considering working with swerves and this starts with little projects such as this one. A twin project to this one was to build some 3D models of swerves and try and understand more about the mechanics behind them. Unfortunately, this project didn’t go far enough to have its own paragraph.

This year, with the return of an alumni, now engineer in mechanical engineering, as a mentor, a project of analyzing the structure of our drivetrain was begun. It started after analyzing the bends on the 2021’s robot drivetrain after falling from the 4th rung. This project started first by trying to simulate the origin of the bends by applying different loads and chocs to the 3D model : 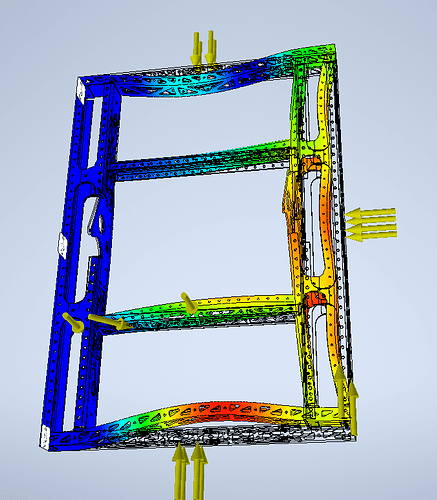 We then decided to go a bit further and work and the drivetrain model that will be used this year to study the results of impacts on the drivetrain : 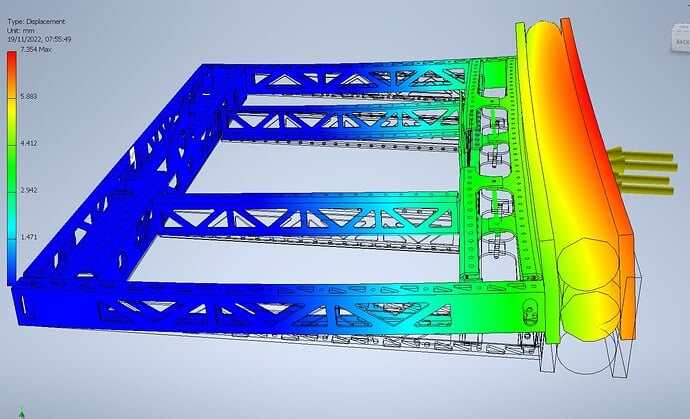 Finally, we decided to put our 3D Model to test and create a series of tests (based on dropping heavier and heavier loads onto the drivetrain to measure the results). To do this we asked our laser-cutting partner to make some samples for us : 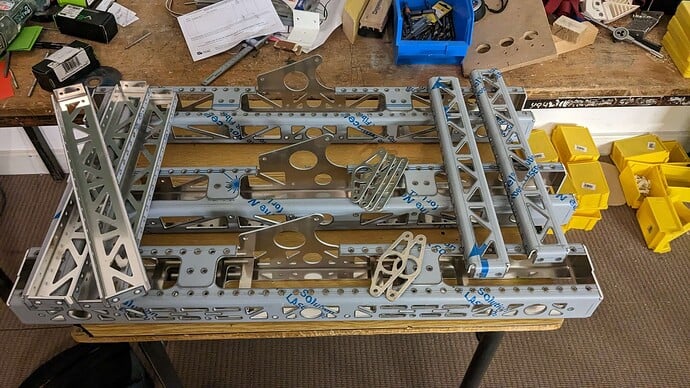 This is it for our off-season projects.

During the 2021 season, Robo’Lyon participated in the Innovation Challenge presented by Qualcomm and won the Global Innovation Award with the Walk assistant project. A belt that aims to help people with Parkinson’s disease, especially those that suffer from the “freezing” symptom.

During the Rapid React season, this project has been put on standby because the team tried to focus on the competition, but we found contacts at some events to continue the project.

During this offseason, we worked a lot with Robur, a company making clothes, especially for disabled people. A small part of the team is dedicated to working more on the Walk Assistant and a different approach to the belt prototype has been imagined with Robur. We are actually waiting for a new prototype. In parallel, we are also working with students from the ESDES, a business school in Lyon, to make good communication about the project. 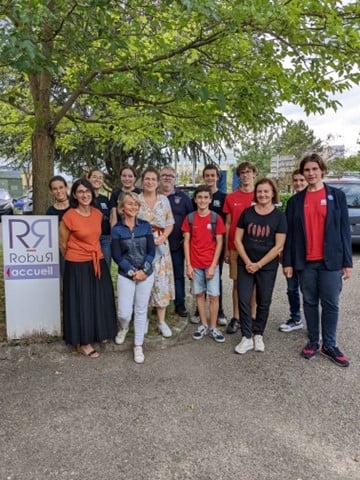 This post was written by Oscar Collins, Jean-Marie Nazaret and Andy Valla

Hello all, this is the first post after kickoff. The whole team was super excited to discover this year’s game. The update of this build thread began with a chaotic start however, we decided to put together our notes Sunday afternoon and post our updates on Monday night.

Right after watching the Livestream and reading the Game Manual, the whole team was thrilled: it was a Pick and Place game and one necessitating some type of Lift Mechanism at first glance.

Pick and Place games have been difficult games for Robo’Lyon with an exception for the 2017’s game Steamworks. So, the team is particularly motivated to overcome this challenge.

Some of the particularities that Robo’Lyon has noted:

Robo’Lyon is particularly happy with the game pieces. Indeed, from September to January, new team members follow traning which involves a blank kick-off, a lot of prototyping and team building.

For this year’s blank kick-off, the team chose to work with… traffic cones. This means the team has been working over the past 4 month on picking up cones. This is great news for us.

The goal for us is to use this lucky advantage and focus on pushing our previous ideas to the limit and focus on three core principles:

Before diving into the actions and cycles, here is a recap of the scoring table provided by FIRST and some key points of our strategy analysis. 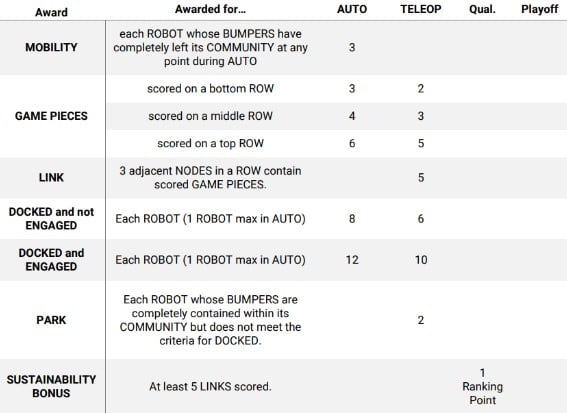 From this scoring table, our team lists the list of tasks that our robot can do without prioritizing them. From this list, we can then determine cycles. Cycles are a list of actions that can be repeated continuously to score points. Unfortunately, being French means our strategy is in French. However, DeepL can do wonders these days, so here it is:
Round3.xlsx (25.6 KB)

One very strong analysis tool we were able to put into place this year is a real-size game simulation. This was done quite easily:

This is what it looks IRL: 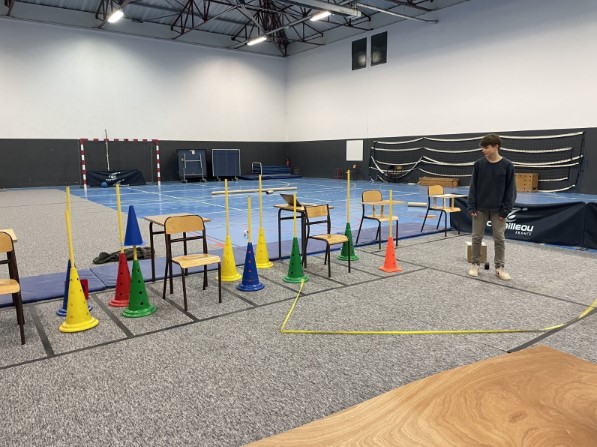 This helps us identify many things but here are the most important:

The complete analysis of cycle times and tasks is not yet finished since we do have to test prototypes on this “field” to validate or not some of our predictions.

Nevertheless, here are some interesting strategies that come out from playing the game:

Here are the two possible defense zones for each alliance:

Another note is that it is nearly impossible (for us at least) to get a ranking point by ourselves (meaning the two other robots do not move during the match). This means our objective of controlling our fate is quite difficult this year, unlike last year where in theory it was possible to get one ranking point from cycling enough cargo to the low goal.

We haven’t timed our Autonomous period and teleop period yet but we will be sure to post an update about that next Monday.

After the strategy, here are the actions and ideas the team wants to focus on and achieving this year:

Breakdown of the robot into mechanisms and prototyping

As said previously, during the offseason, we saw that the FTC game was using some specials objects. That’s why a little team started working on an intake prototype for… Cones!!! 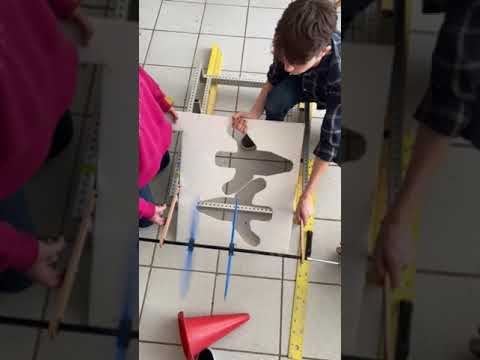 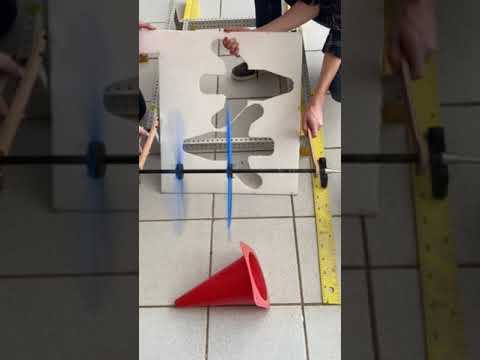 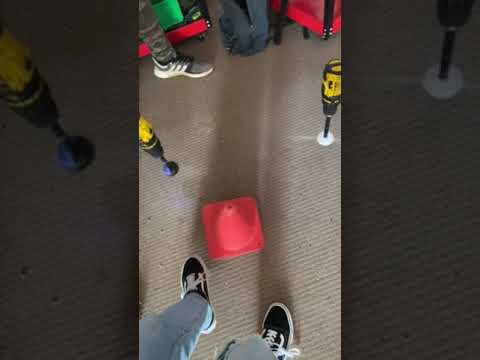 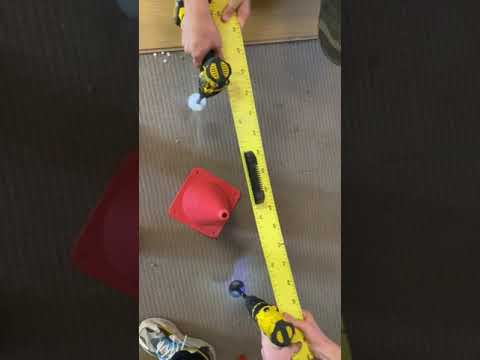 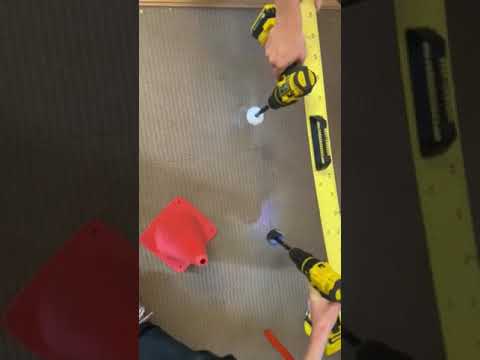 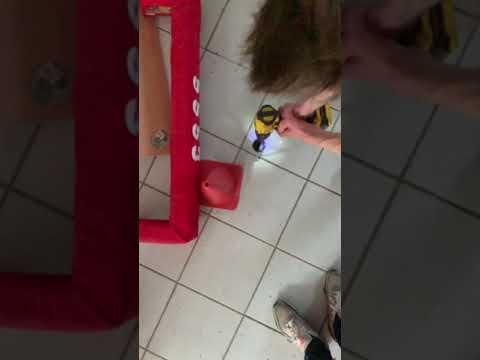 The next prototypes we are working towards are the prototypes from Ri3D, especially the roller ones. We have a tendency to try and find the best “touch it grab It” intake. This means that once the robot is in contact with a game piece, we immediately control it inside our robot.

Our team considers that we have “mastered” the art of turret design. This is why we want to try and build an arm on a turret. Indeed, we do not master swerves so we have to find compensation and this is our solution: a turret. There are no prototypes yet but a lot of resistance tests have been carried out on our 2022 robot and we are proceeding to some preliminary CAD designs.

We are still debating on the “lift and extend” mechanism although most of the team is leaning towards a tilted one-stage elevator with an arm. We have been building an elevator as training for rookie members and the team is quite confident about pulling this trick. These prototypes take more time to build so time will tell if we are going in the right direction.

We also have a new type of mechanism this year: the unscrambler. This mechanism is to deal with the orientation of the cones. A few ideas have been thrown out and a few are being prototyped as I am typing.

The gravity unscrambler: this one works with the ability to yeet the cone onto a slope and use gravity (the bottom of the cone is heavier than the top) to flip it. With a system of bars at certain rights, the top of the cone either slides up against a steeper slope and slides back down in an upright position. Or the bottom of the cone falls down a chute (because of gravity) and the cone ends up in an upright position. Preliminary CAD drawings have been made but nothing I can post here yet because of the mess they are now. 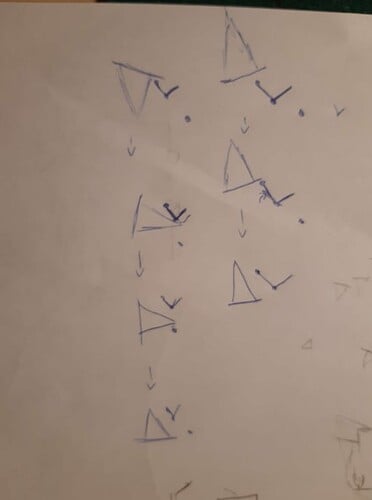 The classic conveyor unscrambler: this one is quite conventional and is a row of wheels on each side of a conveyor that can rotate in different directions to get the cone facing one direction or the other.

The CAD drawing speaks for itself: 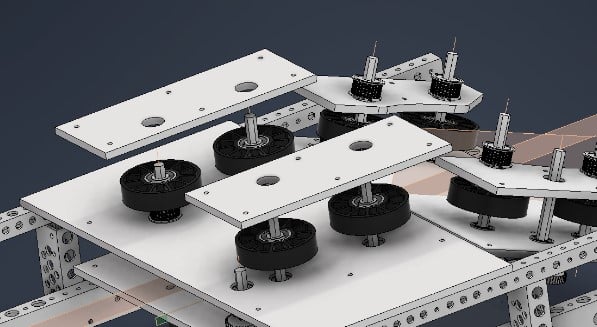 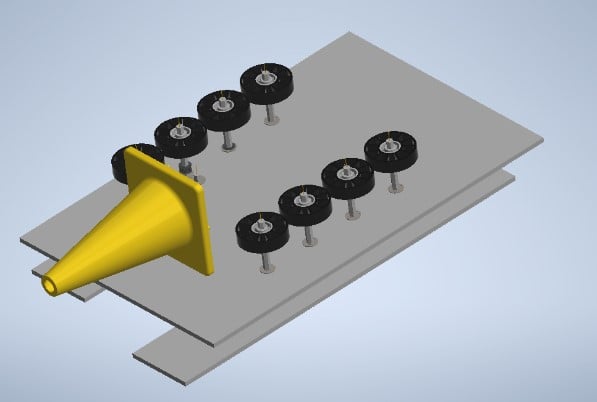 All of our ideas of the unscrambler are based on the fact that the cones enter in a horizontal way. They also work using a funnel: so, the cones are also forced to align in one direction

Our drivetrain is a WCD with two speeds to maximize the efficiency of the cycles and the approach phase for scoring and loading cargo. The CAD is under review and all the files will be sent to our shop on Monday. We expect to get our drivetrain before the 27th of January.

Our final game analysis will probably finish this weekend or during the week. We will try to make a good summary of everything by then.

Hey guys,
I know you probably have not received your game pieces yet. I just want to give you a heads up that the cones. They are not hard plastic as what it sounded like in the video. They are more rubbery and compress fairly easily. I am sure you probably already knew that. Good luck this year!
Brandon

Hi!
Yes, we did receive cones! And we have tried all our prototypes on them as well and for the most part, it behaves pretty much the same if not better because the game cones have a little bit more stick to them since they are in silicon.
Thank you for the message though!