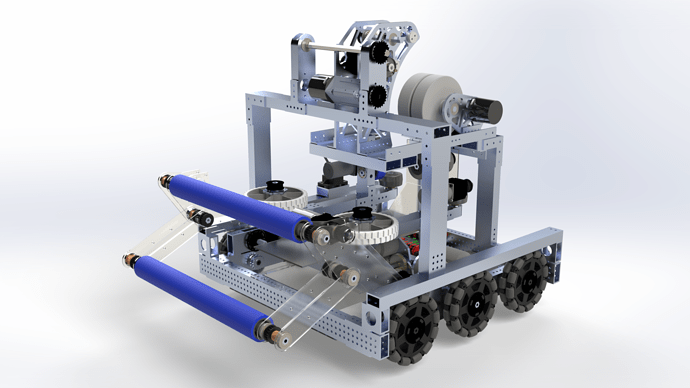 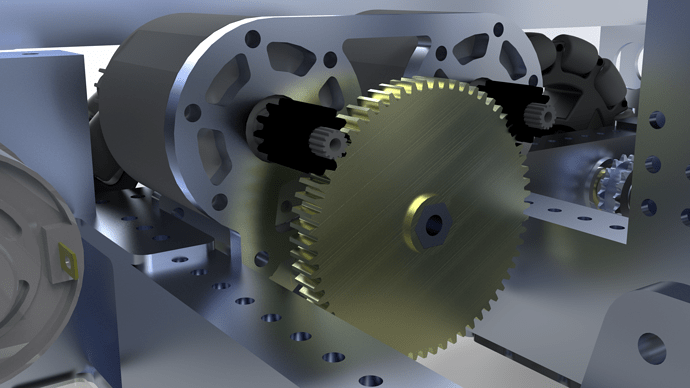 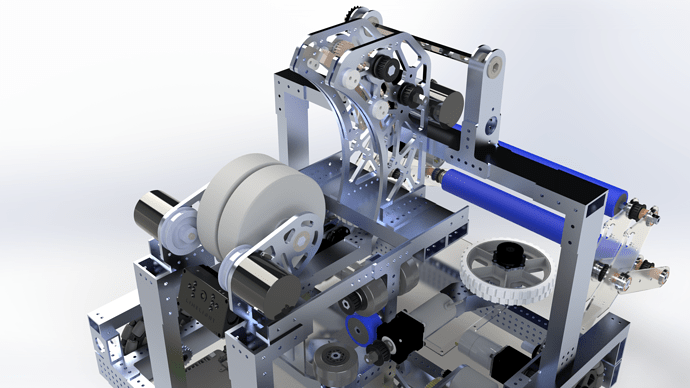 Looks like a very nice robot. What motivated the decision to use all omnis?

A few things about this years robot:

Drivetrain: Deca-like drivetrain using two Falcons per side and one in the center.
Shooter: 6" Colsons with live hubs from vexpro driven by two Neos.
Conveyor: Poly Belt carries balls back and up to the shooter.
Intake: Double rollers bring balls over the bumpers (not shown), Articulated by a pair of BAG motors with 180 belt drives.
Climber: Neo with a 64:1 reduction via a CIM Sport gearbox.
Elevator (not shown): Lifts hook up and onto the bar.

To actuate the intake and to spin the conveyor belts, we used two BAG motors on one motor controller using a Y splitter (nicknamed chromosomes).
For limit switches, we used hall effect sensors and magnets attached to the actuated mechanism.

This robot uses a H drive like this one. There is a gearbox in the center of the robot driven by one Falcon.