That’s part of why I asked, I was wondering if that was the case.

This list is in a lot of ways the order of what we plan on prototyping. If we can’t get a shooter down to the level we think is needed the intake won’t be as useful. We obviously plan to have both so the order isn’t incredibly important to us at this early stage. The logic is that if we can’t shoot the balls consistently there isn’t a huge reason to intake more.

That’s interesting. Part of the reason we choose to put together an ordered priority list is to help us when we need to make tough decisions like cutting a mechanism when we start to run out of resources to spend on it. So in our case, we’d choose to cut the shooter over the intake, because if we can intake we can continue to move balls around and potentially pivot to a low goal scoring robot. Where as if we were to cut the intake and leave the shooter, we’d shoot three balls near the start of the match and then sit until the endgame. This is of course just one part of it and the reason I was kind of scratching my head when I initially saw your list.

Different approaches is all.

I’ve bookmarked this thread and sent it to a few teams. I can already tell this is going to be one of the best resources for teams this season.

Will have a bigger update tomorrow but just wanted to show the first pass at our scouting app.

But the enthusiasm and engagement of the team seems to be at a fairly high level so far, hopefully paving the way to a good season. Right now, the whole team is working full-steam in order to create a variety of prototypes, including climbers and shooters.

Although it is the beginning of the school week, there are still a solid chunk of team members here scattered throughout the shop doing a variety of different things: prepping battery terminals, pneumatic systems, making intake/outake mechanisms, and CADing the drivetrain. We’re super happy with the current student team lead structure we have in place and this is driving the team in an efficient manner and making sure all the students are staying engaged.

The roller intake group is working on an over-the-bumper intake to grab the power cells from the floor. Originally, they made a prototype that was roughly an 11.5” by 10” structure with the goal of bringing the power cell over the “bumper” which was simulated by a wooden 2” by 4”. The inspiration for this design was mainly from team 254 from the 2017 FRC game. This version proved to be able to engage with the ball easily, so the group worked to push rev 2 through and get it build. Below are some pictures and videos.

Right now the elevator/buddy climb group is designing and building two different prototypes, one for an elevator-style climber and another for a small buddy climber. For the elevator-style climber, the design loosely matches the common mechanism for the 2018 season with some modifications in terms of height and how it is driven. Theoretically, it’s going to be a three-stage elevator with two hooks on the end to hang off of the rung.

As mentioned before, we are putting effort into trying to develop a buddy climbing system that is as simple as possible. One possible idea is utilizing a piece of kitbot frame bolted onto our alliance partners. We would utilize this piece of kitbot by sliding a piece of 3×2 metal into the kitbot frame utilizing the cantilevered moment to pick up our alliance partner. Below is a video showing how exactly we’re testing this method. Still lots of questions about the legality of this subsystem but a positive result showed it may be possible.

In the first video we had the realization that the bottom of the kitbot frame was resting on a piece of the other robot and we wanted to isolate this to determine if only the 3×2 and the piece of kitbot could support the weight of the robot. Below is a video after removing the pieces that were interfering and it is just solely resting on the kitbot chassis and 3×2.

Moving forward we will be testing the complexity of a totally robot driven mechanism utilizing these designs.

The past two days have been utilized to design and build the next revision of the original shooter prototype, unfortunately due to many variables these designs did not hold up or produce good results. We are back to the drawing board to try to design a hooded shooter prototype that we can easily change gear ratios, number of motors, compression on the ball, and type of wheels. Below is a video of a 4 in fairline Mashmallow wheel shooting a power cell 47ft utilizing two direct driven NEO with 3.5 inches of compression.

Ready for the next revision of the prototype shooter

Over the course of the last three years we have been purchasing and using batteries without putting much thought into the batteries preforming at the maximum capacity. Big thanks to FRC 2791, Shaker Robotics for letting us steal their battery testing and deep cycling setup for the week so we can get the most out of all our batteries this season!

One of the other mentors who knows more about how this works will pop in our build thread on Chief Delphi and answer any questions!

Rest of the week

During the rest of the week the team will start to put together a prototype hopper/ball transportation system. On top of this, we’re going to work to put together a better design requirements sheet for both our week 1 and our week 5 events with goals and detailed plans on how to achieve all of these goals. More updates tomorrow morning!

The smile on the students face in intake video 1 made my day. Great stuff

best part of my week

Below is a video of a 4 in fairline Mashmallow wheel shooting a power cell 47ft utilizing two direct driven NEO with 3.5 inches of compression.

Keep safety in mind when spinning up these wheels. I noticed in the video the level of expansion in the wheel, coupled with the student sitting in-plane with the wheel, which seemed decently unsafe.

We use safety wire on our Fairlane wheels to prevent delamination of the wheel from the hub, and possibly even worse failures. Details here: Flywheel Do's and Don'ts

Thanks for sending that over, will check out that link and share it with the students. Priority for the next prototype is to be significantly safer as we discussed this after concluding testing last night. Easy to get caught up in the prototyping and just say send it, but safety should be the priority over everything.

As a small little project a few of the students decided that wanted to interview some of 6328’s newest mentors, check it out!

Today we decided to do interviews on some of the new mentors for the team, asking them some questions having to do with their FIRST beginnings in mentoring and being on a team. 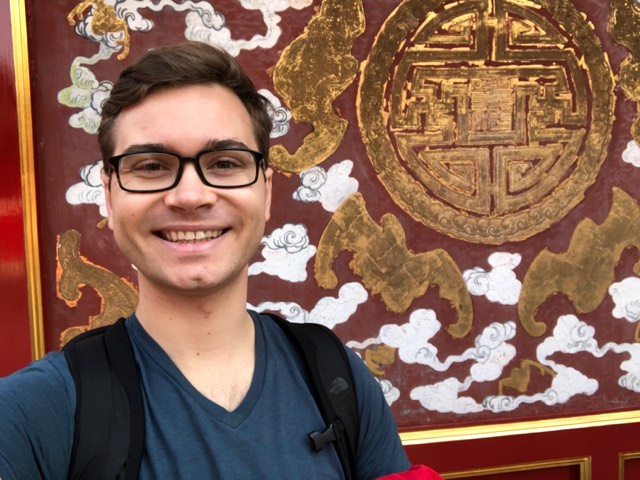 *editors notes, Andrew joined 6328 about an hour prior to this interview, welcome aboard Andrew! 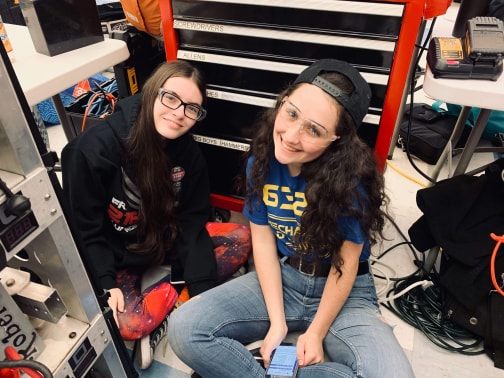 When asked who his favorite mentor is: “It’s Dee, I feel like that’s a safe answer.”

This thread has mentioned compression twice, once in the beginning stating 2 in. of compression and now 3.5. Now I had doubts that it was correct, but now that it has been said twice it clearly is. My main question is: does the compression delta refer to the diameter of the ball, or is it noting something else. From both looking at the first picture of the ball in the hood doesn’t look quite like 2 inches and when putting a board above a power cell and crushing it until the ruler said it had compressed two inches, the ball looked like it was completely crunched.

Could someone elaborate more about this? I understand that compression is one of the key variables in a consistent shooter, and I’ve read that 2 inches worked well in stronghold. But when doing my board test, I’m lost as to how even 1.5 inches would work.

thanks in advance, good luck teams.

So before explaining something big to remember is that the wheel is only so wide, between 1.5in and 2in in this case, so when the ball is compressed the sides of the ball roll over the wheel like you can clearly see in the picture of the first shooter. So taking a board and smooshing a wheel down two inches isn’t a good representation of what it’s actually like when the ball is compressed in the shooter.

With our newest revision of the shooter we’ll have the ability to change the type of the wheel, motor speed, amount of compression. In our given case we’re planning on testing each combination of different options to see what yields the best results consistently. This is a relatively straightforward approach to testing but is time consuming so we’re making some assumptions. We know we need a 4in wheel for packaging reasons, so that cuts out a lot of testing, and we’re starting with at least an inch of compression based on Stronghold results. We’re also looking at what some of the best teams are using for wheels and trying to cut down the number of wheels to test. We’re left with a 4in colson, this urethane wheel, and this neoprene wheel.

Let me know if you have any other questions!