Hope everyone is doing well in these tough times. To get some practice for our students we’re going to give the Spring Special F4 CADathon a try and #openalliance the process.

We’re also hoping to get our students a lot more active in the process of sharing information as the process is happening, so they’ll be doing most of the posting and feel free to ask as many questions as possible!

Disclaimer* We’re also going to be shifting completely from Solidworks over to Onshape, so this might be a little bumpy of a process so bear with us.

Hi everyone! I’m Maddie, a project lead, CAD/design lead, and outreach lead on 6328. Last night, our CADathon team got together to assess the game, and here are our takeaways!

In order to best evaluate the game, we sat down and worked through the Shaker Kickoff sheet last night as a few groups, the document is a condensed version of all the answers! Here’s a link to our original doc and below is all the answers, feel free to ask any questions!

The purpose of this worksheet is to identify important rules and strategies for the new season.

Make sure you answer the rules questions before you try and start on the strategy questions! Otherwise, you may think of a strategy that is illegal or miss out on a killer strategy! While this may seem time-consuming, we’re actually doing this to save time by making sure everyone thoroughly understands the rules. Remember, If we don’t do something right the first time we need to make time to do it again.

Keep in mind that while these questions cover many different parts of the game, it is not necessary to do everything to have a successful season! The jack of all trades is the master of none.

Periods of the match

How to earn points

How to get penalties

Defense (and how to avoid it)

During our first Zoom Meeting, we talked about the rules and came up with a priority list labeling what we thought was the highest game priority and what was not, going from most important to least important.

*For the height, we knew that the limbo went down to two feet, but we decided that we didn’t want to go that low in fear of not having enough room to intake weights or footballs.

**Also if you score eleven weights on your alliance’s side of the field, then a ranking point can be earned, taking priority in this situation.

Yesterday, our team met again on zoom and decided we wanted a swerve drive for this game. A swerve drive allows our robot to move side to side quickly so we can align ourselves with the weight pegs for loading and scoring. The swerve drive module we are using is the SDS MK2 Modules. 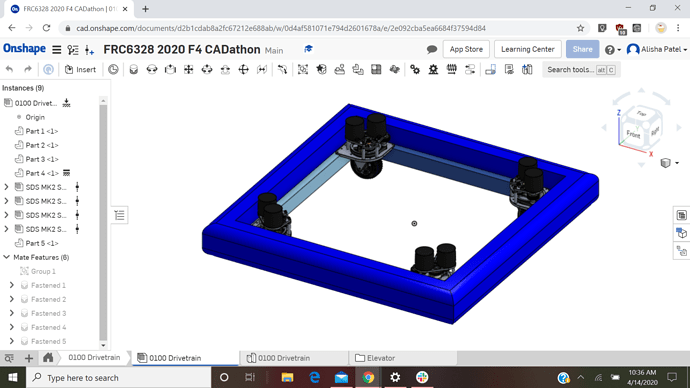 Hey y’all! My name is Hallie (I apologize I forgot to introduce myself), I was the assembly lead for the 2020 season as a student on 6328 and I’m happy to be on chief!

The current project I’m working on is an arm so that we can park by merely breaking the plane of the Endzone, moving via a double-acting pneumatic piston/cylinder (1.5" stroke and 9/16" bore). This design was inspired by team 2791 Shaker Robotics and their control panel mechanism as it pivots back and forth. 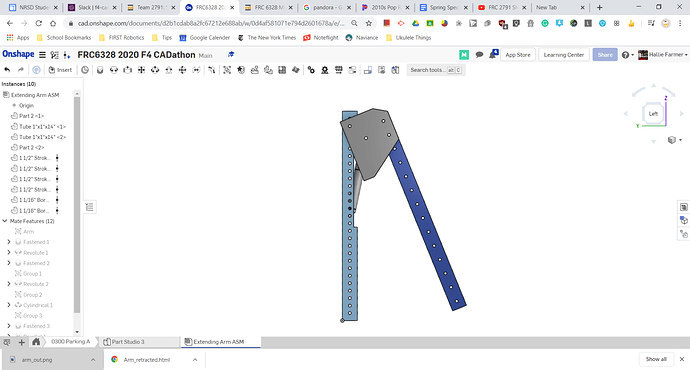 I’m still working on it and fooling around with the dimensions, but I’m open to suggestions and tips on how I can make it better!

Here’s the out position! 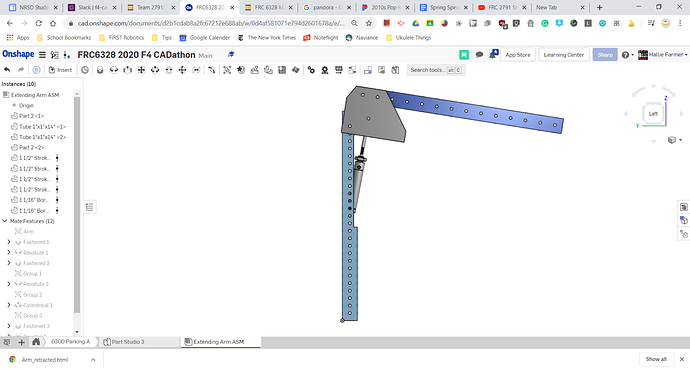 I’ve been working on a weight manipulator mech for the past few days, and I’m proud to show y’all the first revision! It consists of two parts: one on the bottom for picking weights off of the peg, and one on the top for catching them from the HP station. The robot would drive into the peg (or HP station), and the bumpers and slot on the two plates would align it. Then, the pistons would retract and the fingers would grab the weight, and an elevator would bring the mech up. -Maddie 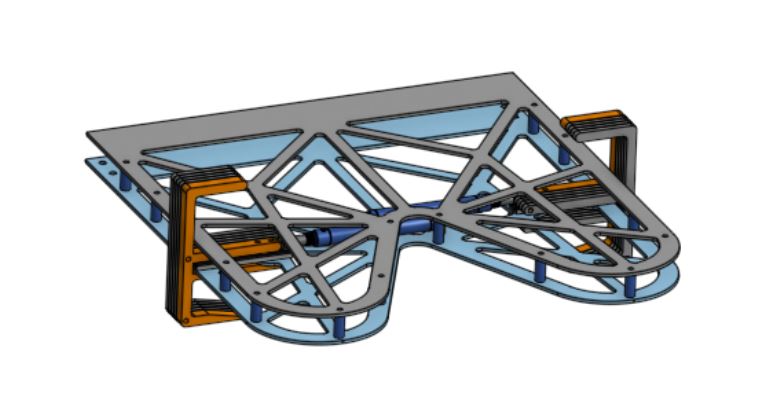 Hey everyone, I’m Shirish, a project lead as well as a CAD/Design lead for 6328. For the past few days, I’ve been working on an elevator design for this game. The elevator we are going with is heavily inspired by 1678’s 2015 robot, Lemon Drop. 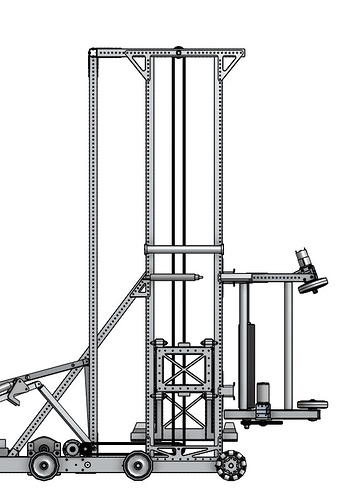 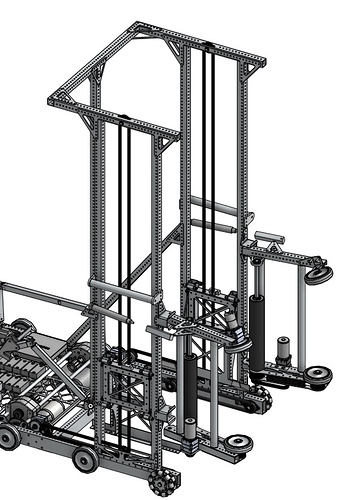 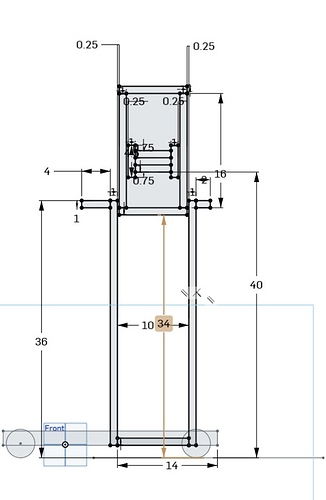 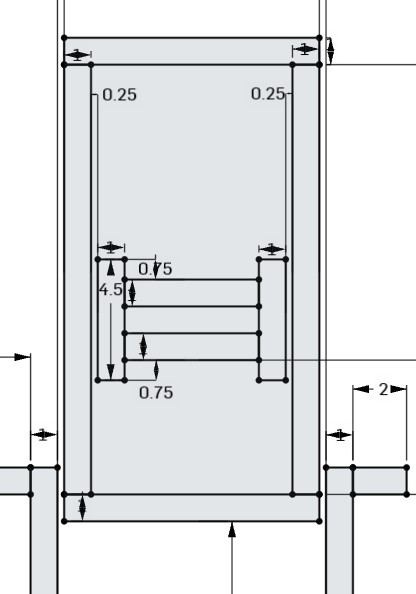 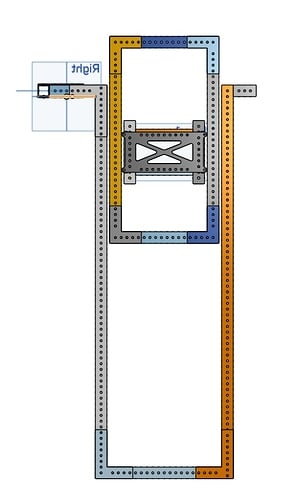 A couple of general updates (week one) on the Parking Arm: 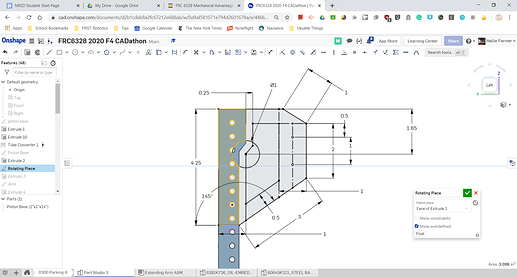 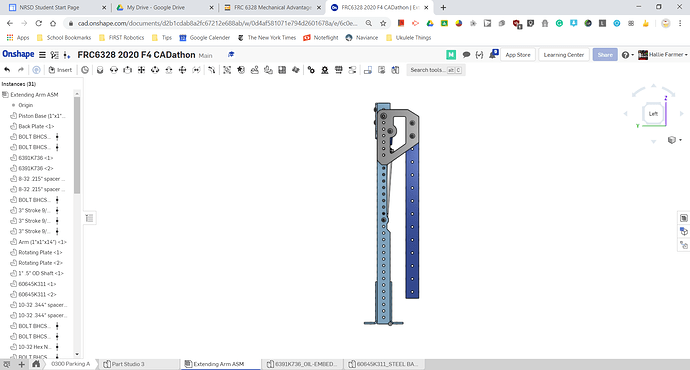 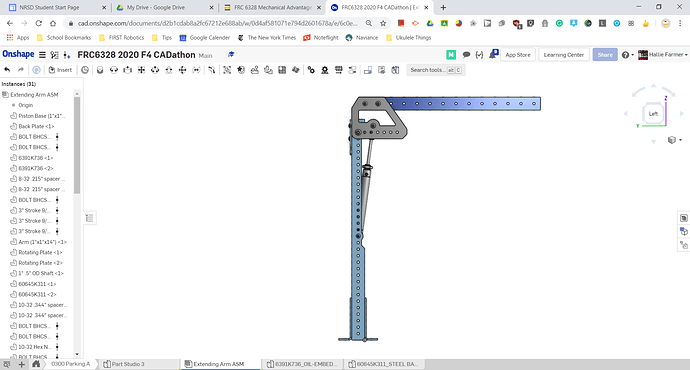 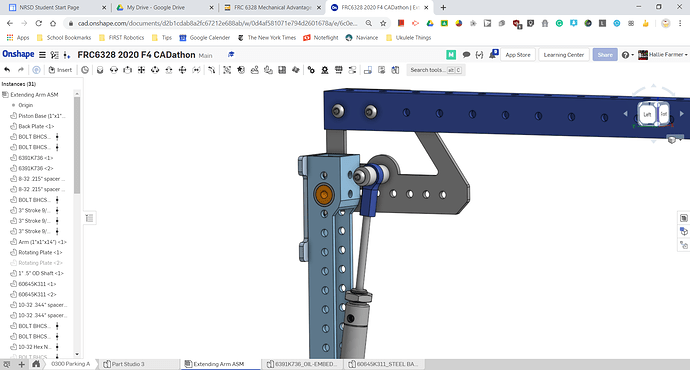 Still working on Bumper Clearance because the arm only extends about 8.5" outside of the frame perimeter which isn’t enough (should be 16") but can be fixed easily… hopefully

I’m not sure how helpful my ideas are/how much y’all are looking to figure this out on your own, but here’s my two (more than two) cents. I think the parking arm could be a lot simpler if you extend the plate you have attaching to the pneumatic cylinder, make it entirely polycarb, and add a couple spacers for rigidity instead of using box beam. You could also mount the piston on the outside of the box tubing. Also, is there any reason the elevator needs to be double sided? The game pieces are heavy, but a doublevator seems pretty overkill for a single 10 lb game piece.