Adding onto what karthik is said:

Rachel is using the term “throwing” very loosely, and this line becomes extremely grey when you consider all the strategic depth of competing with two robots.

There has been plenty of discussion on throwing, and how things like NOT climbing (when you are able to) is or isn’t GP. These issues only come up at a handful of events throughout the season, normally near the end of qualifications. This whole issues becomes amplified when you have essentially 12 opportunities from your “B” robot to affect other robots without affecting your “A” bot. I wouldn’t expect any team competing to win to not take this approach (see f1 drivers letting teammates pass / defending off other teams for their “main” driver. If you have two drivers competing hard for the win they run the risk of crashing into eachother).

First could consider to incentivize lots more B robots (lower registration fees?) if they are ok with the macro strategy introduced and essentially level the playing field.

H105 *Asking other teams to throw a MATCH – not cool. A team may not encourage an ALLIANCE, of which it is not a member, to play beneath its ability.

H106 *Letting someone coerce you in to throwing a MATCH – also not cool. A team, as the result of encouragement by a team not on their ALLIANCE, may not play beneath its ability.

Not all head refs are willing to enforce these.

Somewhat recently, myself and 2 others (from different teams) reported a team for H105 violation; the head ref said there is nothing they can do about it and dismissed us. Said team did the same thing in 2012, 2014, and 2017. Said team has also won “the most prestigious award in FIRST” more than a few times. Said team also definitely has the ability to field 2 teams per year.

As much as we would like to tuck ourselves in and tell ourselves that GP will prevent these scenarios from happening, it doesn’t. Rachel brings up important questions that we need to think about.

This has happened… I remember hearing about it when I scorekept at Ontario’s London District Event in 2017. One of London’s most prolific mentors (whose name is escaping me) worked with a lot of local teams and he got a WFFA nomination off of two of them.

The drive to win pushes humans to do some pretty nasty things.

The sister team thing seems pretty common on FTC. How is it working there? Are there more specific rules?

FTC is not exactly a program known for very specific rules.

Snark aside, this is absolutely super common for FTC and frankly I’ve never seen it been an issue. I’m not exactly sure why this was truly necessary for FRC.

How does judging work for things like the FTC Inspire award or other FTC team attribute awards for “sibling teams?”

I think it’s pretty easy to distinguish between two robots for judging – even if they have the same design – based on their performance at the event and the student explanation of the design and building process.

I’m curious, though, how teams talk about outreach, etc. in the context of multiple teams from the same parent organization.

I’d think something like Dean’s List is kind of a non issue since many organizations have several teams compete at the same event, so it’s not doing anything to the total balance (not that I’m against this in FRC – just that there are even fewer considerations in FTC with this).

How does judging work for things like the FTC Inspire award or other FTC team attribute awards for “sibling teams?”

When I coached FTC (3-4 sibling teams), we instructed them to document their role in each outreach event so they could help the judges sort out who did what. The program as a whole kept of log of which students helped at each event, how many hours, who took leadership roles, etc. In most cases, the most deserving teams (the ones who led most outreach) who presented their work to the judges in the most effective way did come out on top in the Connect/Motivate/Inspire-type categories.

The one thing that still annoys me, though, was that one of our FTC teams was completely discredited at FIRST Championship one year because they were affiliated with an FRC team who made it to the same event and made the mistake of mentioning it to the judges. The kids didn’t do a very good job of explaining what their members had done and that they had actually led the FRC team into all the outreach and not the other way around. So there is that conflict to think about as well if you have kids in both programs.

So there is that conflict to think about as well if you have kids in both programs.

Or, an opportunity to teach students to assume that the people they are talking to do not know any of their background, and the importance of explaining circumstances clearly.

Richard, I’m with you on this. We (I) have never asked a team to play below their abilities in order to win. I understand the scenarios as a coach for many years. I just dont play that game, even though I see others do it, including this season. I recall us briefly talking about it at an event this season. To each their own.
I represent my students and team. There are long lasting effects beyond students graduating. They remember what you do or dont do.
There are no rules for setting a team’s trailer on fire with their robot inside. It doesnt mean I can and will do it, ever.

There are no rules for setting a team’s trailer on fire with their robot inside.

State and local authorities almost certainly have rules against this.

Yes, but this rule only prevents a team asking another team to throw a match, or being coerced into throwing match. There is currently no rule against a team choosing to throw a match on their own.

Just to be clear, I absolutely think there should be a rule against throwing matches.

What qualifies as throwing a match?

Does any use of a (perceived) sub-optimal strategy count as throwing a match? If a team refuses to play defense in a match because they want to show off the scoring mechanism they spent the last three hours fixing, even if it might hurt their odds of winning that match, does that count as throwing? Does a team opting to play for “guaranteed” bonus ranking points over contesting a match that’s questionably winnable count as throwing? What if a 2018 team opts to run their switch autonomous to secure that auto ranking point instead of contesting the scale, which may give them better odds of winning the match? Is it throwing a match to rotate drivers over the course of an event, results in some matches with a “better” drive crew and some with a less experienced crew? How do referees distinguish between general mistakes, technical issues, and match throwing?

I support a rule against intentionally losing a match in order to manipulate the standings. But ultimately that rule would be largely symbolic and probably unlikely to be enforced unless a team directly admits it to a referee. That’s A-Okay with me, even if it’s just there to put it in writing that such behavior should not be tolerated.

What I’m thinking of is more like one team that fields two robots (two “teams” at a competition), not two teams with identical robots, so from the team’s perspective they really just want one of their robots to win.

I wrote some of the more extreme strategies, most of which I think could never actually be run in competition, but in reality teams already have conflicting goals they weigh all the time that don’t always clearly result in trying to win a match.

IMO a longer term sustainable system would be to mitigate these strategies through game design and tournament structure (no round robin or tiebreakers in elims, and carefully picked RPs and tiebreakers for quals). I don’t believe we ever could, or should attempt to, limit strategic decision making by banning teams from making long term strategies, but as a result there will always be a large gray area.

Most teams would be totally fine with these:

Now we can keep pushing it:

Now you can run the same scenarios, but you have two robots and twice as many matches to play with:

Just to be clear, I absolutely think there should be a rule against throwing matches.

I support a rule against intentionally losing a match in order to manipulate the standings. 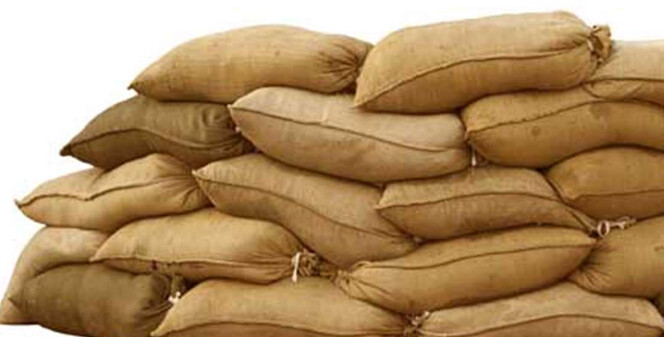 I recall other efforts to make an anti-sandbagging rule. This has been a recurring CD topic ever since alliances were formalized in the late '90s.

Not to mention; what if they “accidentally” throw a match? Bad battery? Drivetrain disconnects? Climb malfunctions? Shooter gets stuck? None of those are intentional (generally). But in a way that could qualify as throwing. It’s an unenforceable rule and you’ve echoed my exact thoughts.

Good use of quotes. Because if it’s an honest mistake then calling it accidentally throwing is almost an oxymoron.

I feel like this is an area where like Sean said you would need someone with a good conscience to report (even/especially if it’s a member of the team that’s throwing). Let’s say there’s a scenario where a coach said out loud “put in a dead battery.” Etc… Any other member of that team or alliance would be the ones who need to self report that in order for a rule to be enforced in my eyes and even then maybe you’d need the coach in question to admit it to the ref. I’m not sure if anyone has ever been that obvious or intentional about throwing a match but it sounds like such behavior is unfortunately possible.