I was informed in the past by an FTA when I tried to make a team stay by the field instead of going back to their pits that Queuers are not allowed to force teams to stay by the field. If they want to go back to their pits they can do so but they are responsible for getting themselves back to the field on time.
Last weekend at Buckeye I convinced the red alliance (I was not the lead queue. I was just working the red side of the field) to hang out by the side of the field. It was very spacious and well lit so they agreed to do so. The blue alliance kept leaving the field area but had plenty of field staff to get them back to the field in time.

That was a notably different situation though. In that blog post, Frank was directly apologizing for a decision he made. While I don’t know for sure, presumably he was not involved in the decision made in Long Island (or at other events). Given that, he is in a difficult position; does he:

This is in line with what I’ve always understood as a Lead Queuer. I make it a point to tell every team their next match number, bumper colors, and my best time estimate once playoffs start, and starting in semis, I’ll strongly recommend they stay by the field.

I usually start with something like “you’ll need to be on the field in less than two matches, so I’d recommend you stay here to work on your robot.” And if I get pushback, I’ll recommend that they leave at least one member of drive team near the field to monitor the matches and stay in contact with the team. I’ve had very few people refuse that second suggestion, and almost all seem to benefit from it.

When I was at buckeye in 2018, come elims (maybe not quarters) at some time we wound up just rolling our battery cart or tool box over to the queuing area. Not sure if our other alliance members brought anything over but we did have it there if needed. (Luckily we didn’t really need to do much other then make sure nothing was loose all elims.)

At NYC (back at the javitis center) we did something similar and had to pull apart half our chassis to repair a broken wheel sprocket and swap it out. Had we gone back to our pit we may have missed the match.

At FLR atleast once we sat off to the side of the queuing area to repair our bot while waiting for our match and keeping an eye on the clock to see if we needed to burn our timeout.

I don’t think I’ve ever been told I couldn’t have my bot near the queue in elims, or had a problem having extra students around.

b) apologize for the overall situation (“I am sorry for the distress this has caused”), take responsibility for the rules that are in place that the volunteers were following (third to last paragraph), make an admittedly temporary fix for this season, and commit to look into it in a more major way for next year

The blog post does not address that the rules were not followed at LL2, that is the problem and it belittles the effect it had on those teams as a “feels-bad-moment”. It shields the volunteers behind a rule set that does not exist.

If a student on my team does something wrong to another team, absolutely I’m going to apologize for them, I’ll tell the other team we were wrong in doing that and that we will try to change our training so that it hopefully doesn’t happen in the future.

So what you’re looking for is more like the (very rare) case of the NFL acknowledging a referee error? It’s extremely rare but it has happened. 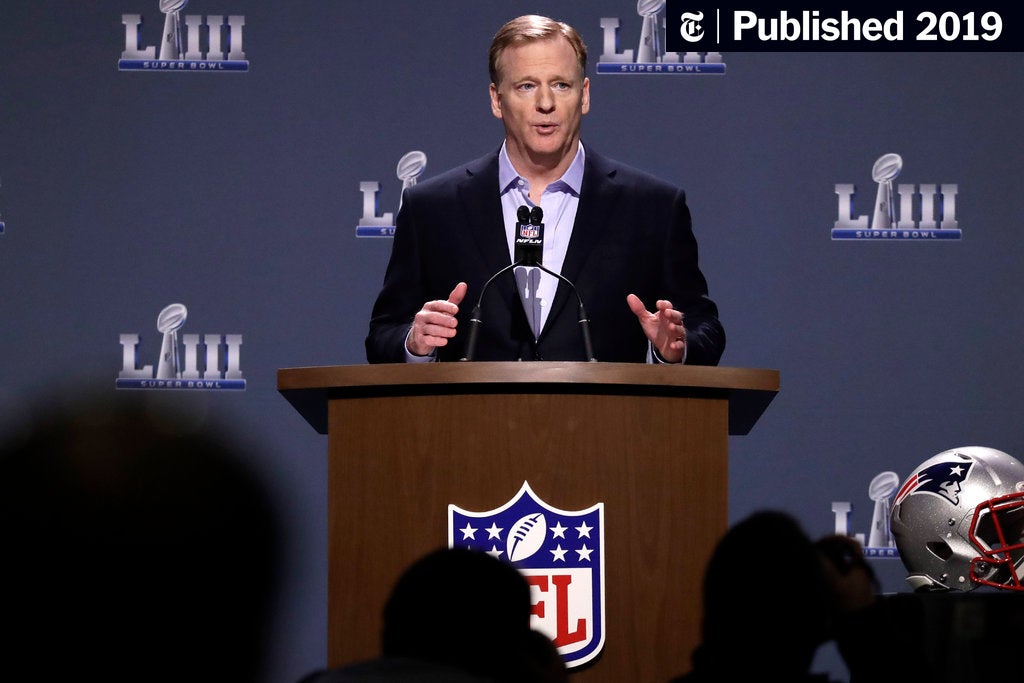 Goodell, the N.F.L. commissioner, said the league is considering changes to prevent a similar situation but that replaying the game was “absolutely not” on the table.

FLR has ridiculous amount of floor space and we have had all eight alliances stored by the side of the field for eliminations. But the pits are also pretty close so in many years we let them go back and forth to their pits. I can’t recall a team ever getting locked out there.
This was my first year volunteering at Buckeye and I was surprised how spacious it was down by the field especially on the red side. We could have kept whole teams field side starting in the semis if we wanted to.
Every time I set up the queue for an event I always think about how we could use the space during the elims. At Tech Valley they had a large space by the side of the field that wasn’t being used for anything else but for team media to hang out. Me and the FTA thought it would be a great place to let the teams stay during the elims but in the end we let them go back and forth to the pits. In two weeks I go to Midwest and there is no place to do anything but go back to the pits and I have had several teams over the year miss matches there ( I had one team go to the practice field instead of a scheduled match and another one execute the climb in 2017 on the practice field just when their match was beginning so they were stuck there. And I have had HUGE problems keeping track of the backup bot which is a part of my elimination setup (I always keep the back up bot AND the drives team nearby so I can get them on the field at a moments notice. There is no place to do that at Midwest).

Correct, I think what Chuck wrote to all LRI/RIs is a descent example of acknowledging that the way some things have been done in the past are unacceptable and making it very clear what the expectations are for volunteers moving forward.

LRIs and RIs, I have just sent the following to all LRIs. It is intended to be consistent messaging regarding robot inspections and processes. LRIs should be passing it down to RIs under their watch at their events. It may be informative for the broader FRC community so in an effort to provide full transparency this is the entire message just sent to LRIs verbatim. V/r, Chuck LRIs, I’m going to apologize up front for the length of this message and admit that this is not exactly the best…

Currently teams are going to still need to do whatever is in their power to ensure 6 team matches, and I don’t think that teams and volunteers should be at odds like that.

At FiM West Michigan during our first QF our intake was damaged. Back at the pit it was determined that a one side of the intake mechanism was damaged and our Neo550 was smoked.

I (the drive coach) went back to the que and told the alliance captain we needed a time out, and when to submit it. At about 1 minute after the end of the match she submitted it. The HR held the coupon and told her the time out will be called when the clock reaches zero.

When it hit zero we were told we have 6 minutes to be out of our pit and headed to the field. During the previous matches, the 2 minutes after the preceding match and the time out we changed out an arm, replaced the Neo550, connected the motor to a spare spark max and programming did some of their magic. I had started my stop watch at the start of the time out. We left our pit with 15 seconds to spare.

As we rolled the robot out of our pit the HR was standing at the end of the aisle and gave us a thumbs up that we were good for the match. We rolled the length of the field in a hallway under the stands, then into que and went directly to the field. This walk probably lasted over 1 minute. We were able to play but the intake did still have some issues.

If we had left our pit 30 seconds later (15 seconds late) and we were given a thumbs down I would understand that we did not meet the expectations as set forth by the HR.

Would it have been nice to have more time to ensure we were at 100%, yes, but that is also part of the game. Build a robust robot. This intake with some minor fixes had played in 32 prior matches plus practice matches and between events testing and practice at our build space.

I post this because I believe it was a good example of the HR explaining the time out coupon and the expectations required to enter the field at the time it was submitted. We did enter the field after the timeout had expired, but the HR had specified that as long as were had left our pit and were moving to the field all was good.

Communication between the HR and the alliance captain (with me listening in), communication with our pit repair members of the time frame constraints and our pit crew working very fast were the keys to a good experience.

That was a notably different situation though. In that blog post, Frank was directly apologizing for a decision he made. While I don’t know for sure, presumably he was not involved in the decision made in Long Island (or at other events). Given that, he is in a difficult position; does he:

Given the FTA at Long Island was a HQ employee/FRC staff, I don’t think it would be inappropriate at all for Frank to apologize for the actions of someone that presumably directly/indirectly reports to him.