Ok, that seems a fair bit simpler, but not in a “whole new ballgame” kind of way. And the bearing hole fudging thing would annoy me. Seems like the software (in both our cases) should be able to figure out which side of a cut line is the waste side automatically and position the laser or mill appropriately.

You should really rethink cutting PVC. Laser cutter vendors will tell you that you can cut polycarbonate with a good fume extraction setup. They will tell you that under no circumstances should you cut PVC. The combustion products are very hazardous and they can damage your laser cutter as well (they degrade rubber/plastics).

Cutting PVC invalidates the warranty on our Trotec laser.

Im curious about the machine you have.
I keep hearing about laser cutters and not quite sure about the different types and how they differ from each other other than table size (cut space) and power.
This is one that one of our mentors wanted me to get. Kern Laser Optiflex Laser System priced at 170k. All I know is that it has metal cutting capability.
I also have an Epilog laser engraver/cutter.
Is power and size really the only main differences?

Our team is interested in a sheet metal brake.
When I visited IFI in 2013 in their old facility, I saw a few and wondered about getting one. I assumed they had some pricey ones, and wondered about cheaper versions.
We have something similar to this but twice the length. https://www.baileigh.com/media/catalog/product/s/h/sheet-metal-brake-bb4812.jpg

We have a cheap box and pan brake. It gets the job done, but it definitely struggles on any plastic thicker than 1/8", and any metal thicker than 1/16". If we were buying again, I’d look for something with a segmented lower rail (which is hard to find) to allow reverse and partial bends. Or I might look at a press brake, which I’m told can be more accurate.

I’m still figuring out how to implement the advice with our box and pan brake.

A press brake would be excellent with an adjustable back gauge.

We can usually run one CNC job each day, maybe two if we push it. That would be one set of drive gearbox plates in a day. Lasercutting takes about a minute to set up even for a new user. Trained users have to use the CNC, and there’s way more things that can go wrong. Cutter breakage, improper hold down, missing a pocket, using the wrong tool, etc. There’s way more to go wrong on a router. Are we doing everything right? Definitely not, but I would also argue we’re better than the “average” machine user too. Don’t plan for the ideal case - plan for the worst one.

If you make your setup as simple as possible, the router can do almost as well, but the laser is far less worry. Not even a contest which one I would use all else being equal.

We also use our laser for most of our work. We also have our sponsor laser cut some sheet metal for us but we are reducing that.

Our 2020 drive gearboxes were delrin and we didn’t have an issue with them at our 1 event. We normally use a dead axle drives so our drive gearboxes aren’t directly loaded by a wheel but have a chain reduction to all wheels which may allow for Delrin/Acetal to be more successful.

Our router was used very little in 2020 mostly due to some issues with our workflow. We purchased a new router (ShopSabre 23) and hopefully will be able to make the CAM and work holding process a lot faster.

Thanks for the sharing the other thread link.
I saw this. 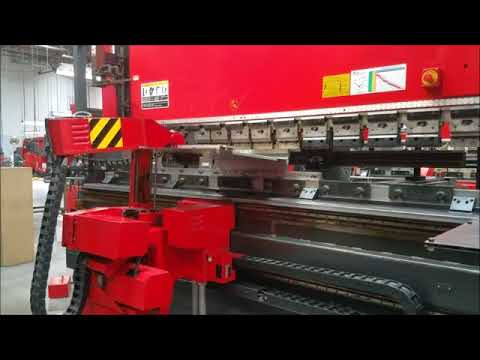 Im curious about the machine you have.
I keep hearing about laser cutters and not quite sure about the different types and how they differ from each other other than table size (cut space) and power.
This is one that one of our mentors wanted me to get. Kern Laser Optiflex Laser System priced at 170k. All I know is that it has metal cutting capability.
I also have an Epilog laser engraver/cutter.
Is power and size really the only main differences?

If you already have a water jet a metal cutting laser is pretty useless for FRC purposes.

Thanks for the sharing the other thread link.
I saw this.

It was stated that this machine is 22-25k? I find it hard to believe.
If thats the case, we definitely want to get one asap.

Used, maybe, but probably not. New that is probably 200-250k. Would also be pretty useless for FRC purposes. A smaller machine without a robot is going to be a lot easier to use and more useful.

In 2020, what machine would you recommend for laser cutter for a team? 3512 is looking to potentially make a big purchase this year I’m thinking a Laser would be a great compliment to our shop.

press brake would be excellent with an adjustable back gauge.

We got one of these through a grant last year. Pretty much one of the smallest hydraulic press brakes we could find with a DRO backstop.

Was about $20k all-in. So far, very happy with it. It’s a very approachable machine for students. And the small footprint is key for our limited shop space.

For laser cutting delrin, you really have to make sure you have a good focus and good air assist. Its flame is not self-extinguishing and it burns virtually invisible in regular ambient lighting conditions. Ask me how I know…

@waialua359 you should PM me regarding your future equipment considerations.

I’ve only used our Thunder Laser but we have been happy with it. You can save a lot of money importing a machine yourself or getting a generic machine but it depends on what effort you want to put in and features you want. Thunder Laser has US based support, and several convenience features (auto air assist and exhaust on/off, etc)

Thunder Laser USA is a manufacturer and distributor of enterprise-grade laser engraving machines. Superior customization at less than half the price—get it here.

I appreciate the quick response!

Thanks for the info.
I forgot to mention our actual interest initially in getting a laser cutter was to cut polycarbonate. The metal cutting capability is an add on feature.

We will probably pursue an Amada machine without the robot arms.

David, sure. I’ll bug you in the near future haha.

(Disclaimer: although I have a little experience with K40 and Boss laser cutters, I’m mostly answering from a laser physics / optics perspective.)

There are basically three major things to look at when comparing laser cutters: laser chemistry, power/modulation, and motion platform.

Motion platform: This one is pretty obvious. All else being equal, more space is more better. Some of them come with 4th axes, which may or may not be useful depending on what you’re doing. Pretty much the same concerns that apply to routers apply to lasers, except that lasers have basically no cutting force so rigidity isn’t as much of an issue.

Laser chemistry: There are a huge number of different kinds of lasers, but for manufacturing, the main ones are carbon dioxide gas lasers, Nd:YAG (neodymium-doped yttrium-aluminum-garnet) solid-state lasers, and fiber lasers, whose gain medium is optical fiber doped with something like erbium or yttrium. The laser chemistry is important because it affects the wavelength. Carbon dioxide lasers are cheap (per Watt), but the 10600 wavelength has some drawbacks: it’s highly reflected by copper, for example, which means you can’t really cut or engrave copper of any thickness with a CO2 laser. Nd:YAG lases at 1064, which is a lot more convenient for most common materials.

Power: All else being equal, more power will of course allow you to cut thicker/faster. However, you can play some tricks with the method of delivery to get better performance. CO2 lasers, like most gas lasers, are run CW: they’re putting out a steady 100 W (or whatever) beam. But with other kinds of lasers, the beam is frequently modulated, allowing you to cut deeper, or faster, or with a smaller heat-affected zone, or some combination thereof. For example, in college my research involved ablating cancer tumors with a laser. The beam had an average power of only a couple Watts. However, it was Q-switched, and all of the energy was compressed into pulses about a microsecond long, with a repetition rate of a thousand pulses per second or so. This meant that the peak power was several kilowatts. Since we were basically heating the tumor extremely rapidly followed by a comparatively long cooldown period, the net effect was to vaporize the tumor, which the beam was focused on, without damaging the surrounding skin.

There’s one more thing to consider in a laser cutter, which is the quality of the optics. With CO2 and Nd:YAG lasers, you generally use a set of mirrors to guide the beam to the head, and a lens to focus it to a point. You can buy $40 ZnSe lenses and $15 Mo mirrors from LightObject, or you can buy $300 ZnSe lenses and $80 gold mirrors from Edmund. I’m sure you can guess which gives better results. (The odd man out here is fiber lasers, which usually use another optical fiber to deliver the beam to the head, rather than free-space optics.) I add this as an afterthought, because it usually just tracks with price: if you’ve decided that what you need is a 100 W CO2 laser, more expensive options will generally come with better optics.

Agreed that it’s certainly not ideal, but unfortunately there is not really a better way to do this in our application. We did go to great lengths to modify our lasers to better protect the optics. Though I can’t say exactly what we are cutting its very thin material (.03") and the material is a composite of mostly metal, non-PVC polymer and very little (<.004") of PVC. We cut using ~150 PSI of 99.99% pure nitrogen assist gas, and huge amounts of fume extraction. As I said this is a really niche case, and not really applicable to FRC anyway. For FRC we just stick to Delrin and do PC on our router.

I remember reading at some point that you had a non-DRO press + brake dies-- was there an issue with that setup beyond the lack of a DRO or was this just the next step up?