Because most of our robots are 150 pounds and much too large to work in a house. So I designed an almost full FRC robot that can be used in a house without damaging the walls. It is 16 inches in diameter. and 8.5ish high. 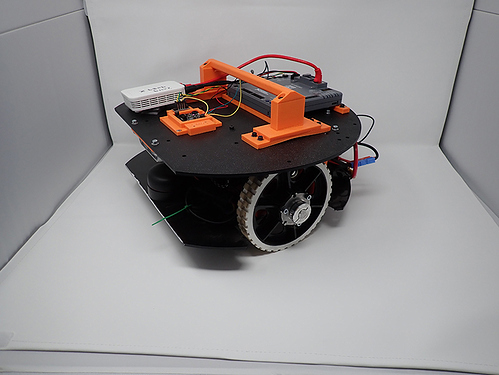 Apart from the standard RoboRio, I’ve added a Jetson Nano to it for off main board image processing. Right now it’s running a Lidar but I’m hoping to get both Object Detection and SLAM working on it. However, teams can change it to a Raspberry PI very easily. 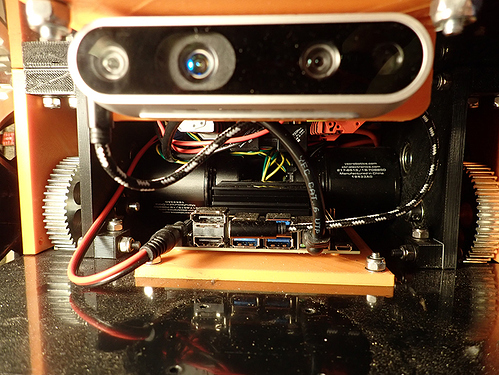 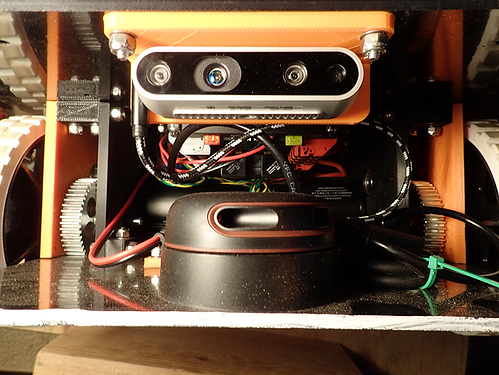 It also fits in the V550 Vault Equipment Case: 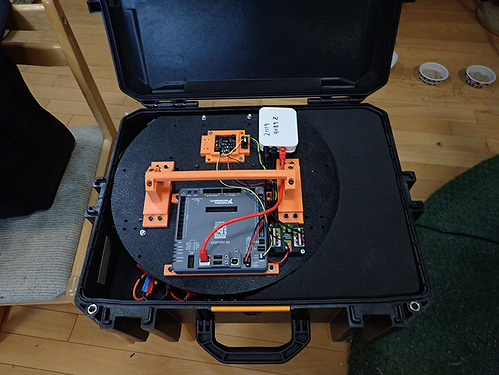 What battery does it use?

REV Robotics designs, builds and manufactures robotics parts and components used by students for learning about science, technology, engineering, and math (STEM). Our parts are commonly used within the FIRST Robotics Competition and the FIRST Tech...

according to the BOM

Yes, two of the Slim Batteries. Last Saturday, I spent about 6 hours writing code for this robot. I would estimate that is ran for 4ish hours in that time.

The Ni-MH batteries don’t droop at wildly as the Lead Acid, so you get a good amount of run out of them, however, once they run out of charge, they run out quickly. You will be driving along fairly well, and then nothing.

That’s a great idea and a very nice implementation.

Would it be useful to add a second slider to prevent the chassis from tipping forward?

It would be easy for builders to modify the top plate or handle assembly slightly to provide space for mounting a simple manipulator mechanism and/or sensors/cameras so more types of code can be tested.

It may be a good idea for users to watch the battery voltage carefully. The cells in the packs are typically not matched for capacity (AHr). When discharging the packs really deeply, the cell with the lowest capacity can reach zero charge and experience reverse charging as the other cells in the pack continue to discharge. Reverse charging can lead to cells becoming permanently damaged.

If this robot was just for indoor use, I can see adding the slider, however, there is a Seattle Robotics Society (SRS) competition called Robo-Magellan, an outdoor competition at the Seattle Center, where the robots are going up and down hills, and I was thinking of using T-Plat for this.

Yes, the handle can be moved, the reason it’s placed where it is right now is it clears the RoboRio, and it’s short enough that it does not have to be taken off to fit in the Pelican Case. However, if you notice the screws holding the handle on are easily access for quick removal.

If you also notice on the CAD model, there are four holes in the top place that are not used (though one of them is covered up by the radio, but the radio can be moved). I was intending these four holes to be used for a refrigerator/can of coke manipulator so I can use it in the SRS Pop-Can Competition as well.

I have two sets of batteries. They are always fully charged when I swap them in. I’ve not completely drained them in testing so far. I mentor between 3 to 5 FTC teams and my students are always draining them so I know the characteristics of them. I’m going to start looking at current usage this week, I think I can get away with only using one battery, since the Falcons really don’t draw much with a 25ish pound robot.