That’s a very nice effort for a second year team. I really like your mechanism for retaining the Hatch Panel. Can you post some close up photos of it? Hope to see you here in Houston in April

Thanks for the advice! We are always using them, we just forgot to wear them on the filming day.

Thank you very much! So those are the only pictures i have of it, one of them is the prototype system and the other is a picture of the system finalized… Hope to see you guys there as well! 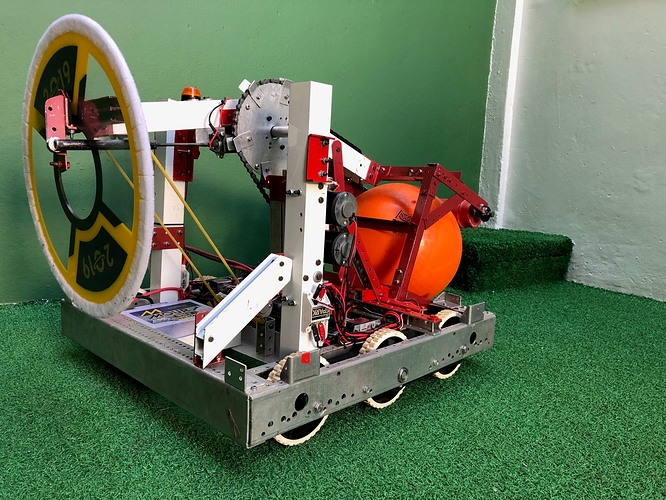 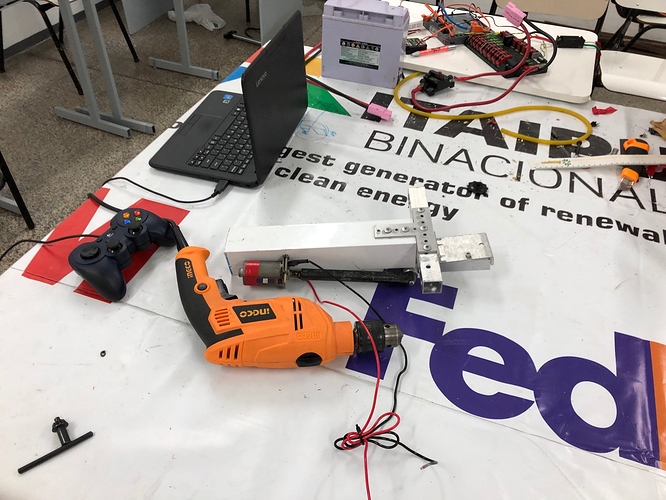 What are those flanges around the sprocket on your cargo arm? Why isn’t your chain in tension?

Its not a sprocket its a homemade pulley, if you watch the video closely you can see that they just bolt 2 ends of the chain around it and those flanges just help keep the chain in line.

I think that’s a pretty awesome way to build something you might not have the machining capabilities to make otherwise.

Like @EricLeifermann explained there, its a homemade pulley and we used the flanges to keep it on the right path. The chain was just not tensioned on the beggining of the video because they were fixing it… Unfortunately it is (in mostly of the parts from Brazil) very expensive to own a machine capable to make that kind of piece, and it is also expensive to send it out to any company to make it…

looks great guys!! excited to see it in competition

Thanks! And we are excited to show this bot at the competition… we hope to do a good job since we had basically 3 weeks to train

also, just want to greet 744’s members from 2013, it was a great competition in Orlando Regional

Haha Thanks! That was our idea, keep it simple and robust so we could focus on training and getting a high perfection level on the construction…