This year FTC team 15270 Decided to go with X-Drive. I present the ReX Chassis V1! 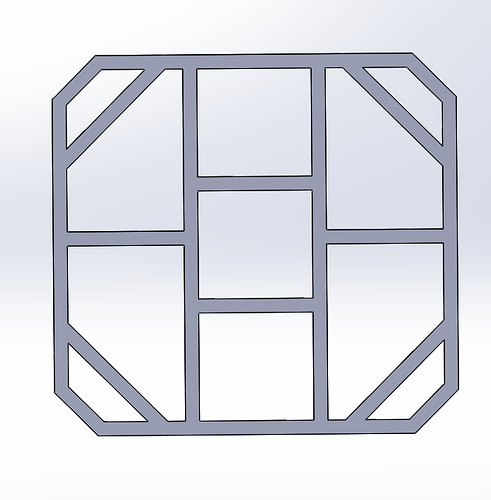 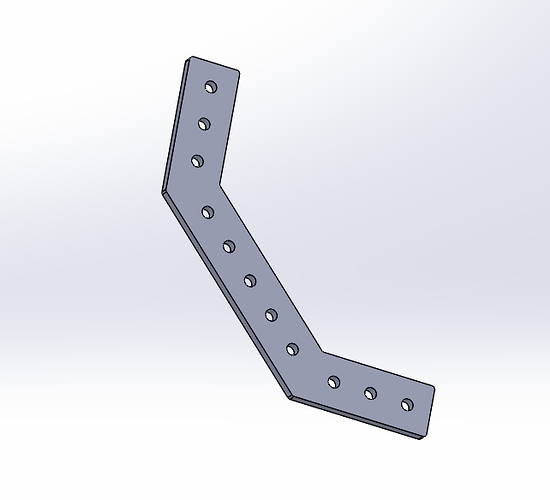 This is pretty cool.

Our FTC teams have used X drives very successfully over the years. Here are some things that you may want to consider:

In 2016-17 (Velocity Vortex), one of our teams (Team #731) used a direct driven X drive using Never-rest 20s (Or, as we now refer to them; Never-last 20s) and 3" omni wheels. I do not recommend using these gear motors as the spur gear arrangement inside the gearbox is not strong enough to be used in a drivetrain. The Orbital 20s are much stronger and would be suitable.

Anyway, back to our robot. From a speed and responsiveness standpoint, it was fairly zippy by 2016-17 standards, but robots have gotten faster since then so this combination would be fairly slow at a worlds level by today’s standard. I expect this year’s game will favor faster robots, so you may want to think about your drivetrain speed. With the 60mm wheels, if you used the Orbital 20s, your speed would be slower than our 2016-17 bot. There are 2 ways to increase the speed; larger wheels or a lower gear ratio. GoBilda offers a 13.7:1 planetary gear motor as well as a 19.2:1 ratio. The 13.7:1 ratio with 60mm omnis would give you 15% higher speed than the 20:1 with 3" wheels. This might be a good combination. You could also try 95mm GoBilda wheels with the 20:1 Orbital 20 gearmotor. This would be 25% higher speed. These speeds would probably be quite decent compared to the faster teams competing at Championships. Of course, controlability and sprint speeds (acceleration) are also a factor. If the weight of your final robot is fairly heavy, you may find that a slight slower max speed is actually quicker when you look at sprint speeds.

You may want to design your frame pieces so that you could configure between different size wheels if you find that you want to change your speed as the season goes on. You can do this by either leaving enough room for the largest wheel you would ever use (within the 18"x18" size) or you can shift the corner angled extrusion away from the corner slightly for larger wheels. If you split the custom frame bracket that your team CADed into 2 45-degree brackets, then it would be fairly easy to slide them along the edge extrusions to adjust the corners.

Another item that we learned from 2016-17 was that the flexibility of the chassis was a big factor when changing directions. When one wheel got loaded due to acceleration, the motor mount attachment to the frame would flex slightly which would cause the opposite wheel to slightly lose traction. We were able to fix this problem by adding a bearing support at the other end of the shaft (on the outside of the wheel. We did this with a 3D printed part that straddled the wheel. However, you could also CNC a bracket to hold a bearing on the end of the shaft. You may find that the Rev extrusion is stiff enough that you don’t need to do this. We were using standard C-channel rather than a fully boxed in extrusion, so there was a decent amount of flexibility. But this is something you may want to watch for in your early development and have a plan in place to address if needed.

X-drive is really great if you can run your controls in field orient mode (also known as arcade mode). I have not played with the gyro in the Rev Hubs much, but I have heard that they are decent. So you may want to consider this option for your control system. If you add a toggle to the controller to toggle between field orient and robot orient, you could have your drivers try both and see which one they prefer. Many holonomic drive control codes give the driver the option to toggle between these two modes during the match. I’m not sure how useful this will be for FTC but it might be nice to have the option.

Anyway, keep us posted on your build. I think X-drive is a very viable drivetrain for this year’s game and I am excited to see some good non-mechanum drives emerge and I think this year’s game will be a great opportunity for those designs to really shine given the longer distances that the robots will need to travel to be successful in this game. I think a well designed, solidly built X drive really has a chance to be this year’s meta. 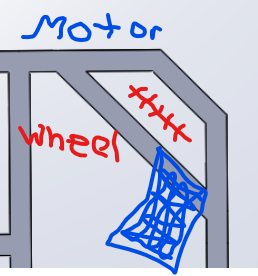 They decided on x drive over mecanum due to the lack of an obvious front and consistent speed in any direction. Our other 2 teams are using mecanum though. We have a design with a cutout, but I wanted to upload the full chassis for use in potential future games as well as for other teams to modify to their bidding.

We did consider the smaller wheels vs the bigger wheels, but this design forces the wheels to be gear driven. Coincidentally, the ratio that fits the best also speeds up the ratio to be basically what the larger wheels would be. Our motors have 40:1 gear boxes which we used to direct drive our X-drive last year on 10723.

Our wheels are supported on either side with the Rev bearing brackets. That may be all it needs. We’ll see.

I plan on uploading full CAD at some point, but I am still learning Solidworks, while trying to teach our students. Full CAD will be a while and this current CAD will have to wait until my homework load dies down.