Hi everybody! Full Moon Robotics is proud to announce our 2020 robot for our Robot in 3 Days challenge: FM-87! Watch our reveal video below! 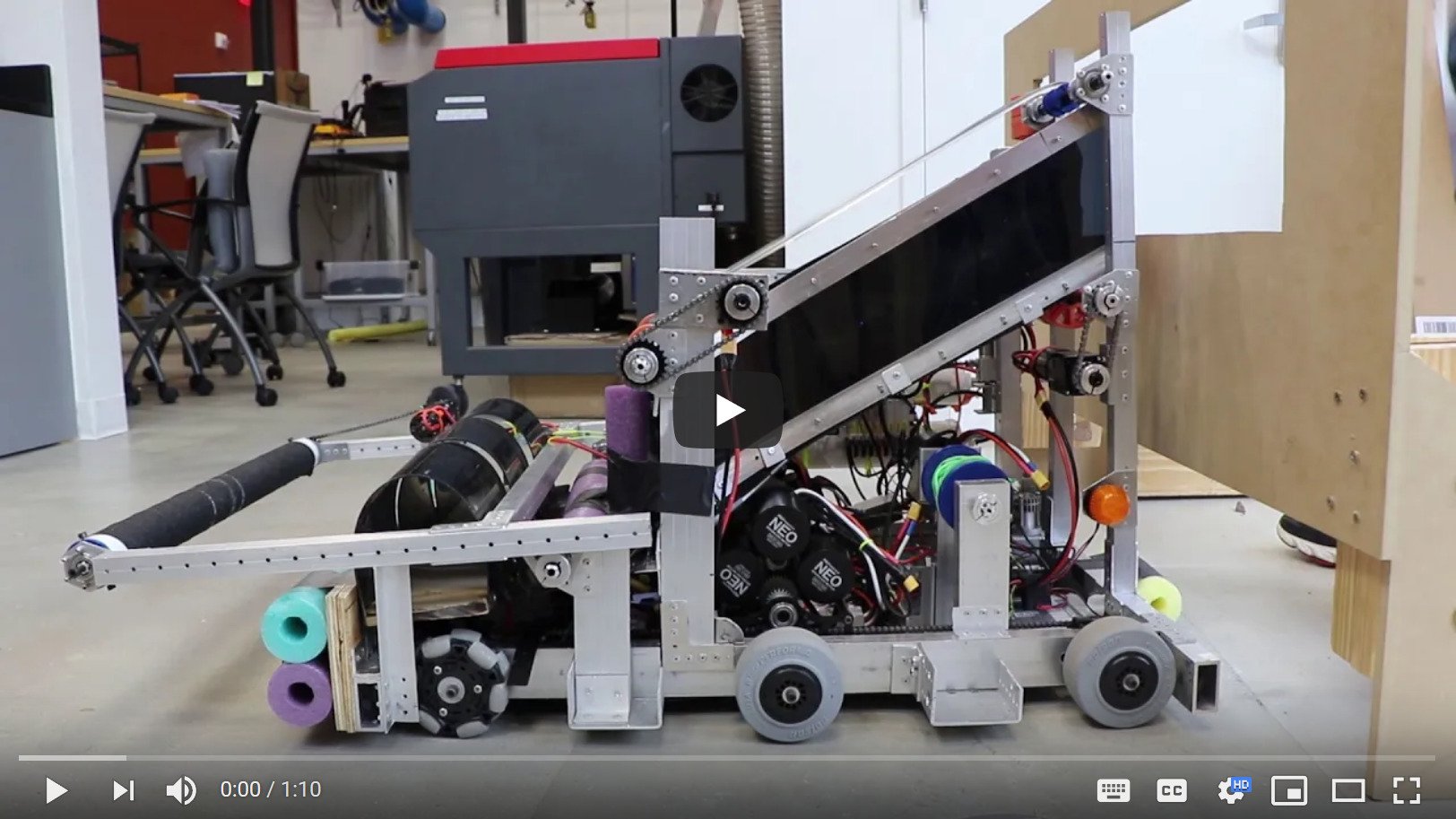 We’ve had a great time doing the challenge for our first year! Thanks to all of our sponsors, and everybody who watched our stream and our videos! We can’t wait to see what you build, and we hope you have a great season!

Hey all, I’d love to chime in here! I’m the Visual Media team lead for FMR- we’re planning on releasing more videos throughout the season from all the footage we captured, but please check out our build thread for links for the videos we’ve already released!

I’m wondering about some of the strategic decisions made on the robot and whether they were intentional or time/resource based. Was not climbing a conscious decision or forgone to show other game elements in more detail? Similarly was the inability to hold 5 balls a choice?

It would be awesome to see some recommendations for teams regarding how to improve upon the design if they were going to take inspiration from you guys! I worry that if this were presented to a rookie team as “you should do this” that they might not do some parts of the game that are absolutely critical to having a successful season.

Hi, Alex from Full Moon Robotics here. There’s quite a few sections of this question, so I’ll do my best to answer each part.

For your first point about climbing, it was our intention to climb during the match. From our strategy, we believe that to be a competitive robot you must be able to manipulate power cells well and either climb or spin the control panel. We attempted to do both of these, and as a result of our time constraints and resource constraints we were unable to finish a fully functional climber on our robot before the end of the three days. We prototyped our climber mechanism starting on day one, focused a good bit on it on day two, but ran into issues on day three. Our original intention was to deploy a hook onto the generator switch and climb using a winch mechanism. However, with little time left, we decided to not attempt a climber we were unsure of and having difficult with. For your second point regarding 5 power cells, we should be able to hold them all whiten our robot (though, due to only securing one game piece, couldn’t test it). The tube in the middle is large enough to hold three power cells, leaving two to be near the base of our robot.

As mentioned above, our robot design is not quite up to what we would recommend a rookie team to do. With this said though, I believe every team should strategize and design based on the resources (time, material, experience, manpower, etc) available to them. If a team has a similar or less level of resources available than we did, then this would be a reasonable robot to be constructed. However, we do hope that teams also improve upon our design in the following three ways:

Is the bot able to go over the bump with 4 inch wheels?

The bot was designed to go under the trench for most of the match, and our wheel choice matched that. With effort, it can cross into the rendezvous zone for the climb.

Hi. We like your CAD very much. Can you share your own robot design with us as a CAD file? And we would be happy if you let us modify the CAD file as well.