I have been working on filming a walk-through tutorial about how we produce CAM using Fusion 360, but when I go to record the video the screen recorders don’t pick any of the popups up. Like the browser on the left, any drop downs or other pop ups all do not appear. It is quite hard to do a walk through of CAM when most of the buttons and parameters I am using don’t actually show up in the video.

I tried the built in microsoft gaming recorder and also downloaded the OBS recorder (which I actually do like a lot) and had the same problem with both.

Here’s a screen grab… you can see the feature tree at the bottom and the browser (bodies, joints, views, setups, machining ops etc) do not appear 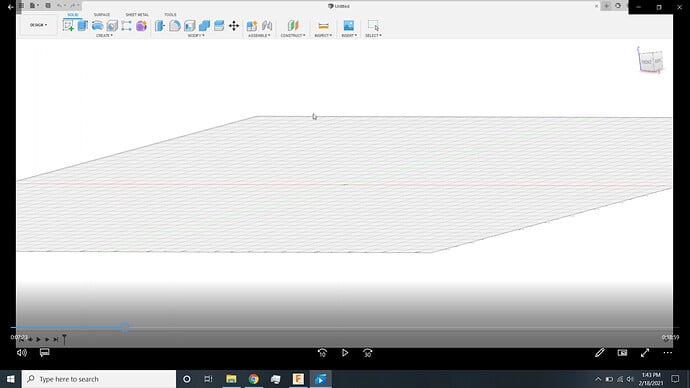 Has anyone had any success doing this?

Have you tried Screencast from Autodesk?

It captures all of F360’s windows as well as your keystrokes.

I would try using OBS with a full screen capture and cropping it instead of capturing only the main Fusion window. That should capture everything, but you won’t be able to have any other windows on top without them ending up in the video.

If you’re trying to do this with a single monitor as well you’re in for some unpleasantness. I have a little 10" portable monitor mounted above the normal ones that’s fantastic for dealing with OBS settings, but just a laptop screen can be tricky to deal with.

Ok I will look into that… thank you

@troy_dietz luckily I do have an extra monitor that I was using. Highly recommend - it would be very annoying without.

@gear I’ll look into screencast if I cant get OBS working. Thanks!

I have had the same issue. You need to record the entire screen . Very annoying