I have been struggling with a drive gearbox binding issue on and off for about a month. Now that we are doing the skills challenges for IR@Home it has become a problem we cannot ignore. In the 2020 season we ran a flipped two stage Falcon gearbox, zero issues over two competitions. The 2021 modifications required the use of a non-flipped gearbox so I re designed and made this: 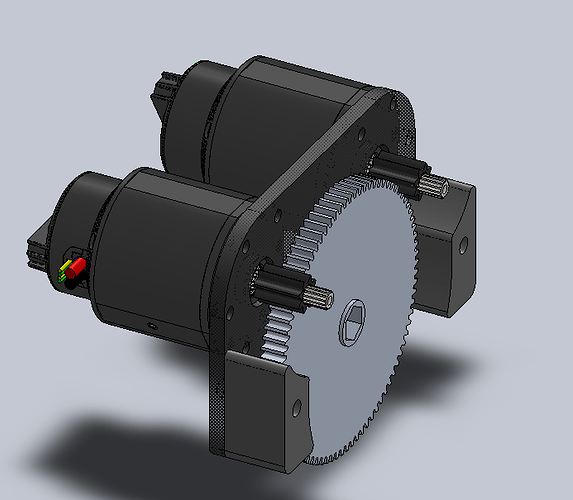 image694×605 69.4 KB
It is a single stage 8:84 with a single polycarb plate and two 3D printed standoffs, it uses only two mounting bolts to avoid the chain that is inside our drive tube. This is where the binding first appeared. The binding only happens on specific parts of the 84t gear, I can discern no difference between the teeth that cause a bind and the teeth that don’t. The worse the binding is, the more teeth cause it to bind. This version could usually rotate about 90-180 degrees before binding. moving the wheel back and forth hard and fast will usually break past the bind and allow the wheel to spin another 90-180 degrees. I assumed that this was caused by misaligned mounting holes, so I created the second version: 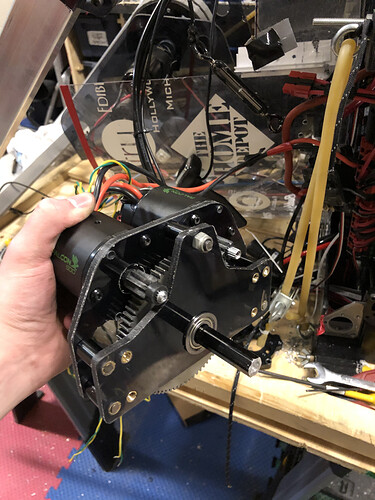 image3024×4032 2.47 MB
This version used different mounting hole locations, and increased the mounting bolts from 2-> 4. This seemed to solve the problem, moving the wheel by hand showed no signs of binding. A little less than a month later, after the judging materials submission we started driving the robot around, now these V2 gearboxes bound up in the same manner as the V1s. When the gearbox is bound the 8t pinion rides up on the teeth of the 84t spur like this: 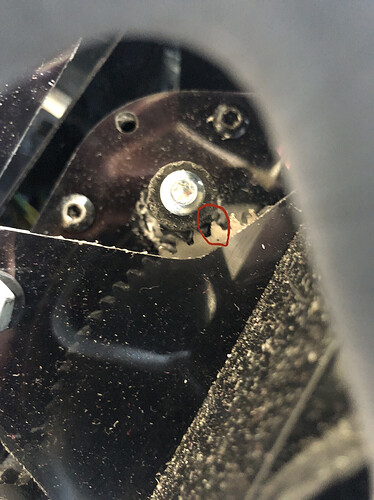 image1574×2100 832 KB
I assumed this was the motor shafts or the motors deflecting away from the gear so I designed the V3 gearbox to support the end of the Falcon shafts. 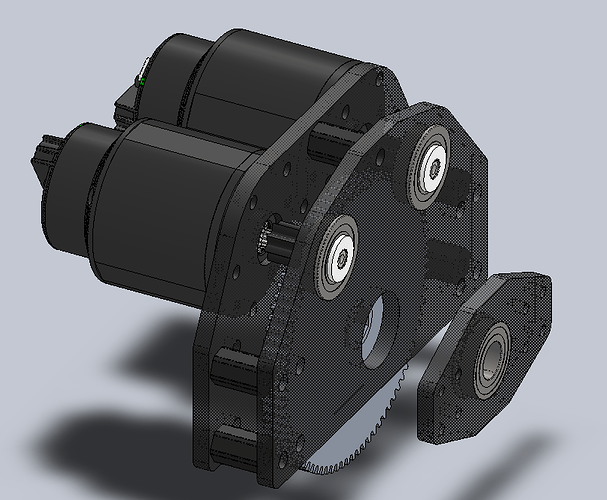 image807×664 106 KB
For the second time, this seemed to fix the issue. This version gave us about 3-5 hours of driving before one side began binding again, in the same manner as before. The other worrying thing we noticed about this was after those 3-5 hours of driving the 84t gear had a lot of wear. The teeth got pointy near the ends, there was a small lip of metal around one side of each tooth, and there were thin slivers of metal left inside the gearbox and on our carpet. 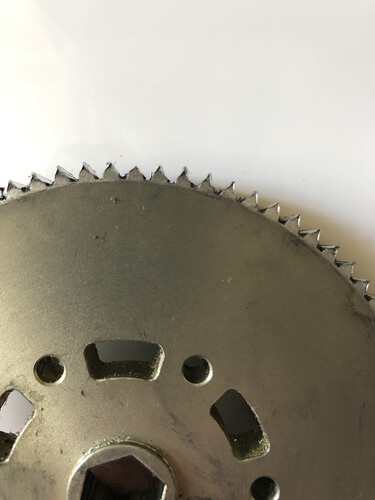 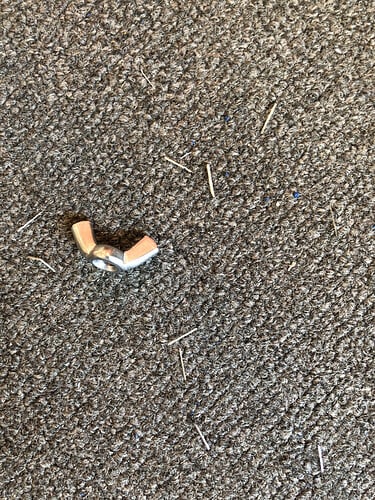 This wear leads me to believe that supporting the Falcon shafts did not solve the problem, only mask it, and now that they were driven a lot the problem has resurfaced. The c-c distance between the gears is 2.352in.

Does anybody know what is causing the binding or gear wear problem? Any similar issues you have had in the past that you found a solution to? Any help is greatly appreciated, I can supply any other photos, information, or CAD that would help shed some light on the problem.

Edit: lots of questions that can be answered by sharing my CAD so here it is https://grabcad.com/library/2021gearboxv3-1

The wear is uniform along each tooth, I don’t have a picture that shows it though. The pinions show no signs of wear.

One more thing. Are you using close fit or loose fit holes for motor mounting?

I have a few questions as well.

They are .201in in the CAD, which I have now linked at the end of my post.

Are you using any grease/lubricant in the gearboxes?

We ran them for a bit (30min?) with no grease and then used some white lithium grease.

Are you using 20dp or 32dp gears? This affects the pressure angle of the gears

The diametral pitch of a gear is independent of its pressure angle, so this is likely not the root of the issue.

Were you using the same Falcon pinions on every iteration of the gearbox?

Also, what’s the C-C distance on your plates? Both nominal (CAD) values and measured?

Yes it has been the same pinions for each iteration, the only version that actually got driven more than 10 minutes was the V3. The c-c in CAD is 2.352, I have not measured the c-c on the real plate, how should I do this accurately?

It’s pretty critical to ensure you grease gearboxes like this before you start running them, and then ensure you take care of them on some sort of regular maintenance schedule. I can’t say definitively that this is the root cause, but running them dry certainly could look a lot like what we see here.

It could definitely be a contributing factor, but I only noticed the wear a while after greasing the gears, it had probably started already but it did not become so obvious until later.

The c-c in CAD is 2.352, I have not measured the c-c on the real plate, how should I do this accurately?

That seems like a fine nominal C-C. The easiest way to get a close-enough C-C measurement is to measure the minimum and maximum distances between the edges of the holes, and then to take their average.

Is it possible that as you’ve run the gearbox the force between the gears has started to push the bores a few thou apart from each other? I’ve never run polycarb gearboxes before, but based on the way the teeth sheared it seems like that might be a factor.

It doesn’t take much to wear out the aluminum gears. Once you break through the microscopically thin anodizing, your pinion is just scraping butter underneath.

That said, your wear is fast even for FRC. If you squeeze the motors together, do you see any flex in the pinion position? If so, you might need to switch from polycarb to aluminum plates, make the plates thicker, or else add a bunch more standoffs to compensate for the more flexible material.

The use of heatset inserts might also be changing your c-c distances (or c-c skew)? I’ve never tried that in polycarb plate. You could try the same design with through holes and nuts and see if it holds up better.

Also I’m surprised to see so much wear on the steel pinions too. But anecdotally I’ve heard that the sub 8-10t motor pinions wear faster than the 12 tooth ones. Don’t take that from me though - we haven’t really tried them.

I will try to make the pinions flex, this is not the first suggestion of an aluminum plate so that will go into my list of things to try. The V2 used heat set inserts but the V3 uses through bolts. There does not appear to be a lot of wear on the pinions, some of the black has faded to more gray/silver, but this might also might be leftover grease.

The diametral pitch of a gear is independent of its pressure angle, so this is likely not the root of the issue.

You are absolutely right, I should have worded that better. I will say, however, that the 20dp Vex gears have a pressure angle of 14.5 degrees vs 20 degrees on the 32dp Vex gears.

How often are you stalling these gearboxes?

Do you have any current limiting or voltage ramping enabled on the drive?

Are you able to feel any vibration when you run the motors? Is it possible that the plates are flexing somewhere, especially around the shaft for the 84 tooth output gear, possibly when the wheel on the shaft is supporting part of the weight of the robot?