Gearboxes: Good or bad, and Why?

Bad, I desire giant pancake brushless motors that are custom-made for all the RPM ranges on the robot.

This thread really grinds my gears. 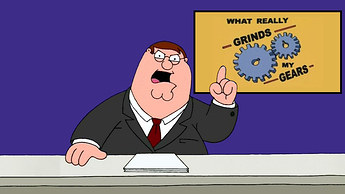 With all those gears and all those teeth slinging grease around living on a diet of carpet fur and hair.

The Julian friction gearbox design solves the two main weight issues with gearboxes by removing the gears and the box. Society has finally progressed past the need for gearboxes, but some people are just stuck in the old ways.

Just machine yourself a bunch of little torque converters and enjoy the benefits (?) of a fluid coupling.

This thread seems as good a place as any to say that we actually ran a friction drive in 2009. 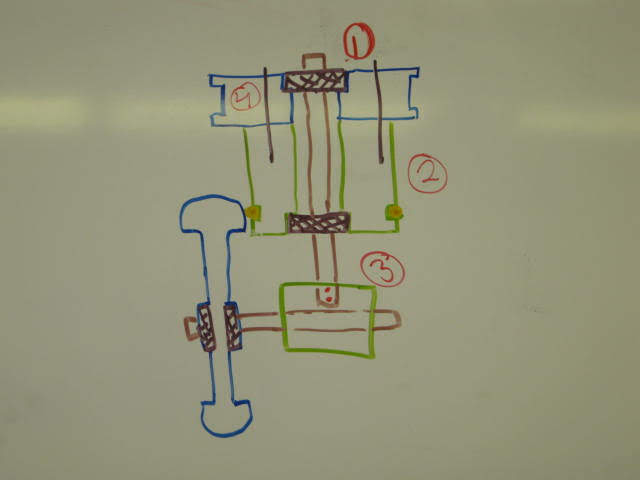 I can’t find a good picture, but we did actually build the thing.

An electric motor designed to deliver the torque and speed required directly is often too large and heavy compared with the mechanism it must power. E-Bike wheels and washing machines are recent exceptions to this trend, and as technology advances it is likely that others will emerge; however, in many applications you’ll get better performance and efficiency, with less size and weight, by running a small motor at high speed and transferring its power to the load via a gearbox, compared with running a large motor at high torque and eliminating the gearbox.

I desire giant pancake brushless motors that are custom-made for all the RPM ranges on the robot.

My earlier summary not withstanding, I think a direct drive outrunner built into a 5" Colson is technically feasible. Amortizing development costs would be the trick. @Greg_Needel please give me a ping if you have any ideas on how to address those.

We have looked at the hub motor concept before and it is not much more of a development lift than doing the NEO. One challenge with hub motors like the ones in scooters and hover boards is good torque but meh acceleration. IMO acceleration is more important for FRC robots and something that I like to balance on FRC gearboxes.

Specifically speaking to brushless, the higher the KV the higher efficiency, so low KV motors that don’t require gearing are easily possible but likely won’t provide a major advantage over a higher kv motor with gearing. In a closed low potential energy system like FRC, it really limits what makes sense.

I do love the advantage potential of eliminating gearboxes, but we have yet to find the right combination. We will keep looking though.

The analog of F = m*a in the angular realm is Torque = MOI * angular acceleration… e.g. acceleration is proportional to torque. Can you elaborate? Is this more a matter of “low end torque” versus “high end torque” situation?

Not Greg, but I am an electric motor designer.

A radial-flux* motor’s maximum available torque is proportional to the volume of the cylinder described by the air gap diameter and the axial length of the magnets. Out-runner type brushless motors develop more torque relative to their size because that air-gap diameter is a large fraction of the overall diameter.

Inertia of a rotating disk is proportional to the fourth power of its diameter, multiplied by its axial length.

As you pointed out, angular acceleration is proportional to the ratio of torque to inertia. So, by scaling a motor’s air-gap diameter up, we gain torque, but inertia increases faster, so available acceleration is reduced. This is not a severe problem for the washing machine or the E-bike, but it is potentially a show stopper for FRC robots, because in our sport quickness reduces scoring cycle time.

*Magnetic flux in the radial direction is the more common type of electric machine. Similar scaling laws pertain to machines with flux in the axial direction, but some of the design trade-offs differ; this is an active research area that many people in industry and academia are investigating.

In simpler terms, things that go round and round should be as light as possible and small in diameter if the goal is to get it up to speed fast.

Exactly right. When I am talking to non-technical audiences, the summary of my rant above translates to: for the same volume, motors should resemble hot dogs more than they resemble pancakes, because a long skinny cylinder gets up to speed faster.

And pancakes with the grandkids in the morning!

Darnit Richard, I’m going to the frig now. But how fast can I get up to speed on the way there? And can I stop fast when I get there?

I think I’m the pancake.

As time goes by, my length has remained constant and my diameter has increased. I may have been a hot dog forty years ago, but not today.

The Slim CIM was the true meta the whole time?

Definitely. There’s just perspective of what the inertia is. Here’s some numbers for those like myself who like to know that the effects are in a ballpark worth buying corndogs considering.

Example: 120 pound robot with 6" wheels and a 10:1 gearbox for 4 CIM-style motors (geared components must be prorated by the square of their gear ratio, once since the torque required is higher, and once more because the speed commanded is higher):

… which is a way higher ratio (40%) than I expected, honestly. This ain’t even considering the gears.

… but if you can achieve lower RPMs to the point of no gearbox, you eliminate the gear-ratio prorating which a major source of effective MOI…

Inertia of a rotating disk is proportional to the fourth power of its diameter, multiplied by its axial length

Thanks for adding some concrete examples to the dicussion.

Here’s a link to some similar dialog a few years back. Ether is very helpful in situations like this.

I posted some updated data a while back:

Thread created automatically to discuss a document in CD-Media. Motor inertia identification by: phargo#1018 Report on characterization testing of motors to identify motor inertia The attached paper describes the approach, equations, setup, operation, and results produced in testing performed this fall by FIRST FRC team #1018. Given that we have this equipment assembled, additional tests do not take very long. We will attempt to test this year’s motor set, time permitting. Additional testin…

Look at the last posting for the most recent report.

The torsional pendulum method worked providing that the test item inertia was the dominant term. We had issues testing smaller motors with this method.
We switched to a resonant frequency method for testing inertia - these results seemed much more suited to characterizing a wider range of motors.

That is wicked cool!