How to prevent backdrive on climber?

Does anybody know how much torque Neos can resist while in brake mode and not moving?

I’m not 100% sure on how brake mode works on brushless motors, but if it’s similar to brushed motors then the answer is none. When brake mode is activated, the leads of the motor are shorted together when no power is being applied. The back-EMF generated by the motor coils generates a voltage, which “powers” the motor in the opposite direction of the movement, applying a braking force. The back-EMF is directly proportional to the motor’s speed, so when the motor is not moving no braking force will be applied.

You can think of it like a helicopter in free fall. As gravity makes the helicopter fall, the air blowing up through the propeller causes it to turn, which in turn creates some lift to balance out gravity. But this force could never completely stop the helicopter from faking, because at that point there would be no wind to spin the propellers to generate any lift.

254 used one way bearings in 2017. They did this so they could PTO their shooter - when the shooter is spun in reverse the climber engages.

67 did this in 2017 as well but off both sides of the drive train with two one way bearings on the same shaft.

Staying up after the buzzer was not relevant in that game, neither robot had an active brake. I haven’t seen a robot that used a one way bearing to lock their climber.

I’ve seen a lot of ratchets used before including a 1/2" ratcheting wrench that was cut off.

In 2016 67 used a disc brake to hold the chassis up and a lead screw to pull up. In 2018 we used a lead screw for the lift and a VP ratchet slice for the ramp angle.

Last year, we used a bicycle disk brake for our arm. We had to use a Dremel tool to make the holes in the brake disk oval to match the holes in the hex hub. Getting the brake disk exactly co-axial with the hex hub is not critical. Finding a way to mount the caliper can be challenging since we did not find any CAD for the brake assembly and had to do a lot of trial and error fitting of the mounting bracket. Do a search on YouTube to find a video on how to adjust the caliper mounting before designing/making the bracket.

On our last years robot, we used bicycle brakes just like @philso 's team. Even though it is not the greatest photo for technical details, here is what it looked like.

Bicycle brake was a great solution for us. It was very sturdy. We used the braking system with a pneumatic cylinder. I can post better pictures of it when I get back to the workshop if you are interested.

Another tested and trusted solution is the rachet like everyone mentioned. Here is a picture of our Steamworks robot with literally “ratchet” system:

Buy the right size to fit over your output shaft, only downside is you need to use a hex shaft.
I would use a reputable brand but here is an Amazon link

Both those look great. Did you have trouble designing a mount for the caliper?

For a winch, the ratchet is probably a simpler and easier solution to implement.

We’re looking into using cam cleats on the ropes that we will use to hang with. It will be interesting to see if this idea works.

I had considered those. Would you be doing something to ensure the rope stays between the cams?

yes, I expect it will be harder than we think.

I definitely remember caliper mount being a challenge. It took us some time to figure out but we were able to get done with it in a couple of hours. Will post detailed pics of it if I do not forget. (Can’t visit the workshop until Friday

) Mounting is a bit of a challenge in such a bicycle brake design but it is not something a little bit of creativity can’t solve.

When we made our climber system for steamworks, we had a ratchet strap in the middle, and then a cog on the outside, with a paul that clicked as we went up, so it would then lock. We just had to use a wrench to turn it a little further, then hold the paul up and slowly lower it down, and it worked very effectively

Has anyone used an electric servo to trigger a spring loaded pin. We are not using pneumatics this year and thought an elevator would be more effective than a winch, but now we have to lock it. Does anyone know of an electric device to lock the elevator?

elevator would be more effective than a winch

Why not combine the two

Mentor’s idea, not mine, so it might not make sense.

Why don’t we just power both the winch and the elevator on retraction?

I took a clip and is posted on our instagram.

If you end up using a winch, or some other mechanism that doesn’t need to be run in both directions on the field, and use rope/cable; we are using sailing cleats similar to these, they only allow the rope to slide in one direction through it. Potentially lower cost then using a ratcheting setup, and potentially easier to reset. We also don’t need to rely on any backdrive or motor braking. 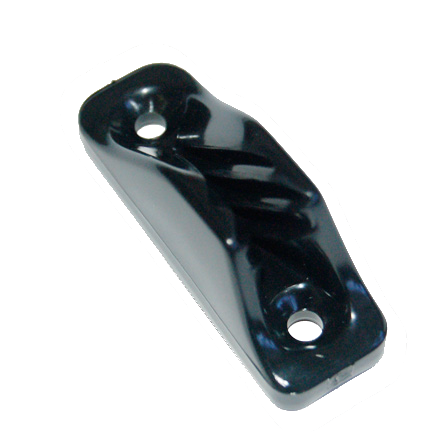