How to use isogrid onshape featurescript?

Our team is switching to onshape this year, and I can’t for the life of me figure out how to use the isogrid tool. I’ve tried looking things up, but can’t find anything useful. Any help would be appreciated, thanks!

Is there something specific you’re having trouble with? The general usage is to select faces that you want to apply the lightening pattern to (either a region of a sketch or just a face of a plate or tube) and select a depth. Everything should have reasonable defaults and I think you should be able to view the examples on the featurescript document here: Onshape

The big problem for me is that it won’t let me select faces. Whenever I do it comes up with an error.

Please share a screenshot like this that shows what you’re trying to do as well as any more information about the error you have: 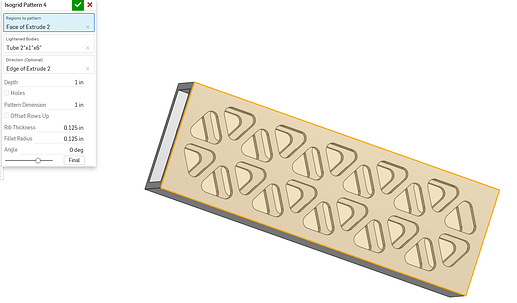 This is what happens when I try and select a face: 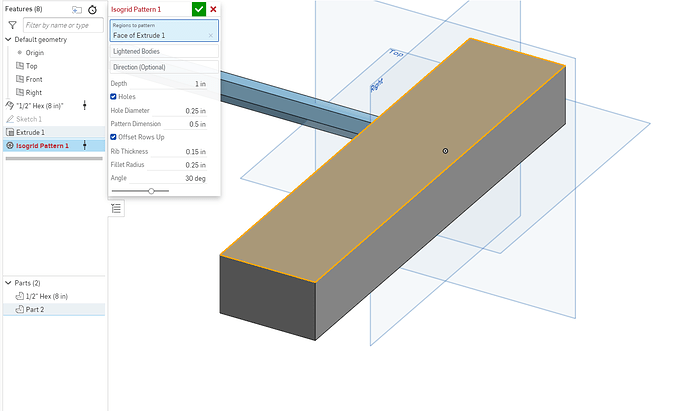 and these are the only parameters which I managed to get working as I’ve been trying to figure it out, but it still looks very wrong: 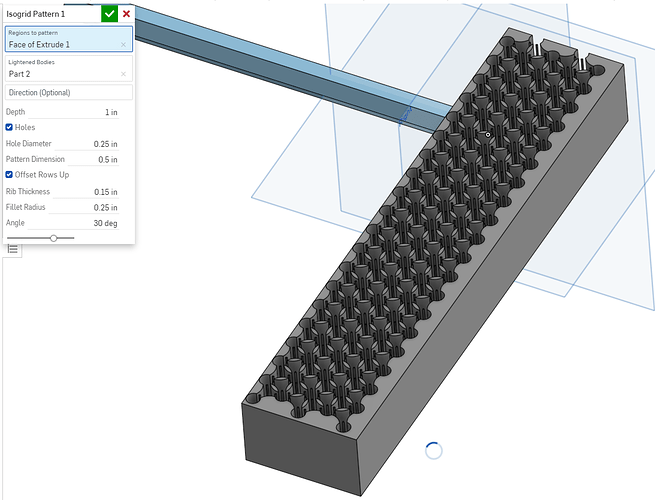 Julia will likely have a better answer as she designed the feature script, but your filet radius looks kinda high. And have you tried messing with other settings? Try making the angle 0 and/or turning off the offset

In the first picture, you need to select the body in Lightened Bodies.

To figure out why this isn’t working as expected let’s do some geometry (or let Onshape do it for us). Featurescript is really dumb. All it’s doing is placing some points and lines and arcs defined exactly by some mathematical relationships between dimensions you input, then trying to find some regions that look like they can be extruded and doing that. This breaks down under certain inputs because these relations have a bunch of edge cases that can run into each other. Let’s sketch out your inputs as an isogrid “unit”: 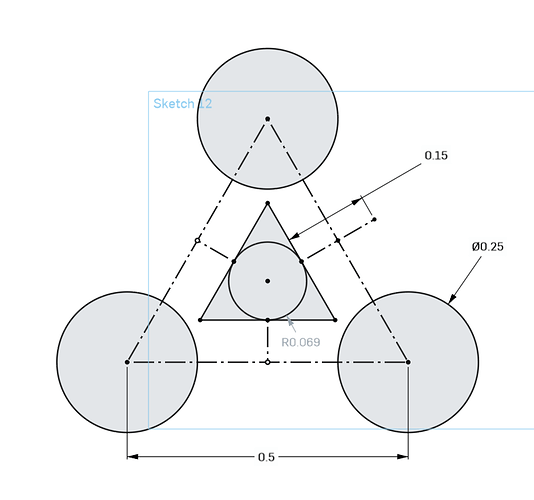 image783×733 57.1 KB
Pattern dimension needs some explanation, it’s just the distance between any two holes. This forms two equilateral triangles, one between the holes, and then one congruent to that inside but offset by 1/2 of the rib width (which I’ve dimensioned as a centerpoint line). The hole size isn’t an issue, even with zero fillets we wouldn’t run into the holes. What is an issue is the rib width and pattern dimension interacting with the fillet radius. The maximum fillet radius we could get with this combination of inputs is 0.069", as demonstrated by the driven dimension of the tangent arcs meeting each other at the midpoint. If you bring the pattern dimension up to 1" you can get a 0.214" fillet radius: 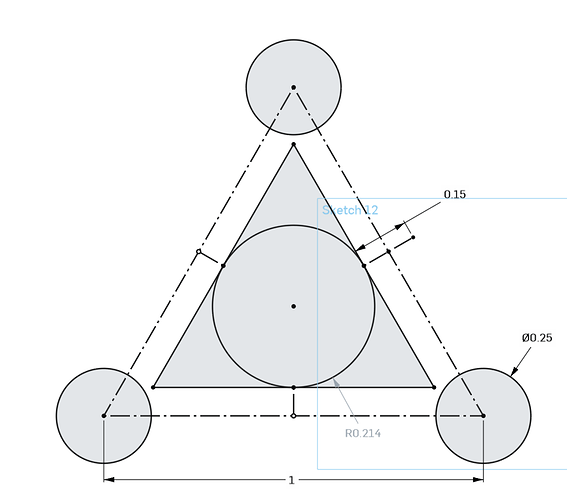 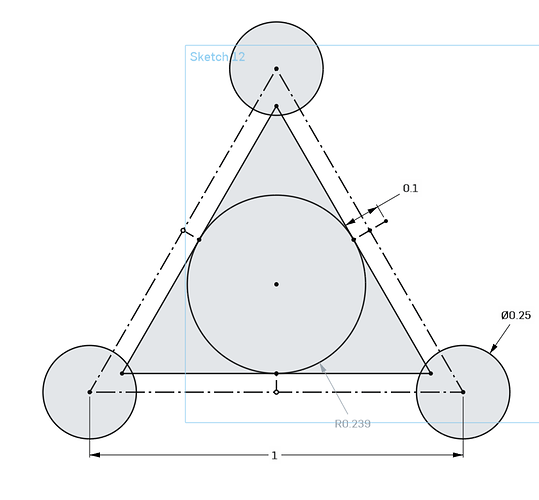 However, Featurescript doesn’t care about that. It knows where to place the arcs exactly, based on some sines and cosines. If we ignore the limits that make sense and just place the arcs, you can start to see what’s actually going on in your second image: 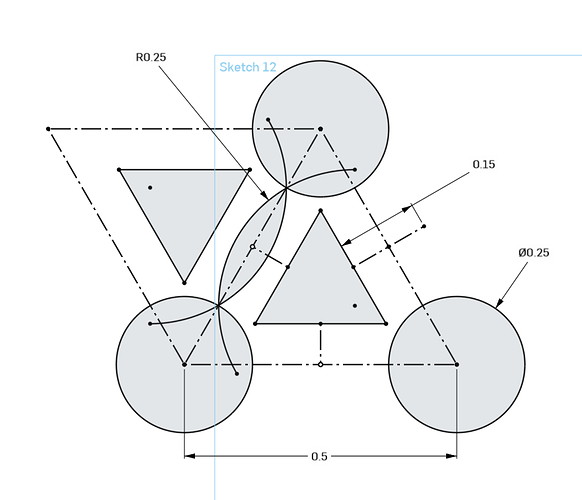 I don’t really want to call you out for this or anything, this is a perfectly valid issue to have with a complex unintuitive geometry, but back in my day (grumble grumble!) we did the sketching by hand, which made it more obvious when issues like this occurred. I started making featurescripts to automate repetitive tasks, so I made them dumb and fast and trusted the user to give it the right inputs. I always recommend people learn to do things by hand first, and then use the scripts to reduce labor once the process is well understood. So that’s my general advice for stuff like this- do it by hand once or twice or when the featurescript doesn’t seem to be working, and not only will you appreciate having the script more, you’ll understand what is actually going on inside the box.

Was able to get it working after playing around with the input, thanks for the in depth explanation! That’s definitely something to keep in mind in the future to, thanks.

based solely on this thread and my own experience trying to mess around and figure it all out. ive got a decent grasp by now but im sure there are some im not using or not using all of the features of them to the full extent.