How we Scout at Electric City Regional

Here is Omegabytes 5727 scouting data dump from The Electric City Regional event where we competed and ranked fifth. We went onto become the captain of the third alliance, choosing 1051 and 7085 as alliance partners where our alliance competed through quarterfinals when we won our first match 77 to 54 points, took it to a rubber match and went on to compete in semifinals in a similar fashion only losing our first match, pulling a backup robot of 2080 to win by 81 to 77 points and only losing that match by one point 59 to 60 in our ultimate semifinal match.

When we arrived, the scouts immediately jumped into scouting competing teams. Finding information on where the teams were climbing and shooting is always incredibly important to our plays. We judged the character of the team by observing their teamwork and the way they interacted with the other competitors and our team. We also observed how the team worked together while fixing their robot. We even checked their software, mechanical systems, and marketing. We found that some teams were able to market themselves effectively, while others were lacking in that area. We also found that some teams were underprepared, while others were extremely prepared and had amazing robots.

Our scouts received paper scouting sheets, clipboards, and pens while in the stands. They filled out the information sheets during the match and from there, we input the information into a spreadsheet. In doing so, we used it to predict the outcome of future matches and thus to decide which alliance we desired for the Playoff rounds. For example, in the match that we tied, we were predicted to lose 56 to 32 points. However, by focusing on the strongest robot according to scouting data, we were able to tie by honing in on their observed skills.

The best part about the scouting team and the work they do for the team during competitions like this is how dependable they are. Without as much focus and dedication to reporting on other teams and their robots, we wouldn’t be able to get nearly as far. With our scouts, we have the confidence and support to make bold decisions and rise above the competition. 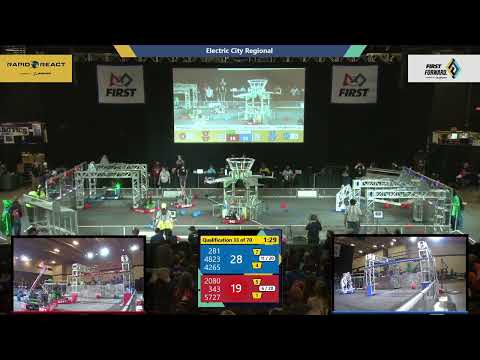 Were you intending to attach or link to your scouting data file? I don’t see anything like that in your post. My apologies if it’s there and I’ve managed to miss seeing it.

To be fair, the fact that the hottest-shooting robot at Electric City, 4265, managed to tip itself over with 1:22 left in the match shown probably had more to do with the deviation from the predicted blue score than any particular action by the red alliance. That shifting swerve drive 4265 has is a technical tour de force, but they need to get the dynamics cleaned up. I’m genuinely frightened about what they might bring to Smoky Mountains and Champs if they can fix their driving stability and reduce the bot weight enough to keep their traversal climber attached.

We do much the same process, only we use transparency film over the scouting sheets. The scouts write on the film with dry erase markers, and that way we don’t have nearly the wasted paper.

We use 12 clipboards, so while 6 are actively used by scouts, the other 6 are being entered into the spreadsheet and reset for the following match. 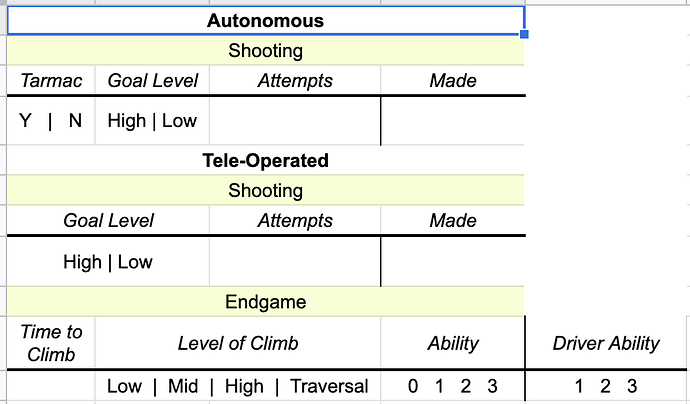 Haha yes, the tipping was definitely a giant limiting factor for us at Electric City. Turns out there are some really goofy dynamics when you are trying to give the driver control over such a crazy wide range of ground speeds and torques, and when you have to manage the acceleration limits off-motor (to preserve the ability for the motor to respond quickly enough when shifting). We also identified several edge cases with the azimuth control code that were exacerbated when when we moved our PID onto the Falcon and the modules got more aggressive/responsive. We think we’ve got the control code ironed out now