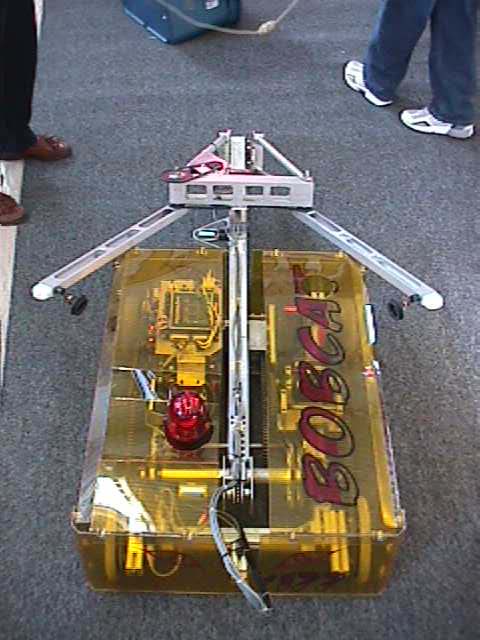 6 Motors, no pnuematics, lots of polycarb protection. Hopefully it’s not too simple.

I hope we get pictures of our robot up soon. Our robots are nearly identical. I guess great minds do think alike.

Nice job to the bobcats…

Don’t they have 2 bots to practice on?

My roomie (Eric O) always rants about the 2001 Bobcat season, and how you managed to build 2 bots…

(personally, I just think he wants to go relive his glory days…)

Yea, we have our two 2001 bots that rock.
Bobcat and Petunia. Of course, they are nothing like this year’s bot at all.

oh they were glory days, but we are ready to make some more memories.