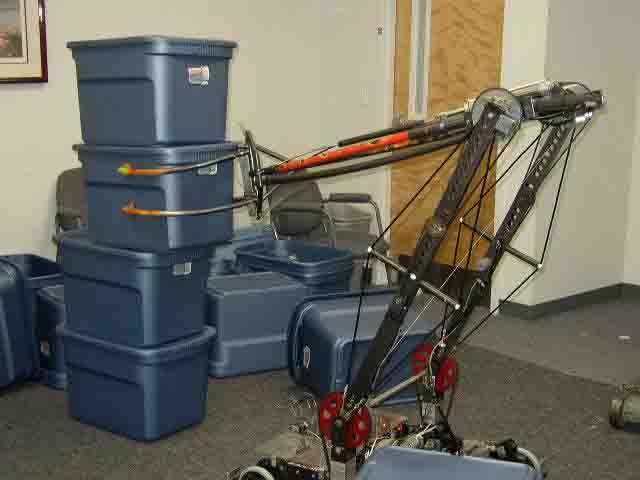 i would never forget this 2001 robot, unless they plan to use the same design this year

its not the same bot http://www.firstrobotics.net/01gallery/312-1.jpg

well they coulda went with somewhat the same design this year

ehh, the more I look at it, the more I think its 2001 bot, considering its the EXACT same down the the wheels just without the siding… but it could be

take a look at our 2000 drive train and 2002 they are all basically the same. Plus…how long do you think we have had to practice with this since the design was basically already done?

Why on earth would u not make any design changes? Especialy with the upgraded motors of this year.

I just dunno. I have some SERIOUS doubts that you guy were (insert word here) enough to build the same bot. Thats just not smart. I REALLY hope this is a prank. It seems very much so not in the spirit of first.

hrmm same wheels and everything, however I can’t see this years drivetrain

not that we plan to spoil your plans, but I see gracious proffesionalism leaning more towards being humble than the pomposity displayed

It is the 2001 robot, with a little different painting at the end, and the sides are off. I bet the drivers got 6 weeks of practice as soon as the field was built.

I am pretty sure they got something better than this… If not, its still a really good robot.

Heatwave is one of MY favorite teams. I KNOW they will be at the top of the list with new or old.

Lookin forward to seeing you guys at UCF and Nats…will be on stage with you guys…Who knows? Maybe we will even be an alliance in the finals.

P.S. Sorry that you guys can’t bring your band this year. It was always good at KSC.

As I’m sure most people already know, this is obvioulsy our 2001 bot not our 2003. We all got a little slap happy towards the ship date and we figured we would have a little fun seeing who remembered our 2001 bot. We look forward to seeing everyone at the competition at UCF and Huston!