So I’ll preface this by saying I am being hypocritical. @Varun_Rajesh I know I was dubious about the swerve module being what attaches two sides together, but after reviewing some of @Trevor’s work, it looked like it would work out fine, so I decided I would take a stab at it.

So I decided to spend my Friday designing a differential swerve very heavily based off of Trevor’s instead of paying attention in online schooling. I have to say, I am very happy with the results. 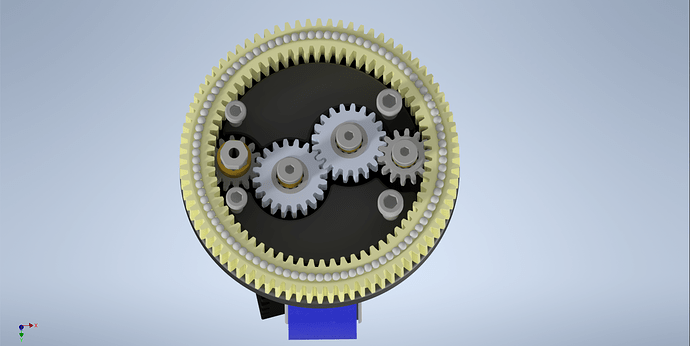 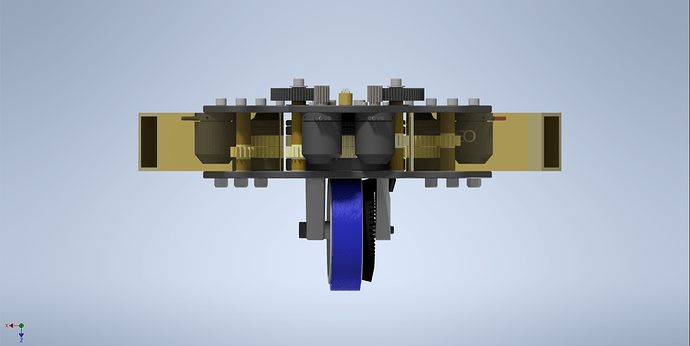 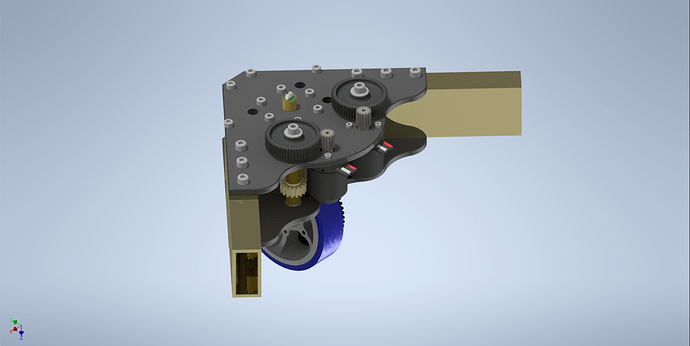 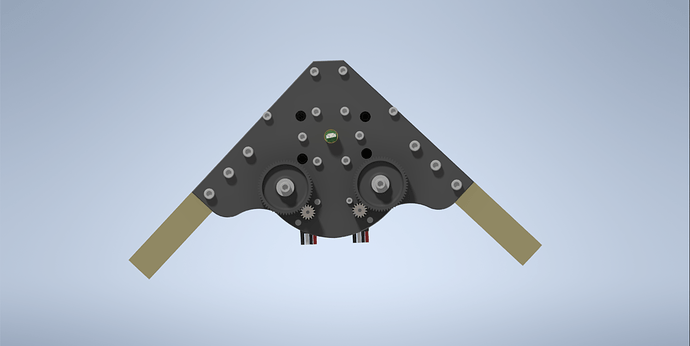 I changed the wheel size to 4 inches since that would be more standard for FRC, and then I also changed the internal gears to be spinning on shoulder bolts. To secure them, I used press-in threaded inserts for plastic, which I pressed into the bottom 3D Printed part.

Here is the link to the GrabCAD page. (Ignore file names please, they made more at the time)

The design looks fantastic, but I have a few concerns regarding your “Secondary Wheelbase” part. First of all, there isn’t enough clearance for the bevel gear to turn. Secondly, I recommend you flip the bolt head on that part so that the socket faces the ground since I wouldn’t particularly trust threads in plastic to withstand a lot of lateral load. Finally, you might want to beef up that part, looks a bit weak to me.

Oh dang I don’t know how I didn’t notice that there was a bevel gear intersection, thanks for pointing that out. Also I planned for these to be made out of 6061, similar to SDS, because I can be a bit riskier with the design. If I set it at as ABS plastic in the model that is my mistake, it is meant to be aluminum.

Material was set to the default so i assumed that it would’ve been 3D printed. If it’s going to be in 6061 it should be fine.