Hi everyone, I am the lead coach of the rookie team 8067 Alpha Lab and I was wondering if anyone has thought about implementing a hybrid system that has the capability of going high and low? A common adage reiterated to rookie teams is: K.I.S.S (Keep it simple stupid). However, the competitor in me wants to bring out the best out our team. Thus, we are considering going places where other rookie teams wouldn’t even dare going. Hence, came the idea of using a rather simple mechanism used in Halloween props which involves a pneumatic actuator that would allow the power cell container going from a flat angle position to an almost 90 degrees one. Such system would obviously give a team the advantage of both using the trench run and rising up to shoot up high. This prototype is nowhere near feasible yet, but I was just wandering if any other teams have had the same idea. Any advice or ideas would be much appreciated and if you believe that we are trying to bite at something that we may not be able to chew PLEASE let us know!

Here is an example of the pneumatic armature that would hold up the power cell cage https://www.youtube.com/watch?v=lAp3JewsFaspneumatic 90 degree angle tilt 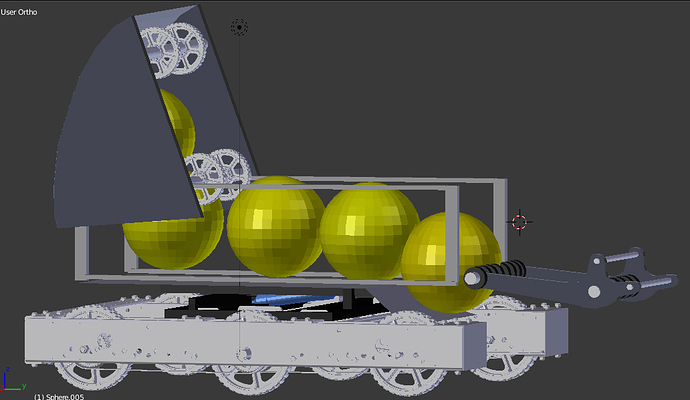 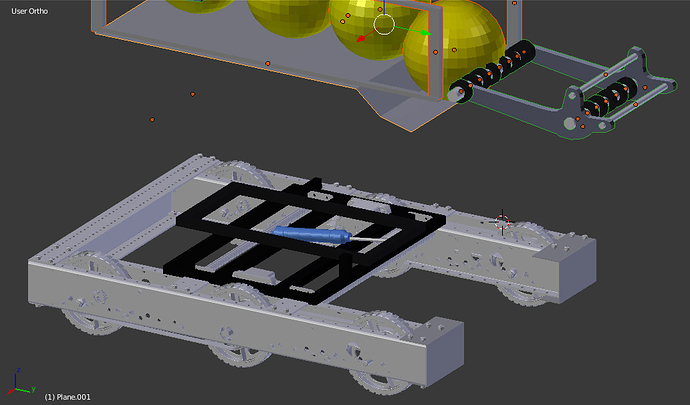 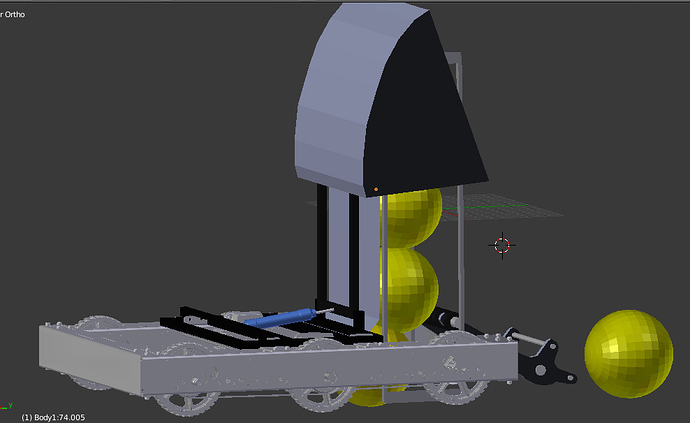 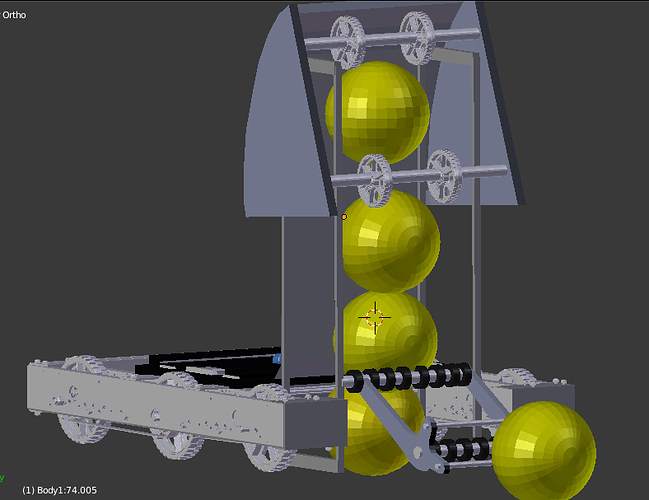 Whether or not it is too ambitious depends on your team’s experience and resources.

A way to simplify your concept is to keep the ball path horizontal like in your first picture. You could then push the ball vertically into the shooter for the high goal or push it straight out the end opposite the intake for the low goal. It makes you a bit more likely to be blocked by a tall robot but a low robot would be easier to make quick and agile than a tall one.

Thank you for your feedback. I do believe that keeping it simple would be much easier.

On an unrelated note I notice that you are cutting the end out of the frame. I recommend getting the frame opening kit from Andymark. https://www.andymark.com/products/am14u4-frame-opening-upgrade-kit-1

It makes it easy to get the strength back lost to cutting the end out.

Also look at the Versaroller stuff from vexpro.com and the intake of 971 in 2012. They even made a report on it. http://frc971.org/files/2012-BehindTheDesignTeam971.pdf

There were quite a few teams that did this back in 2016.

There was a low bar to drive under and a high goal shot. You can use them for inspiration if you want. Just understand that 2016 was a single ball game and this year is not. 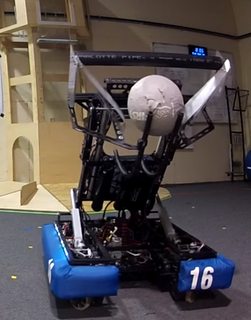 This is one of the teams that did it. You can search for more of them

They told me that Chiefdelphi was the place to go, but I never imagined that it would be this helpful. What an amazing community spirit! This information will be very valuable to our team’s robot design. Cheers!