The concept for the Robot Control Buddy was to be a dedicated hardware device used for enabling, disabling, and e-stopping the robot that is easy to construct and compact/light enough that it can be held. My intended use-case for the RCB was that we could have a dedicated person (student or mentor) whose sole job during robot testing is to enable and disable the robot and man the e-stop should it be necessary, moving this job away from the main driver/operator, and allowing this dedicated resource to also be able to put more focus on safety, like making sure no one is touching the robot when you go to enable, or being quicker to disable in the event something goes wrong during a test/run.

This is a project that has been kinda floating around in the back of my mind for at least the last 5 years or so, and with the pandemic last year, I had more free time on my hands, so I finally took on this smaller project amongst several others. So now that I have not only built it, but done a decent bit of testing, by using the RCB during testing/debugging with Team 3468, I am feeling confident in sharing this idea with the CD community.

The Robot Control Buddy as I have realized it utilizes an Arduino Pro Micro emulating a keyboard and an off the shelf “industrial-style” button box from Amazon to send the Enable, Disable, and E-Stop key combos respectively. With the other bits and pieces being a USB Cable to plug into the Arduino and Driverstation, some wire to connect the Arduino to the switch, automotive terminals to connect the wires to the switches, and in my case a bit of PCB Header to solder the wire to to easily connect/disconnect the Arduino from the switches.

Below is a photo of the Robot Control Buddy I made, as well as some photos of the inside showing how I wired it and put strain relief on the arduino by putting a knot in the USB Cable. At the bottom is the link to the Arduino Code I wrote to have the Pro Micro send the keystrokes to the computer. Ideas for improvements as well as Pull Requests to the initial project are welcome, as are critiques. 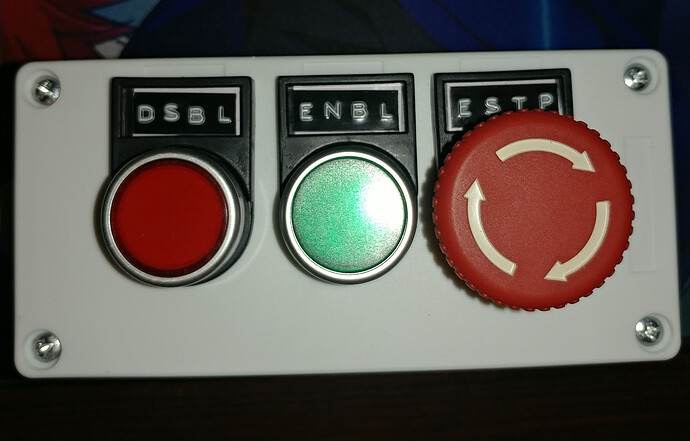 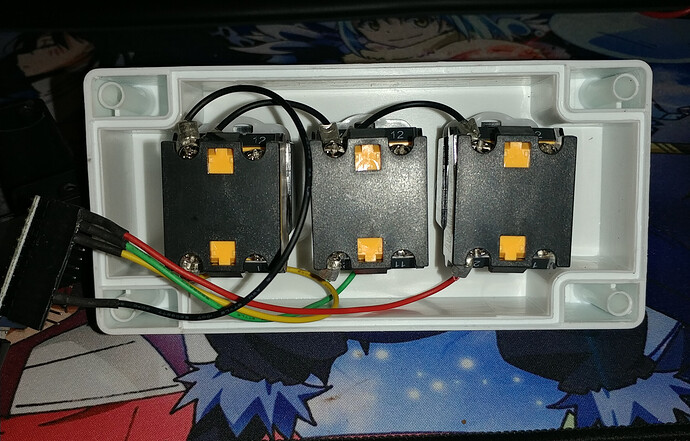 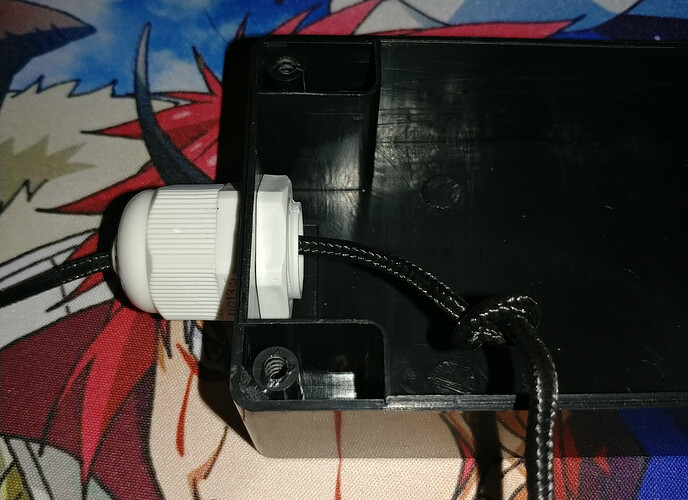 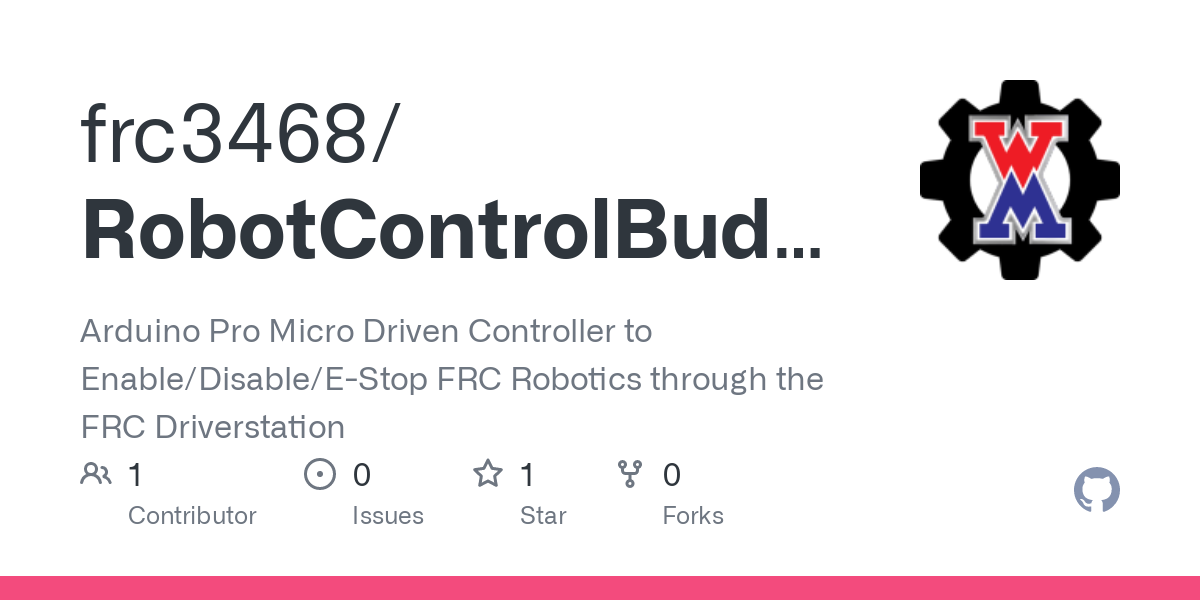 Everything old is new again… 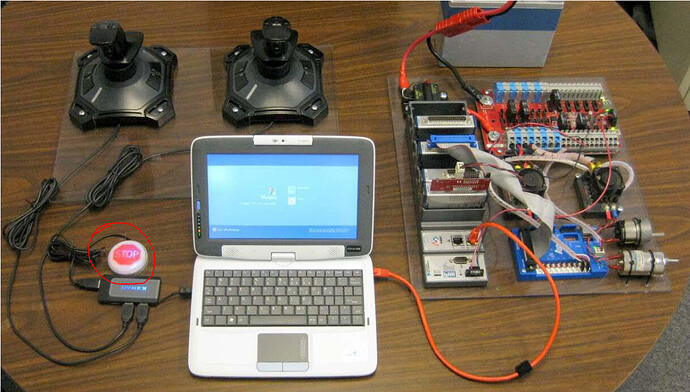 Oh yes! I am well aware of the old physical e-stops, and of course ones used at competitions.

3468 gave a demo/presentation for one of our sponsors, Graphic Packaging, and we actually got comments on the Robot Control Buddies, and got to play it into our stance on safety! 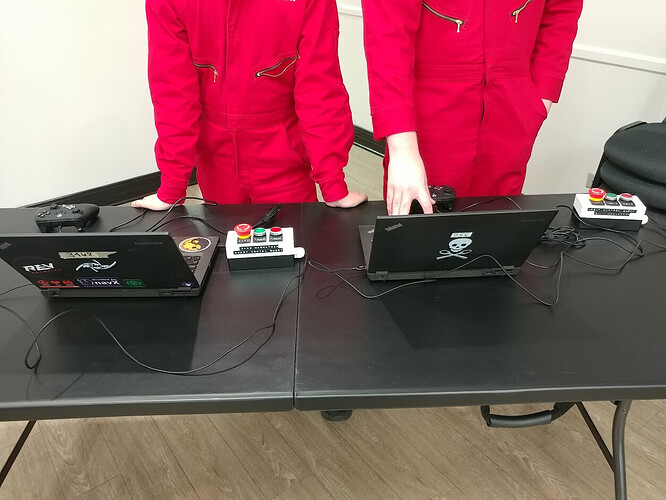 Dang that brings me back!!!

I made a very similar thing this build season with just an EStop button. Instead of an arduino I used a raspberry pi pico since it was a bit cheaper. Just bought a 3 button panel to upgrade mine now!