We have had several discussions with the IRI “Rules” group, and have agreed on just one rule change for the 2013 IRI. Last year we waited until closer to the event to post the rule changes, and some teams were upset with that, so we are announcing the changes now so that teams can evaluate the impact on their strategy and game play before they apply to attend.

(PS - We will begin the IRI application activity in early May, after the CHP.)

We will add a “Co-Opertition Pyramid” in the middle of the field. In qualification matches, each alliance will receive 2 (two) Qualification Points (QS) if both have a robot on the first level (or higher) of this Pyramid. Each alliance will also receive climb points consistent with what they would have received on their alliance pyramid (10, 20 or 30).

If only one alliance climbs the Co-Opertition Pyramid, NO Qualification points are given and NO climb points are awarded.

We believe this change will add a unique “IRI Dynamic” to the game and really drive match strategies between alliances.

We are trying to get approval from FIRST to paint the pyramid white to be consistent with previous games and hope to have the OK this week (they may allow it since the IRI is after all official events).

At this time, no other rule changes are planned – we think the game is playing out very well and just wanted to add a new strategy element.

OOOOH! Nice change! I hope the TRR group considers this!

I like the concept behind this (I’m a big fan of co-op ever since the co-op bridge in 2012, I think it’s a nice way to incorporate the values of FIRST in gameplay), though I am worried this might make the field too crowded.
What will be the distance between this pyramid and the colored pyramids (between the closest floor connections)?

Ooo please say it ain’t so!

ITT: People so inebriated on FIRST and Coopertition that they think this is a good idea.

I’d love to see what would happen if this was the actual change.

Finally, a change I think we can all agree on. This was sorely missed in the competition this year.

Imagine how the tall robots would feel with even more of the field out of reach for them. :rolleyes:

We will add a “Co-Opertition Pyramid” in the middle of the field. In qualification matches, each alliance will receive 2 (two) Qualification Points (QS) if both have a robot on the first level (or higher) of this Pyramid. Each alliance will also receive climb points consistent with what they would have received on their alliance pyramid (10, 20 or 30).

Did you consider making the co-op pyramid with a circular base? And if you do that, might as well go all the way & change the red pyramid over to a triangular base.

Yeah, my initial reaction was, “you must be kidding”.

I think a less unbelievable scenario would be to replace the two alliance pyramids with a common “white” pyramid in the center of the field and have everybody start from their auto line side of the pyramid.

ITT: People so inebriated on FIRST and Coopertition that they think this is a good idea.

Great rule change! This will definitely enhance the experience for teams at IRI!

Ohhhhhhhh I get it now::rtm::

Ohhhhhhhh I get it now::rtm::

It took me an hour to realize what day it is…

Is it really a prank if the idea becomes real?

I think you will have to buy or create your own pyramid to have a CoOp pyramid.

I’d like to see a Co-opertition zipline where you get bonus points for climbing to the top of your pyramid and then ziplining to the other pyramid to tag your opponent’s robot.

that is just a quick rough mock of what the field would look like. It would make it very difficult for robots that cannot travel under the pyramids. 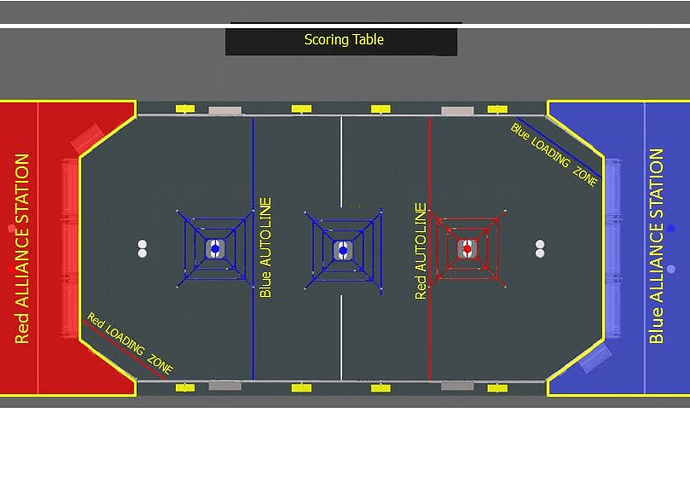 This change is outrageous!! We’re going to have to boycott this competition now. You won’t see 2791 at IRI this year!!!

Actually, the entire team wanted to apply and attend this year but I’m the only mentor who isn’t busy that weekend.