This topic was started in this post, but I wanted to make a new thread with a “clickier” title.

It is emerging that the best way to score max points in the power point challenge is to use a flat goal. But, judging if a shot is scored on the flat goal isn’t the easiest thing. The standard is that >50% of the ball must be within the circle of the goal. The best way to see this is looking directly at the goal as much as possible.

Here are some visual references:
If the center of the ball is on the edge of the circle, it is less than 50% inside the goal. This is a 2 point score. 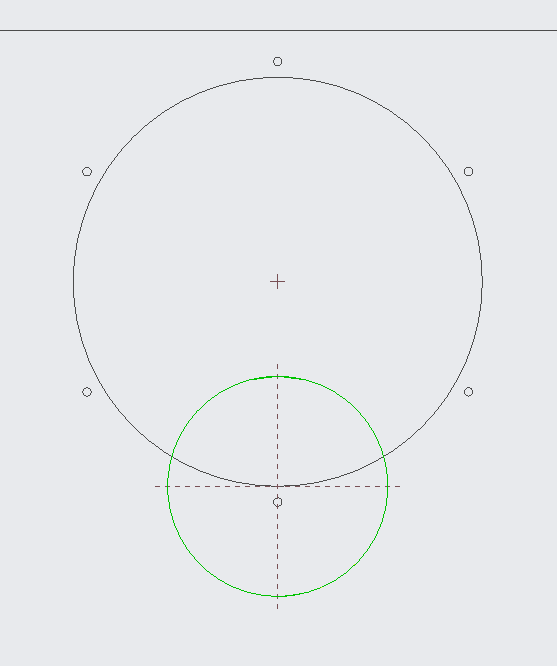 If the edge of the circle touches the max points of the ball diameter, it is more than 50% inside the goal. This is a 3 point score. This is the criteria Triple Helix uses to score our videos, as shown in this example of our power port run. 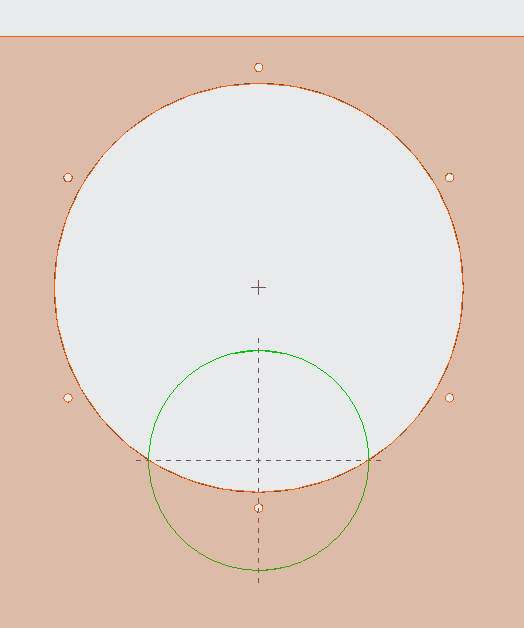 The actual boundary case, as calculated in the referenced post, is when the center of the ball and goal are 6.175 inches apart. This is quite difficult to judge when looking at a freeze frame on a video, hence why we use the easier and more conservative standard, above. 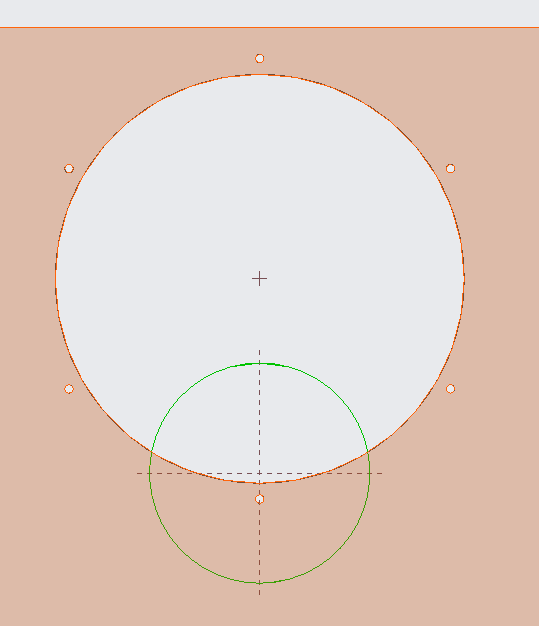 Thanks for making this thread - my team and I were talking about this just the other day. What I think worries us more is that FIRST will remove/void your entire challenge score if you score something too high, whereas they will keep your low score if you score it low when it is really high. This worries our team, as we are now scoring very conservatively, primarily because we are worried that our score will be voided. I understand that these judges have thousands of videos to review, but it is a little confusing and kind of upsetting, as we don’t know if we will get a judge who freeze-frames every video, or just calls our mentor to tell us our 45 hour work week was pointless.
No need for replies re-explaining to me - I understand how scoring works. Our team doesn’t have that straight of a view on the goal. Yes, it makes the job easier, but there are still two results that the judges can say. I am guessing (I am NOT a judge), that there will be two judges; one senior and one normal/new judge. Any questionable calls go to the senior judge, and he can call it whatever we want. Even if we could get the camera straight, would judges look closely like you did in the OP to see if the shot counts?
I don’t want to send any hate, as I don’t see what else judges could do, but it still is worrying. I just wish they could score it themselves, instead of leaving us to do our best, in which simply a different opinion because we couldn’t get our camera right ruins our season.

my idea that I think would make for a much less stressful score would be that if a judge finds an error, whether it is actual or a matter of perception/interpretation, is that the difference is subtracted from the submitted score. For example, a reported score is 39 but the judge rules it as 37, the adjusted “actual” score is 35. much much better than a zero.

I assume the reason FIRST did it this way, saying that your entire score will be void instead of just subtracting points, is to scare teams into being more careful/conservative with their scoring instead of relying on judges going through every single one of the hundreds or thousands of videos frame by frame. I don’t agree with it, but that’s what my assumption is.

Completely voiding the score after submissions close is kind of draconian. But I am guessing that they will actually only review the top 3-4 scores, essentially those that are in line for an award.

Yes. This.
No hate here either, as I realize the thousands of videos that will be submitted, but it’s cause for high anxiety and a lot of stress worrying about having your score you worked so hard on possibly being disqualified.

I can honestly say this challenge has been THE most stressful one, especially after we asked the questions to clarify scoring. Insane amount of hours put in, still not happy with our score and then the pressure that you could be zeroed if you score even 1 point too high.
Going frame by frame and sometimes it’s hits in between even with 60fps or it’s so close to call so we go lower. Even with this in the manual - “For shots that are indeterminately close to the 50% threshold, the team may consider the POWER CELL scored accordingly.” I assume accordingly means a 3, not a 2. But again, now to be safe we are taking the lower score.

I would hope the judges would not be so picky and would lean towards the team, but I can also see where if you had multiple teams in a group with the same score, you’d have to really check.

I still say though, they should just lower your score to what they judge it as if there is a disagreement. These kids have put in weeks (months really) of immense hard work, really long hours and to have a score just be zeroed out? Still seems way to harsh to me for a season that has already been more challenging in so many ways.

To the OP, thanks for the diagrams. This is what one of our students was going by as well and had drawn it out several times when we’d be questioning a shot.

In a normal season, we have fouls for simple errors that only drop your score by a couple points. Imagine every penalty being a red card…

In the event that a team’s scores do get cancelled, it is going to be very hard to tell the students, “hey remember that challenge you spent weeks optimizing for? Yeah, accidentally scored too high and now we get a 0 in that category”. For teams that are doing all 5 challenges, they will be fineish but I know many teams who are just doing 3 challenges and going from there. Getting a 0 on one of those is gonna be crippling.

Unless it is painfully obvious that it’s a 3, I’m scoring stuff as a two. The teams that put little circles on their video for the inner port are smart.