I’ve got this autonomous code and it goes forward but I cant get it to stop at all. I’m new to autonomous and finally got it to move now I just need a stop

You need to go to Mark’s last post. I’m not sure why you have a drive auto vi in there. But you do not have the time values in milliseconds that Mark has. So your first frame doesn’t know when to stop.
Each frame will need to include a time duration. Hopefully this makes sense. But it is clearly in Mark’s example. And just saying Mark is a at least a minor god. I don’t know how I would have made it through the last 10years with out his help

A couple of issues.

You have this in the wrong vi.
You need to carefully remove your code from there. 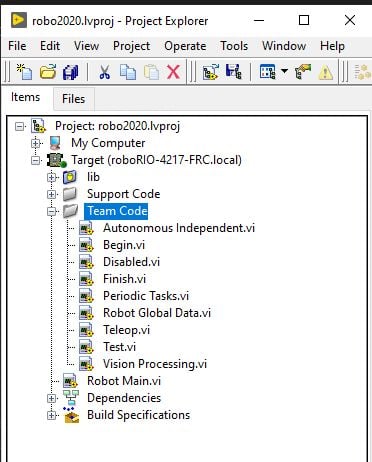 Other than that your flat sequence seems good, but will need an addition after you put it into Autonomous Independent.vi