I went back and collected data on the blue alliance scoring to see how much my perception of teams changed, but below is the compete climbing and high goal scoring (sorry, 8518!). 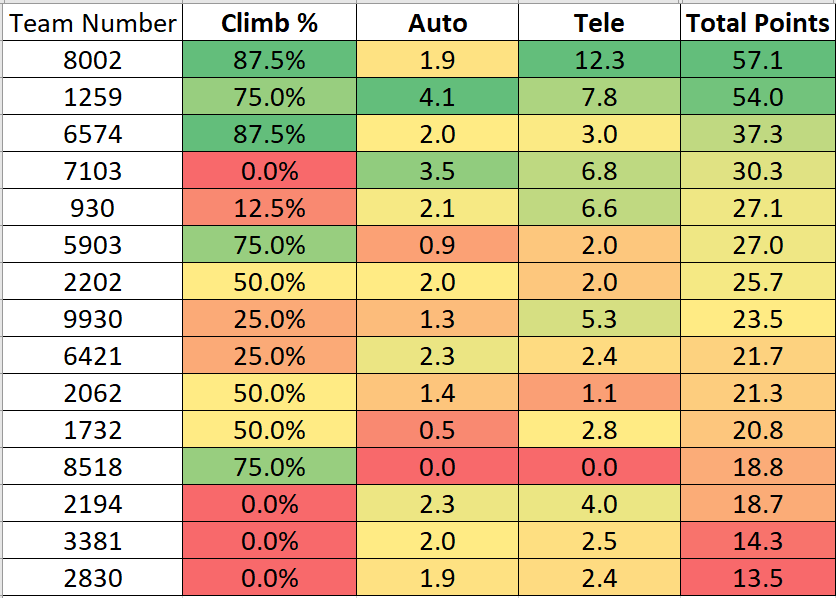 7103 is an interesting example of a team that should have been picked but every alliance was justified – if not correct – to pass on them. I think they would have been a great 3rd robot on an alliance with two consistent climbers that did not want to take the additional line up time and chance for the triple climb, deciding to try to squeeze out an extra cycle, go for the safe double balance while 7103 played climb defense or scored more. The issue is alliances 2 through 4 all already had one robot with a 25% or less climber, so they were forced to go with the best climbers available. #1 alliance did have two consistent climbers but since 1259 already had a very good trench auto, 7103’s biggest strength wouldn’t have helped much unless they wanted to risk running this auto again. Just a tough break for 7103.