OK fellow mentors. Other than Anderson Connectors what connectors can we legally use? We personally had so many issues with Anderson connectors last year we don’t want to use them again. Can we use the bullet type connectors that are commonly used in RC vehicles?

I don’t think there is a restriction on the connectors.

These finware XT-60s work really well. Sometimes you get crappy plastic or whatever, but after buying many, many xt-60s, I stick with these 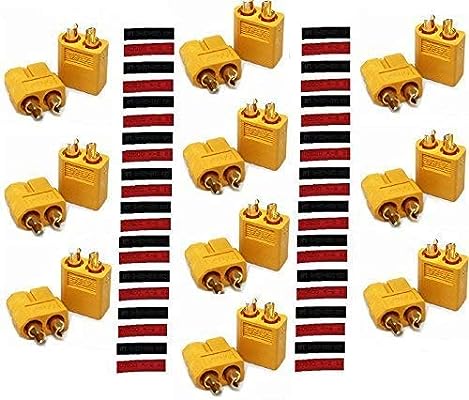 the only connector called out specifically in the manual is that the Anderson connector must be used to connect the battery to the pdp, for connecting motors to motor controllers and such it is completely up to your team, our team uses xt60s and loves them, they are easy to plug and remove, it is impossible to connect them backwards, and they have a perfect gap to insert a zip tie between the two wires on each side of the connector to cinch the whole thing together just for a bit of insurance. to switch something out you just clip the zip tie and a gently tug separates the halves without smashing hands as the Andersons have been known to do. The only gotcha is that you need to make sure they are soldered very well, (don’t have a rookie do it), and you need to heat-shrink. lastly make sure you dont get the knockoff ones, they are not is good as the originals, also you can use the xt30s and xt90s for lower or higher load applications

Out of curiosity what are some of the problems you had with Anderson’s?

We had connectors falling out of the plastic housings. Even with Zip ties.

Sounds like they weren’t seated correctly. They should be pushed in until they click and can’t be tugged out.

If you continue not wanting to use APPs, XT60s are a common option. Personally I dislike soldering them, but some people prefer them for the gendered-ness. Make sure everything you use is rated for the current that can pass through the breaker (at least 40A for the largest circuit we can use.)

We used automotive spade connectors in the past but stopped due to them just being a pain and unreliable. 2017 we used a screw style wire nut, and had issues with the screw loosening or not clamping on the wire properly. Last year we used ring terminals screwed together, with boots covering them as insulation, with ultimately going to XT60s this year. We have distorted parts while soldering the XT60s but they are still able to go together and stay connected. We like having the ability to wrap a ziptie around them. And the soldering aspect isnt a huge deal, we solder nearly every connection we can since we like to ensure they wont come apart. We even decided to move away from terminal blocks and try out XT30s this year for CAN Bus.

We had connectors falling out of the plastic housings. Even with Zip ties.

Totally with @dydx here. Once the connectors are properly inserted, they’re a bit of a pain to get back out. I’ve never had one “fall out” once it was in.

That said, on your branch circuits (not the battery-main breaker-PDP input circuit), you can use any connector you wish as long as it doesn’t violate some specific rule (e.g. it contains mercury) and either the connector or you insulate the connection.

OK fellow mentors. Other than Anderson Connectors what connectors can we legally use? We personally had so many issues with Anderson connectors last year we don’t want to use them again. Can we use the bullet type connectors that are commonly used in RC vehicles?

The Anderson PP connector family is a professional grade connector for industrial applications. One of my past employers used thousands of them per week in their products without issue.

We personally had so many issues with Anderson connectors last year we don’t want to use them again.

Given the wide spread use of Andersons by top teams, if you are having trouble with them, it’s in the application more than the product. You should be looking at how you use them regardless of what connectors you use. The wire needs to be properly crimped to the connector with wire that fits the connector. Attention needs to be paid to proper strain relief of the connector. You do not want the wire to be pulling the connector apart or so much slack that the connector is allowed to whip around. Never use electrical wire as an structural member. The connectors can be zip tied together or clipped with retention clips

My only comment is whatever connector you use. Please make sure it is rated for the amperage of your wire. If it is not a commonly used connector in FIRST then please bring a data sheet or documentation to your event to help your inspection go smoothly.

I felt terrible for a team that I inspected at champs last year that had some connectors that I had never seen before and after doing a google search for the part number they were only rated for 8 amps on 40 amp circuits. After a discussion with the LRI they had to replace them and spend more time in their pits than they would have hoped.

Just to be sure. What do you think is an Anderson connector?

I think it is this: 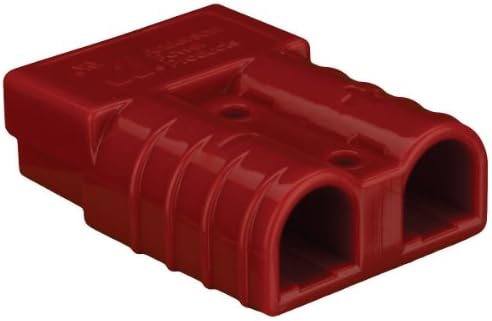 But when I first started mentoring with 4627, everyone was referring to these as Anderson Connectors: 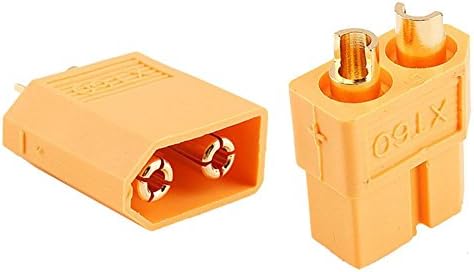 The former I’ve never experienced any problems with.

With the latter, the only problems we’ve seen on the team is when people don’t use zip-ties to keep them from coming apart when tugged or when people solder them incorrectly (using too fine of a tip, and not pre-tinning the wire and connector.

When soldered correctly and zip-tied, they are a terrific connector.

The first is an SB50 which FRC teams use for the battery. The second is an XT60, not an Anderson. When people say Anderson Power Pole / APP they are usually referring to this:

yes, I’m aware but I don’t think OP ever said “APP” and wanted to make sure they weren’t under the same misimpression that my team was at when I first got there.

Yes, we didn’t get exactly those ones, but that’s the type.

The quality of the ones we got are okay, I’ll try and find them

Actually - you CAN screw up the andersons. The smaller 30 amp connectors and sometimes the 45 can be crimped so that they are ‘flat’ enough that they will not latch on the metal tab in the housing, and if they do latch they may not make a connection with another power pole when you connect them. We’re actually moving away from the 30 amp connectors right now because of it. I found that 2 of our drivetrain andersons needed to be rebent and reseated before they made solid contanct. “Flicking” the connector with your finger caused it to lose connection and remake (this is power wires).

That said, I much prefer crimped connections to soldered ones.

There are a number of third party “APP” sold on Amazon and eBay. They are significantly less expensive too. I wonder if the OP was using one of the third party on their team. I know we have considered them in the past, but stayed with the official ones because they have been consistently reliable. Our first year (this is our third), we used the spade and ring connectors included in the KOP. We had nothing but problems with them, but I bet we just did not crimp them right (or secure them). Last year, we switched to APP, and had no problems with our motor connections.
We tend to get them from powerwerx, because thus far, they have the best deal. Though, I just saw Andymark sells them too.