Does anyone have data on the static coefficient of friction between polycarbonate and aluminum? Thanks for your help!

So I’m looking through a bunch of tables for static coefficients of friction, and not seeing any that list anything for metal-on-plastic coefficients.

The following is a guess: I think it’s gonna be hard to pin down a single number that “always” works. The physics-class static friction model is fairly idealized. For example, when materials are of different hardness, there is noticeable wear over time that can impact the coefficients of friction. This one paper reports a ~20% shift after just a half hour of rubbing for some plastic materials: 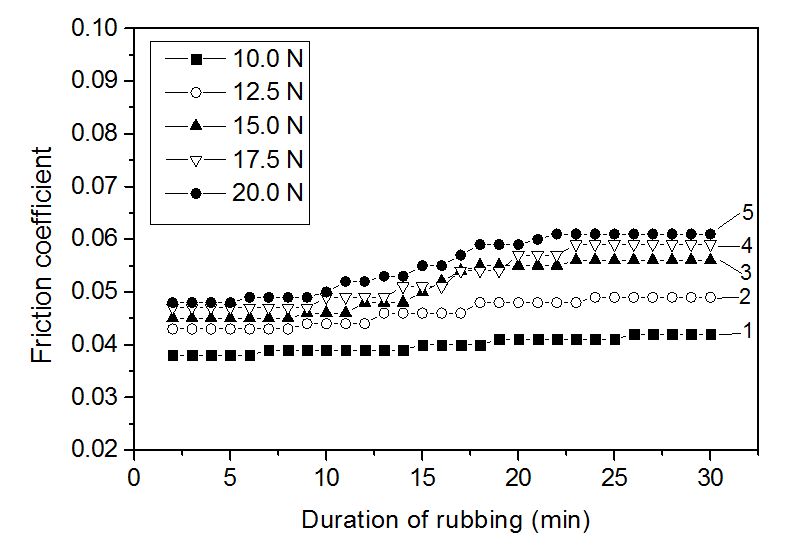 I would take this to imply that how much the two surfaces have been “roughed up” also matters enough that you’d probably want to consider it. All of this ties back to the spring-like action of two surfaces compressed together with some lateral force, which though understood in theory doesn’t yield nice quantitative answers.

Another common experimental method is putting something like an aluminum block on a polycarbonate rmap and measuring the angle it takes for the block to start sliding. You can use that angle and the weight of the block to find the coefficient of static friction. However this number will only be so accurate for the reasons above so don’t rely on it extensively.

This is likely the cheaper (and therefor better) method. Totally forgot about that one, thanks!

You don’t need the weight of the block; mass cancels out of the calculation. Tilt until you hit the point of impending motion, and the tangent of that angle equals the coefficient of friction. Do it a bunch and take an average.