Now that it has been officially released that COTS linear actuators will be legal for use in FRC starting next year, I’m very interested in receiving community feedback on this significant change. What are some uses you foresee for COTS linear actuators on FRC robots? What applications in the past have you wished you could have used a COTS linear actuator for but couldn’t due to the rules restrictions? I am looking forward to seeing how useful they turn out to be in practicality and hope this will be a positive change. What do you think?

Many of the COTS ones are pretty low speed, high force. I think they’ll be a good option for Everybot climbers on a budget. Other than that, I’m not sure yet - I was hoping to have something for intake retraction, but the speed is too low to directly replace a pneumatic.

One use-case would be simple easy release for sprung-loaded mechanisms. On the 254 2022 robot we had a pneumatic cylinder whose retraction “pulled the pin” that allowed the Stinger/Tail to extend.

Other than that and the pneumatics to deploy/retract the intakes, we had very little pneumatics on the robot. The pneumatics system is heavy and additional burden to assemble. Motors for deploying intakes can be faster (see 1323 or 4414 this year) and never slow down (we were running out of air until we added more air tanks).

With COTS linear actuators we could make simple pull-the-pin releases that would enable us to drop pneumatics more easily.

3468 has used the DART Linear Actuators that AndyMark previously sold in 2 of our last 3 bots. For DeepSpace we used two for controlling a double reverse four bar lift. For Rapid React we used one for our adaptation of the 118 EveryBot cargo lift rather than the chain and sprocket.

How about small ones for precision adjustments of something? Like a shooter hood angle?

Sure, could be an alternative to the geared-rack design that is most common.

Could package similar to how 971 did their ball screw-driven hood actuation in 2020. 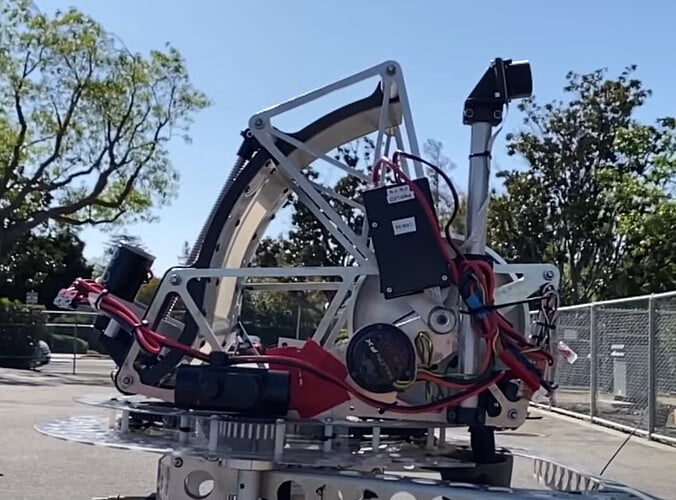 My big question, is what affordable COTS linear actuators are out there? The rule seems like a huge opening for some cool stuff. The current limit of 20A means teams will need to be careful in their selection.

WE would have used them for our hood. We started with servo ones but had issues with the servo power module and ‘ghost movements’ and ended up fixing our hood position and changing wheel speeds.

So, is this $8 device considered a linear actuator? It is to me, and it’s perfect for those “pull the pin” mechanisms. 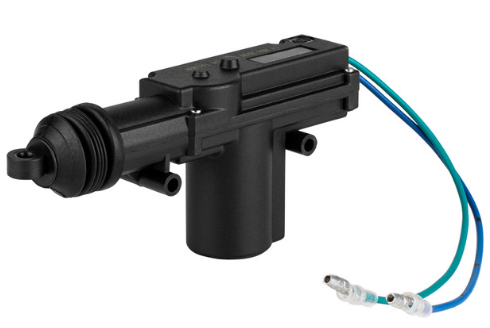 It appears to meet the description. I would say yes

WCP added these miniature linear actuators, but I have yet to use them.

So, is this $8 device considered a linear actuator? It is to me, and it’s perfect for those “pull the pin” mechanisms.

We’ve used these in past years when any automotive motor has been legal (it’s a car door lock actuator). Nifty little devices that may have the power/strength you need to pull a pin, just don’t actuate/“run” them for long. A couple seconds at most. They burn out pretty quickly when current is run through the coils for a prolonged period of time (call that 10-20s).

WCP added these miniature linear actuators , but I have yet to use them.

These being a “servo” have been legal in previous years. Note Bmongar’s post above where they (and others) have used these for adjustable hood actuation (some teams more successfully than others it would seem).

WCP added these miniature linear actuators , but I have yet to use them.

AndyMark have been selling similar linear servos for some time. They can use more power than the Rio bus provides so it best to run them through the Rev servo power module so they do not brown out the bus.

How about these small ones on Amazon for something like a ratchet switch? $30

Nifty little devices that may have the power/strength you need to pull a pin, just don’t actuate/“run” them for long. A couple seconds at most. They burn out pretty quickly when current is run through the coils for a prolonged period of time (call that 10-20s).

Yes. I used some of these to replace the door lock actuators in one of my cars and it didn’t last long. I ended up getting an OEM one. It was clearly a lot beefier.

Can we take a break from shooters for a while?

I did a deep dive into this question when the rule change was announced a couple weeks ago. Frustratingly, I haven’t found a product that I really like.

Many of the actuators you find at farm supply stores and online are made (well, at least sold) by a company called Concentric International, and many of their models are retailed at Pololu.com, as well Tractor Supply Company in the US and Princess Auto in Canada.

They offer lots of 12V actuators that are able to exert between 30 and 1000 lbf, with strokes between 2" and 24", and optional potentiometer or feedback. Unfortunately the vast majority of them have a loaded speed of less than 0.5 inches/second, which makes them pretty useless in the FRC context (if your mechanism takes ~12 seconds to deploy, it’s too slow to perform 10+ cycles per match).

Concentric does offer a few actuators that are close to good, but none of them are perfect:

The LACT6-500APL have larger motors (> 13A current under load) allowing them to lift 500+ lbf, but they’re geared at 20:1, limiting them to that unusable 0.5" per second speed. Concentric’s page hints that other gear ratios could be optional, but I have not been able to find a faster geared one online for retail.

This one is pretty good actually: ServoCity / Robotzone 6-263 is geared 5:1, so it travels ~2 inches per second, and it has a reasonably large motor (20A current draw at 330 lbf force). These might be the same thing as the Concentric LACT6, but with 5:1 gearboxes? Looks very similar anyway. 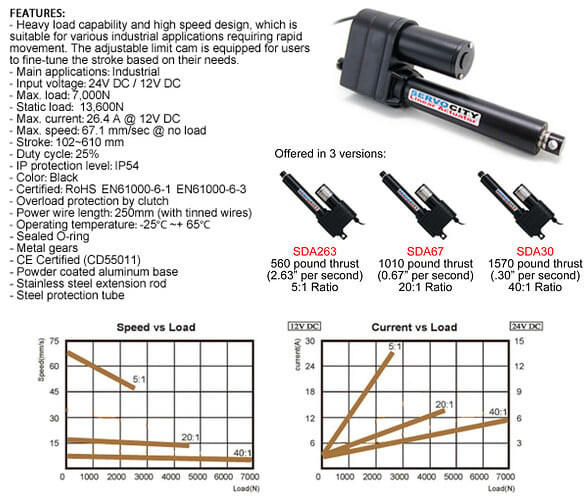 Thomson Linear’s Electrak 1 / Electrak GX models are also pretty much perfect for a game piece lifting arm (~2" per second, ~250 lbf load), but the Thomson website lists them at over $500, and over 120 days delivery.

If those are the linear servos 2073 had on their hood this year, make sure you use and support them correctly. Their motion is smooth and accurate. The are NOT impact resistant! Fragile is a good way to describe them