Looking for an alternate Controls System for FRC robot

I would like to take our past FRC robots and install a different control system and drive system. (cannot keep using our limited RoboRios). I have used a 6-channel transmitter in the past, but it was quickly outdated and no longer supported…plus being very annoying to set up the controls.

Are there any suggestions/recommendations on a system we could use to control our bot(s) that is simple and effective?

The CTRE hero board works well. especially on if you motors are on canbus. It programs in [edit: C#] so you will have to rewrite your code and might lose some advance features. Might be an issue if you use a lot of encoders. Demo bots typically run simpler codes set. Has anybody programmed a swerve drive for the Hero?

The other option is to try to pick up Roborio 1s on the used market. If you can find them they should be pretty reasonable and will be supported with update libraries for the near future.

Weird that your 6 channel receiver is out of date. I used them for older bots (most of the old 45 robots use them since they have simple functions).

For a lot of our minibots, I use a VEX Cortex microcontroller and pwm signals.

It programs in Qbasic

Also I use this board for various projects and love it.
The problem with older robots with no CAN motor controllers is the HERO board only has 3 PWM outputs, Picture of I/O and COMM protocols below 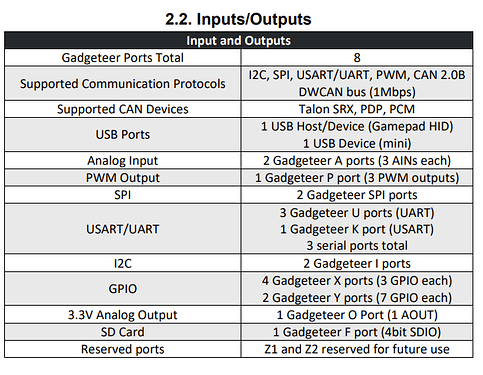 Anyone still using one of these? RobotOpen :: Hardware :: Gorgon Flex Robot Controller, WIFI

Just to clarify, the minimum spec for Gadgeteer requires the 3 PWM outputs listed but HERO actually has 5 - we were able to fit another couple outputs in.

The full HERO-specific list is in the PWM section:

That’s still nowhere near what a roboRIO has available for PWM, but combined with some PWM Y-cables you can stretch it pretty far for demo/development robots.

While difficult to get ahold of at the moment and not all that much cheaper than a roboRIO, you could consider using the Rev Control Hub used for FTC. You would be limited to using PWM outputs, but there are 6 such ports on the device which you can then use to send signal to your motor controllers (there is no CAN communication, but all major FRC motor controllers can be controlled over PWM as well). Additionally, with the use of an Expansion Hub, that PWM capacity can go up to 12.

It has the major advantages of being a well-supported device, since it is in current use by the FTC program. Code can be written in Java and while there are some differences between FTC/FRC programming, they aren’t that dissimilar and you can make it as simple/complex as you want (from coding with blocks ranging to using Android Studio).

For FRC 3826 we use a HERO board to run a demo Swerve drive using Talon SRX’s controlling Mini-CIMs and BAG motors. Has field oriented or robot oriented control and Yaw control with a NavX board (Pigeon also works). Just uses either a XBox wireless controller or a Logitech F710 wireless controller. Makes a good parade or demo robot since it starts up immediately (no radio start/log-on).

Not the Gorgon Flex specifically, but 3468 is using RobotOpen w/ an Arduino+Ethernet Shield+IO Breakout Shield for our Air Cannon Bot.

However, RobotOpen does not appear to be being actively developed or maintained at this point, and the official version of the Driver Station only works on an old version of Chrome, for which they only provide an installer for Windows. I actually submitted three pull requests to the Robot Open Driverstation last year to fix the Chrome Version issue, as well as another bug I encountered with the Disable hotkey, plus a feature for displaying values for the joysticks, however none have been merged. If you were interested though, you could clone the develop branch of my fork and side-load the chrome app into Chrome on whichever OS you’d like. We’ve been using a handheld Raspberry Pi setup for our Air Cannon’s DriverStation. 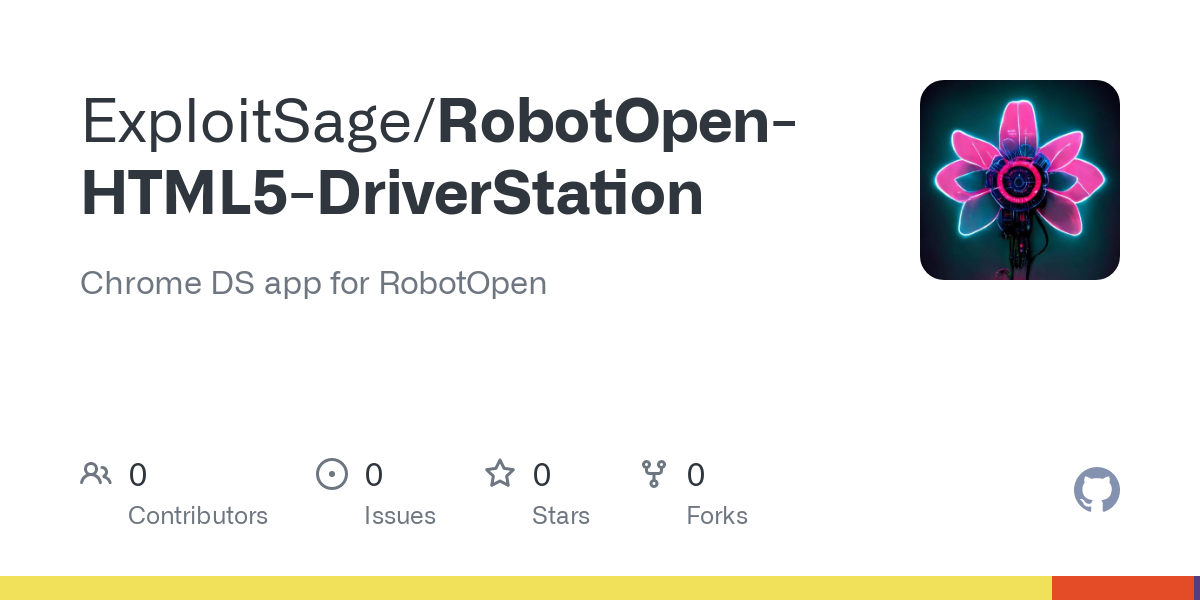 Chrome DS app for RobotOpen. Contribute to gurustave/RobotOpen-HTML5-DriverStation development by creating an account on GitHub.