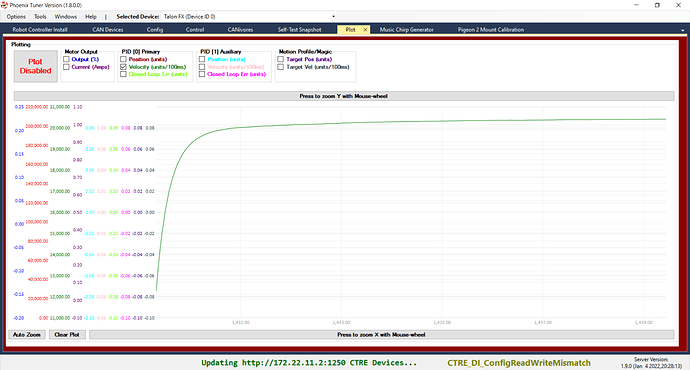 It would be interesting to see the % output. If the % output is 100% that means that you’ve effectively reached the maximum speed of the mechanism under that load. 6380 RPM is the free speed (e.g. the speed with no load) of the motor, and you stated you do have a load attached, so it won’t reach that speed.

Without gear ratio in the equation the maximum speed of a Falcon (calculated from max free speed of 6380 RPM) is 21,777 native units per 100ms.

This is incredibly helpful thank you!