My team and I are planning on making a turret shooter as a fun off-season project (which we can use in future FIRST seasons). I’ve been going over many different methods to make this happen, and the best and cheapest one seems to be using a timing belt and a heavy-duty lazy susan.
How do teams manufacture large timing pulleys?

You don’t have to use timing pulleys, but they are not hard to make

You can also 3D print them, or 3D print sections of them and bolt them together

There’s also chain, which is arguably easier to manufacture on a router and waterjet

There are quite a few ways to make a turret work. Check out other robots for examples. Don’t reinvent the wheel if you don’t have to!

We 3D printed ours in a few segments that interlock between segment ends. (Yes we we swapped to a belt from a gear on the turret ring, (skipping teeth issues)).

This is the first time we have implemented a turret in our twenty-five year history and we went straight to 3D printing. The ring gear was printed in three segments and the idler and driven gears act as the bearing supports for the whole thing. We likely could have gone with smaller PD/Module gears but we were just guessing at our first attempt, the whole system could likely be a little smaller.

The same methods could be applied to timing pulleys and belts. As a matter of fact, all of the timing pulleys on this year’s robot are 3D printed, we’ve been slowly making the shift to printing low impact drive components over the years and it has worked out thus far. They’re typically lighter and only cost materials and time (most of which is idle as the printer does its thing). 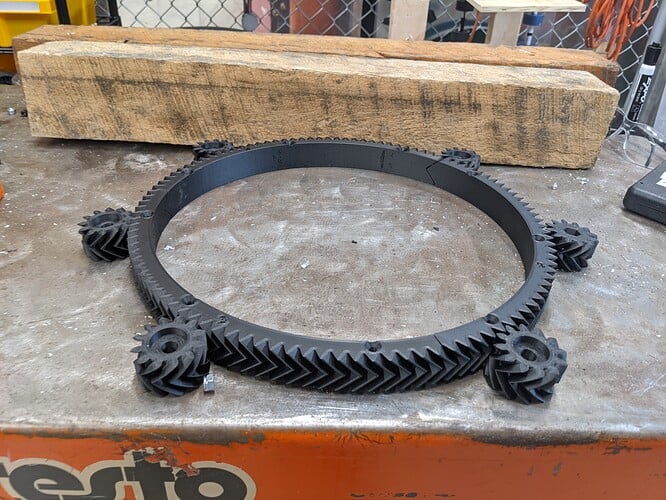 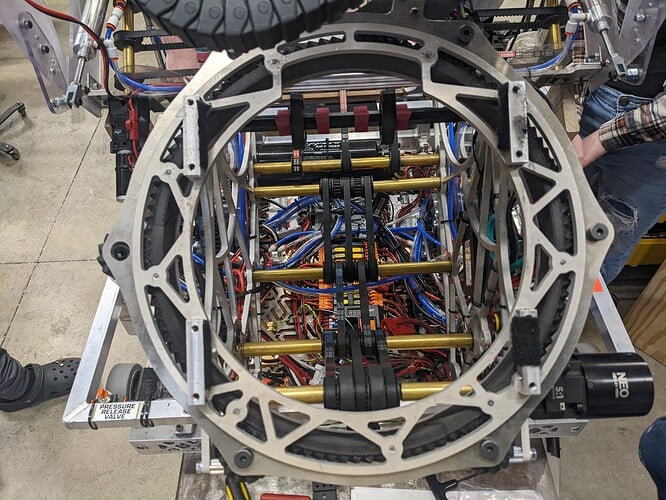 Team 1296 used HTD belt and contact cemented it to the outside of the mcmaster turntable (this one https://www.mcmaster.com/8233K16/). We can then use a HTD pulley to create the timing and gear ratio we want. It’s cheap, easy, and light weight. We’ve been running this concept all season with no issues. 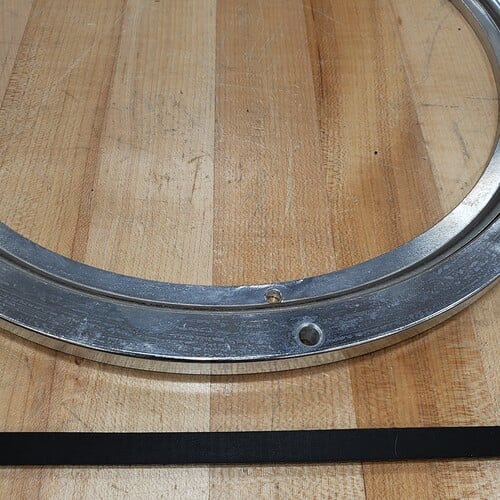 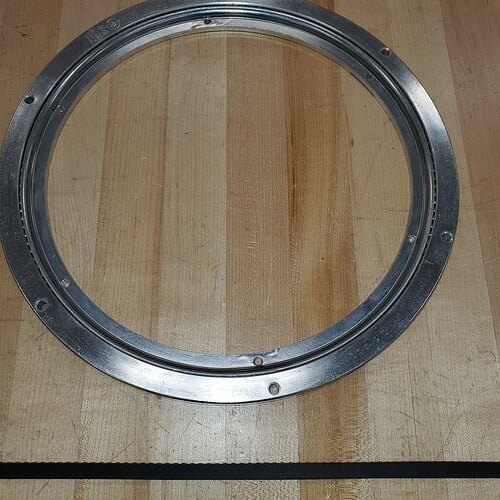 I have a similar question but with an adjustable hood, we don’t have the capability of 3D printing, at least not right now. Are there standard practices that could make this a reality in the form of the back of the hood having the teeth on it?

I suppose this deserves a thread of its own!

There are several ways. You could use a huge gear reduction on something, and gear or timing pulley to rotate it, you can use a linear servo (andymark) but I hear those are slow and weak

Again, you can cut a gear profile out on a CNC as well

The tough part is packaging it. Most of the time the hood has to rotate on the same axis as the shooter wheel, so you need to really thing about how you can package that

Also, 3D printers are pretty cheap. Ender 3s can be found for $100 at microcenter, or $250 online for a newer model. Good enough for most things if you tune it right. I don’t tune mine at all and it’s good enough for spacers and simple parts