Despite the interruption due to COVID-19, team MARS 2614 was lucky enough to build a robot and compete with it at the 2020 Palmetto Regional, ranking 3rd, finishing as regional finalists, and winning the Excellence in Engineering Award for the first time in team history. We had a little bit of time afterward to make some modifications, but stopped all in-person work in March. Small teams have since returned to update software and test new machine features, and I got a chance to go in and make a 2020 reveal video. This is certainly belated, but we’re proud to introduce MARVIN XIII. 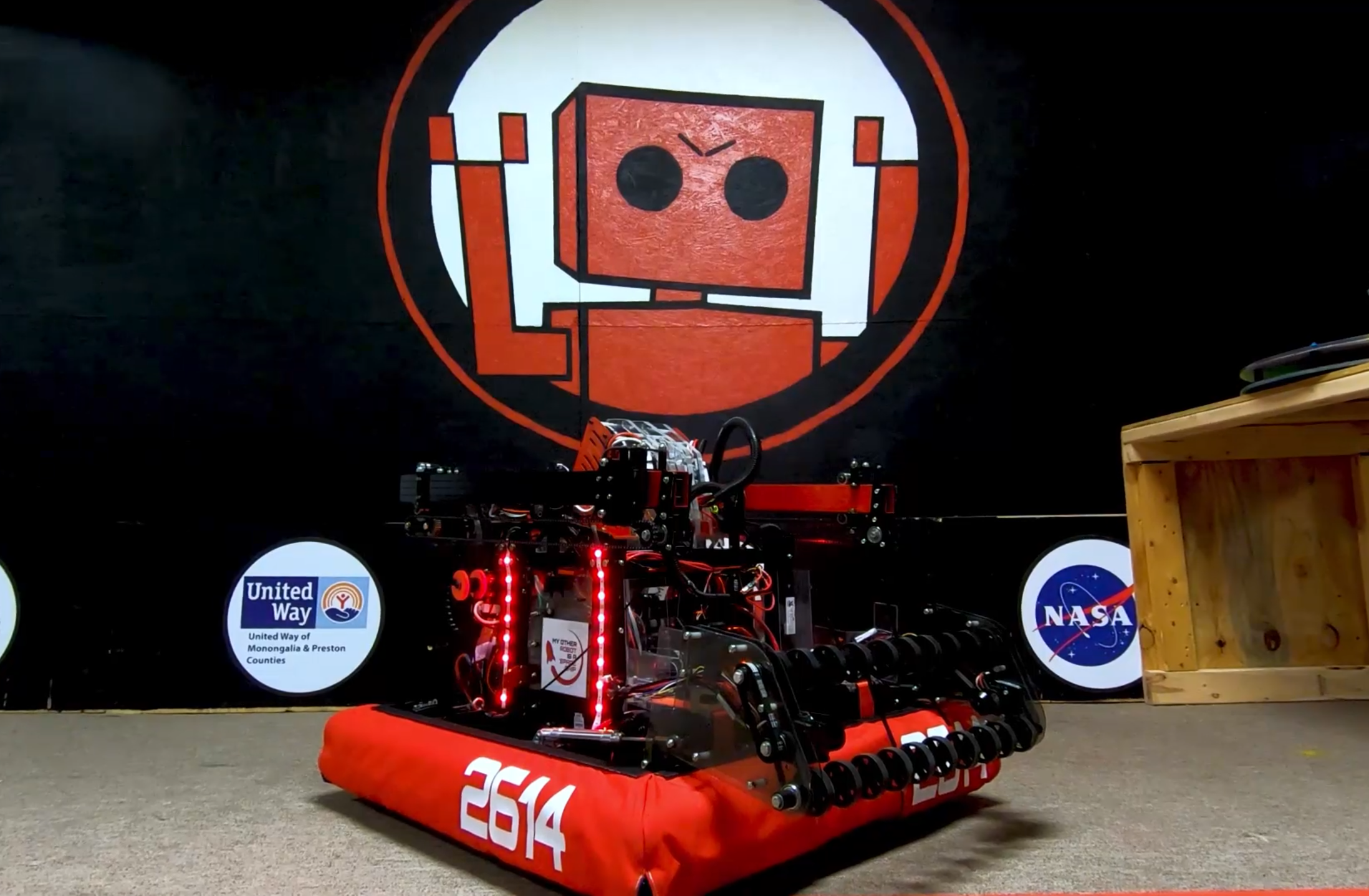 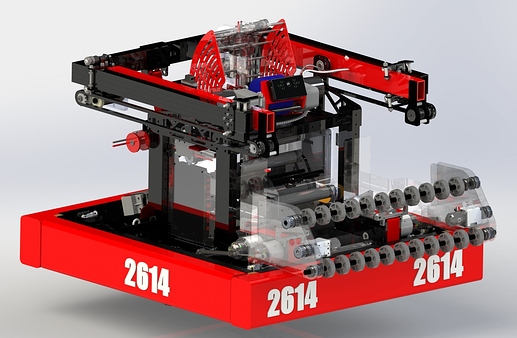 Was the intake originally a mechanum one at Palmetto or am I misremembering?

Yes. The original intake used mechanum wheels, but we choose to move in a different direction following the event.

Here’s a picture of the original design.

Sweet robot. Love the hanging mechanism. I am very glad that we got to play on the same side of the field for once. Hopefully we will get to pair up again soon.

How do you alaign the power cells, form the intake to the magazine mechanism?

We used to have an exterior mecanum wheel intake with 125’s 3DP mecanum wheels. Now, we have a powered V similar to the spectrum design except it’s completely vertical. It took some space juggling to get everything within the tiny area. We have the wedges mounted on the flipped gearboxes. Only one side (shown) is powered. 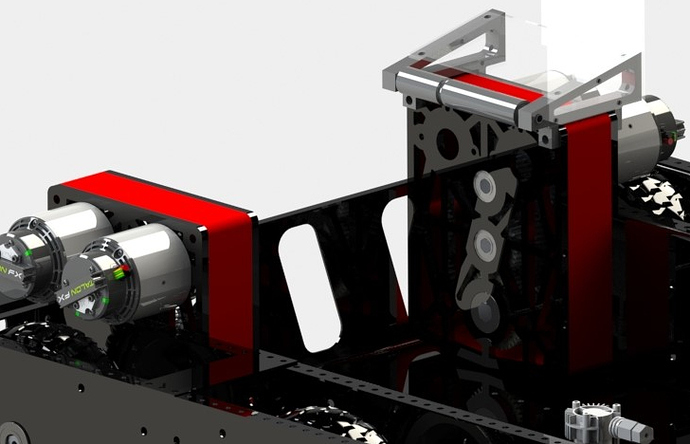