Most Expensive Part to Never Make a Robot

I think in 2016 1923 wanted to attempt to reach the climbing bar using something called Rolatube.

The SYSTEM 50 lightweight search and rescue mast is ideal for the deployment of essential infrastructure in challenging environments.

Essentially a 2in diameter composite tube that rolls up onto a spool. We actually used it one year in FTC for a climber (way over-built), but it ended up exceeding the single COTS part cost limit for FRC.

Obviously there are much more weight and cost effective solutions, but we thought it was cool and easy to implement at the time.

A season or two before that, 2" SLS metal mecanum wheels, for testing.

HA! I was right about those. We were thinking they might have been cast for a bit. They were in my miscellaneous future robot parts bookscase. I’ll put in a pic if I find them.

My dad has one of the 6" units, with the experimental roller designs, in the garage.

@troy_dietz I was at my folks’ place today, and took these. 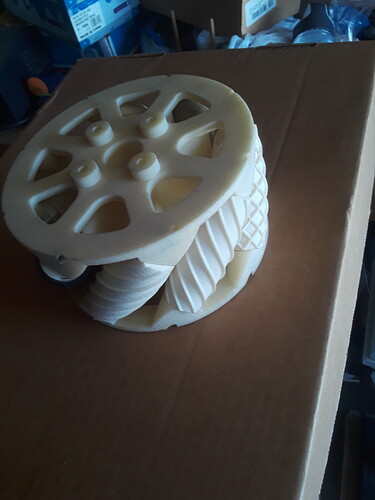 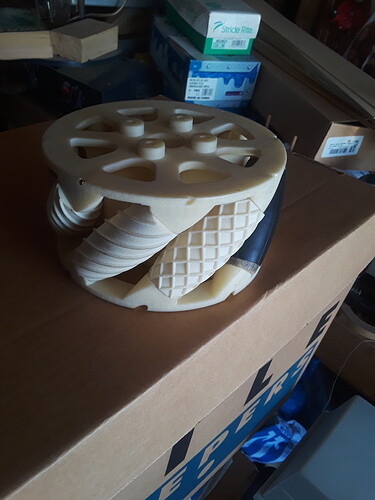 On a cost basis, one reason we never did check it was because we weren’t sure how to pro-rate, if at all. The deal was that you’d prorate based on what you could get as far as material (shop that did the printing was a sponsor). But, for an SLS machine where material is sold by weight, do you use a) the weight of the part, or b) the weight of the material required to make the part (which is about the size of the print volume of the machine)?

I’ll give you a clue: One of those numbers might actually have been low enough that we could make this work…

For anybody wondering: the little posts are for a sprocket. The textures on the rollers? Let’s just say we were getting “creative” with how to handle some things.

The cost of the aluminum alone would do the trick, not to mention the number of CIMs

Oh man billet chassis always a good joke didnt think anyone ever modeled one up!

I’m sure there were other times, but the one I remember best was all the polycarbonate tube and sheet and adhesives to build a ramp for a Power Up buddy climb. Quite a few hundreds of dollars, much of which wasn’t going to be usable for anything else later.

FWIW, the best adhesive for sheet polycarbonate from the home center doesn’t stick to polycarb versaframe - and makes it brittle, to boot. Fortunately, we figured out we didn’t have the weight budget before we started on round 3 of adhesives testing.

We have a custom chassis we design and cut out on our CNC router. The whole thing was cut out from 1 4’x4’ sheet of .08" aluminum.

Cut it all out and assembled it

That’s when I realize I didn’t do a drop center, I did a lifted center on accident

Run it upside down?

SLS is a tricky one. I have used it a ton on robots since 2018. I have always costed it from the part weight. But its hard to use the straight part weight since no one runs them with 100% virgin powder (research purposes vary). Most of the time, people use 60-80% recycled powder in builds. Here is a little guy we will be testing more this off-season. Lots of area on the hub to do some generative design for light weighting. 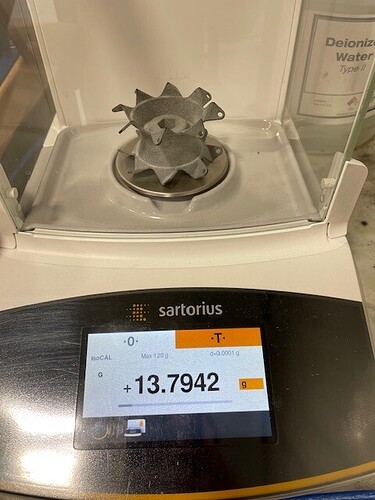 In 2018 the team talked about being one of those cool ramp bots. We may have ordered 4 pneumatic cylinders for this - 2" bore with something like a 20" stroke. Close to $700 in cylinders that didn’t make it on the robot. Someday we’re going to need those for something. Someday.

This part did end up making it on the robot

I feel stupid even remembering this, but not only did it not make the final robot, we were never supposed to have it manufactured. This was an old iteration of a part on our climber, and while the final version could’ve been made on a regular 3 axis, the CAD for this somehow got in the files we sent to out-sourcing, and it made the entire batch of parts go to a 5 axis. 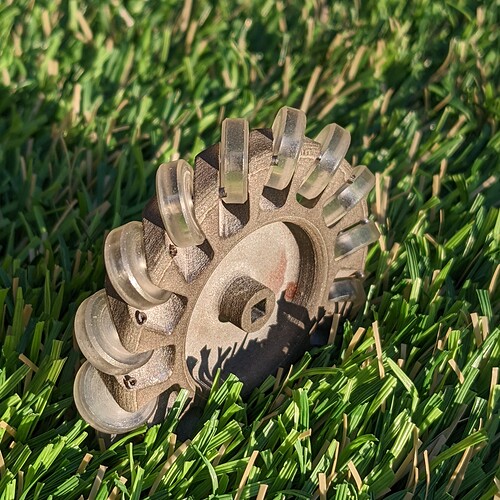 I see they live!

Details:
SLS metal–I don’t recall exactly what, I’ll have to ask my Dad–for the core–this is a crisp picture, you can see the print lines. Slight issues with bending the flanges while loading the axles as I recall.
Steel pins for the axles
Polycarb rollers (I think? It’s been a while)

Hub for a VEX square shaft (Actually, the EDUBot, bonus guru points if you know what that was).

Built: Fall 2003, tested on a small robot at some point that fall or the following spring/fall. The wheel I posted was built spring 2005.

And other than on intakes, 330 never once fielded a mecanum wheel. (You could make the argument they never fielded a non-tank drivetrain… but it’s an argument.) After a robot built to handle either mecanum or 6WD wins champs on 6WD, you don’t really go back…

Actually, the EDUBot, bonus guru points if you know what that was

We bought a coral edge TPU and a pi 4 8 gb at inflated 2022 prices for cargo recognition ended up not using them.

Most years, we either catch our bad ideas early enough or we’re taking the sawzall to them in the pits. Not much in between.

The one that sticks out the most was in 2018, where we bought several 1.125" bore cylinders to do a robot lifter concept we scrapped in week 4 or 5 of build season when we determined “wait, that can’t fit in the frame perimeter”. Easily a couple hundred bucks to Automation Direct, offset slightly by their very kind voucher.

Our 2nd hab 3 climber design was a pair of wedges on the front of the robot and a extremely long lead screw actuator. I think we had a student spend the entirety of a Saturday meeting machining the tubes just to find out it was going to put us overweight (plus we kept sliding on the HDPE). 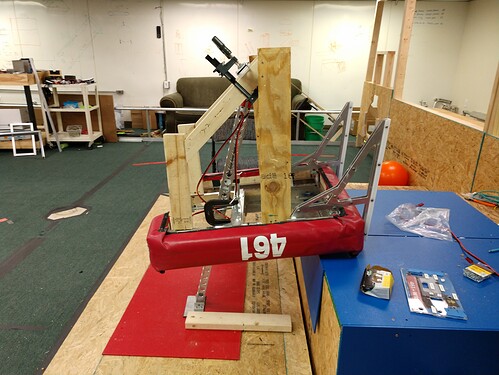