This thread is a place to get unbiased feedback on shots on the 2-D goal. It is a little difficult to determine if a ball is 50% in. Especially if the camera is a little off line and lower than the goal. I have found for my team I seem to think all the close ones are in, but would like some outside feedback, and I thought others might as well.

This is by no means an official ruling, but might give you more confidence when submitting your score on how it will be scored.

Create a poll with a video, or better yet a still image that shows the ball hitting the goal.

I will start with the following. 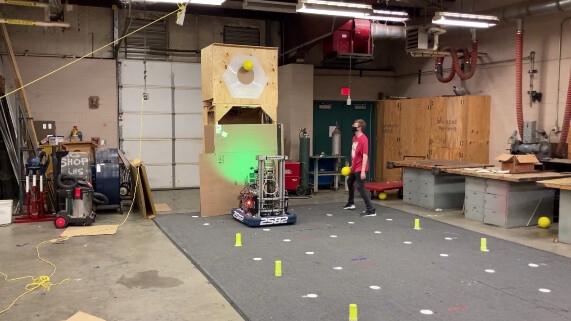 I would go for 2 points. We are running the policy that if it is not extremely obvious a 3pter don’t write it down as one. If it’s on that 50% line just say two points. None of it is worth getting a score completely disqualified.

Interesting. This is the first poll I have tried to create. I would have thought if you have a user name it would consider you in the registered group. It also looks like I allowed multiple answers to a person. I’ll do it a bit differently next time, but thanks for the feedback.

The group registered just means accounts made prior to the move to discourse, pre-2019.
Here’s some more info on that

Discourse 2.4 introduced a feature to limit people who can vote in polls to a specific group. However, chiefdelphi doesn’t really use groups, and so the option is confusing. For example, if the user chooses the Registered group (which seems logical to limit anonymous votes) then you really limit it to people in the Registered group which omits anyone who joined since the discourse transition. For example, that happened in the Should we replay infinite recharge? [Poll] thread. If possible, I th…

That’s odd, I can’t vote in the poll but I’ve been registered since 2008 I think.

With the answers to Q’s 140 & 142, we are siding with extreme caution. To end up having an entire challenged zeroed over one point possibly, still seems harsh, but is what it is.
It added another level of stress that’s for sure!

Even using the 2D port and having the “indeterminate” rule in the manual, still makes you worry about what a judge would say, so if we question a shot at all, we’ve been redoing it. (i we really want the clear 3)
Sometimes it is hard due to camera angle, shadows, etc. to really see it…even going frame by frame.

Okay, it makes contact and appears barely outside the inner goal (those who saw it live were divided), but the backspin pulls it in in the following frame… It is definitely still in contact with the goal because it hasn’t started moving to the right until the frames after. 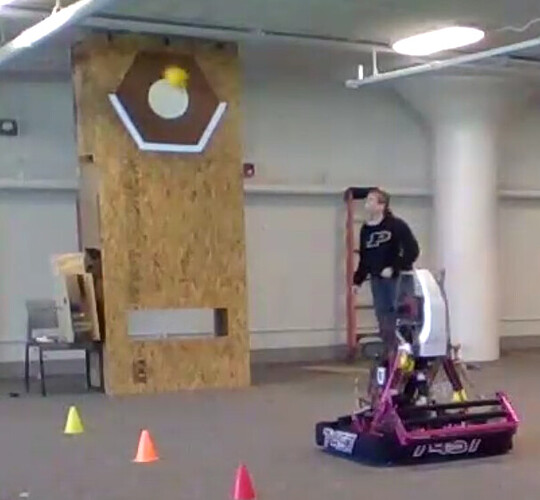 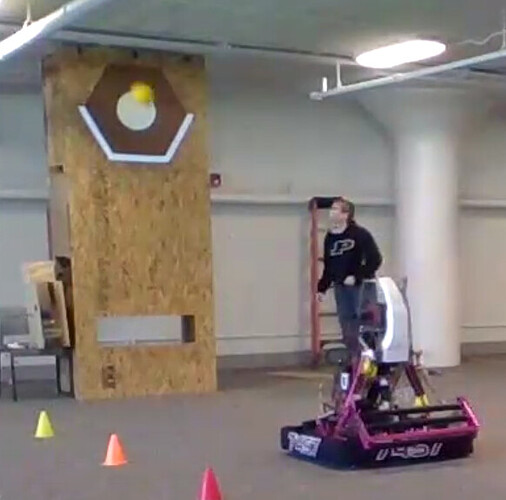 If I were judging it I would say 3, but it seems I might be a bit more lenient than most on here

That’s what I want to say. In the frame when the ball is the most to the left of the screen (which I would consider the frame of most “contact”) it is in. In the frame where it starts contact, it is very close, if slightly out. Any other opinions?

Without being able to rock the video from frame to frame and also view the frame before both of these as well as after, it’s really hard to tell from the stills. I don’t know what frame rate the video had, but it seems like there should not be two frames where the power cell is in full contact with the wood unless it was shot at a slow-motion level of frame rate. Making a determination like this is easier with the video and I assume that is the way HQ would do it if it mattered.

One last way to think about this is that if the power cell was right at 50% in the 3 point zone, it would look somewhat like it could deflect through a hole if a hole was there. It does not appear that this power cell would have any chance of going through a hole in place of the white circle.