I just received a call back from Amanda at FIRST. She said that they are very aware of the delay in NASA Grants. They also have a list of teams that have applied for the NASA Grant, so they know which teams are waiting to hear back from NASA.

She said that any team that is waiting on NASA funding will not be dropped if they do not receive the NASA Grant, they will have an opportunity to play their registration fee after the awards are released.

Lastly, she said they are really HOPING that the awards will be released this afternoon, and if not, then “early this week”.

I heard the same thing when I called in today and talked to one of their other finance folks; the one difference was that they said that they don’t yet have a complete list of teams who applied to NASA, but are still waiting on that being delivered to them by NASA, and as such they’re planning on being generally lenient w.r.t. registration payments – which matches the message FIRST sent out to team contacts a week or so ago where they mentioned that they failure to pay on the 18th wouldn’t disqualify a team from competing, and that they were planning to work with teams who don’t make payment by today to help them get that in. 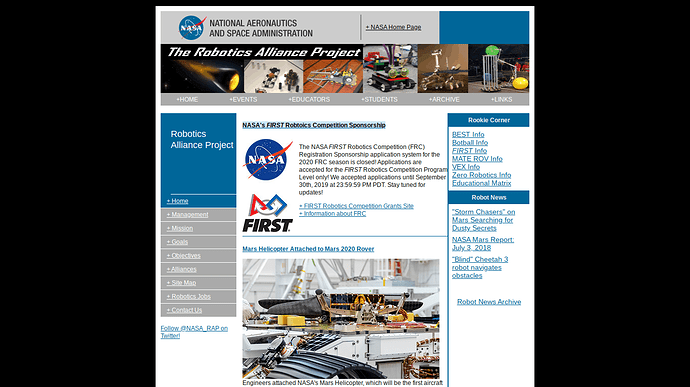 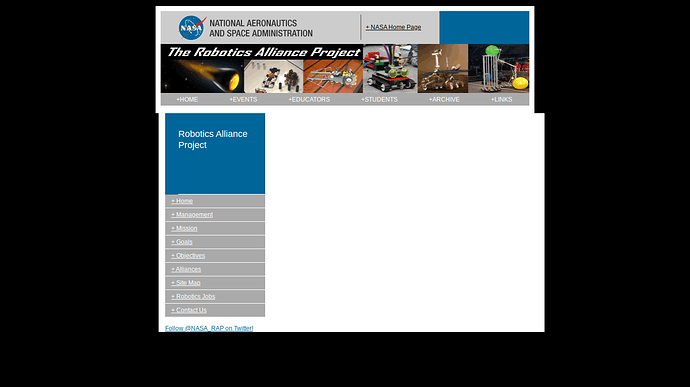 Nothing unusual is showing up for me. The site looks like the top picture for me. 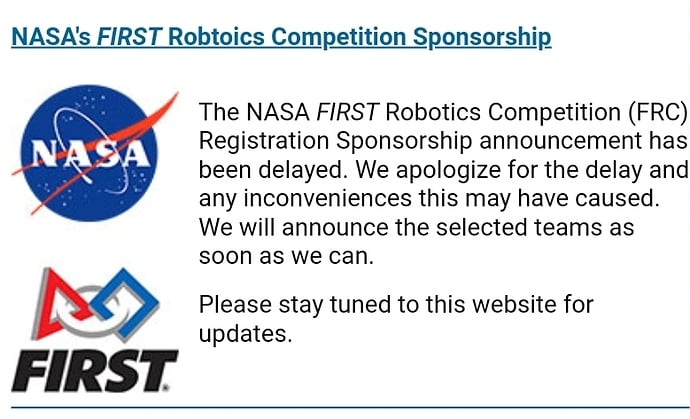