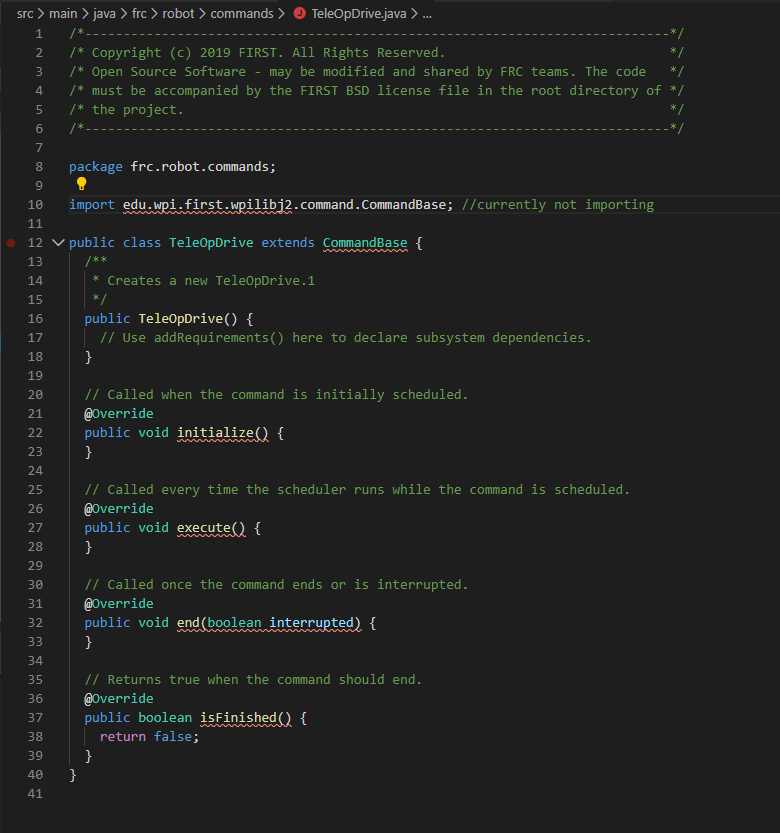 I’m not sure if I’m the only person with this issue, and I know it’s still really early on, but my imports for wpilibj2 in Visual Studio cannot be resolved. We’d like to start using the new command framework. I know that WPI says that it is included in the second vendor library, but they also say that it comes packaged in the installer. I created a new project with the latest release, but still no luck.

Unsurprisingly, upon further inspection wpilibj2 is not installed. What is strange though, is that the tool will let me create a new class from one of the new Command templates, but they aren’t actually in the install! I could install it off of their Github, but I wanted to know if anyone else running into this issue?

Just a quick test – did you try to build your code? Because sometimes IDEs complain that stuff “cannot be resolved” but then the code builds just fine.

Does the vendordep file for the new command framework exist in your project’s vendordeps folder?

I too am not seeing the new command framework (wpilibj2), neither in the IDE, when compiling or in the java dependencies window: 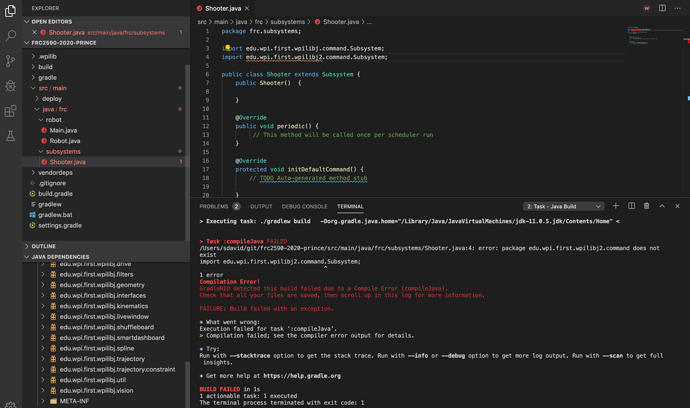 Wow! That solved it, thank you. I knew that it was a vendor dependency, but I thought that the installer would install it into the project by itself. Thank you, this was a really quick fix now that I know.

It will install it into the project if you create a new project using the command-based template instead of the timed robot template.

If I had created the Command-based template, would the feature of the set frame time from TimedRobot still be included?

Yes. The command-based template is built on top of TimedRobot.