Dovetails would look amazing for sure, especially with contrasting wood colors (inlayed dovetails?) but you would probably want yo use a framing joint.

The plate and tube method is good, but I am partial to the “shell” method. spread the forces out and lower the loads. At a certain point “frame” and “shields” on the robot become one.

Maybe the move is to get a large piece of solid lumber and mill the whole thing out like a wodden Battlebot.

The guts of Duck! for reference: 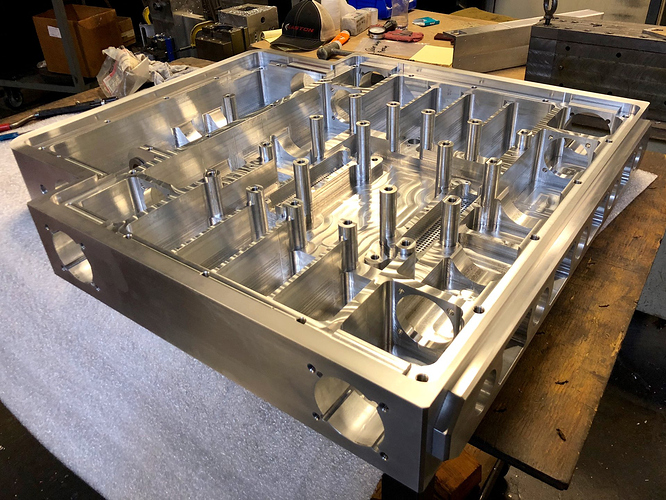 Not playing to the strengths of the material there though…

I didn’t realize we were trying to make a good robot here.

legit bumper question: If I make my robot frame from plywood can the frame itself be part of the bumpers? can I make the bumpers structural to the robot? What counts as “frame” so long as the bumper is “supported”?

I see a significant loophole for robot mass exploitation. Say you had 5lbs of fabric&noodles. 10 pounds of external frame is significant.

Given the right game this could be a serious question.

This picture is giving off certain vibes

I will kill the ambiguity. I AM DEAD SERIOUS.

The first sentence of the bumper rules is:

A BUMPER is a required assembly which attaches to the ROBOT frame.

Each set of BUMPERS (including any fasteners and/or structures that attach them to the
ROBOT) must weigh no more than 15 lbs.

Since we’re defining the whole frame as also being the bumpers, your frame is going to have to be pretty lightweight.

BUMPERS (the entire BUMPER, not just the cover) must be designed for quick and easy
installation and removal to facilitate inspection and weighing.

This could get you in trouble, too. Luckily, they didn’t define “quick” or “easy.”

I think the most realistic way to do this would be to build a kitbot-style dead axle drivetrain, where the outer plates are also your bumper plywood. So, the bearings and frame supports would attach directly into the bumpers.

I think the most realistic way to do this would be to build a kitbot-style dead axle drivetrain, where the outer plates are also your bumper plywood. So, the bearings and frame supports would have to attached directly into the bumpers.

That’s kinda what I was getting at. All the important stuff about frames in the rules (“support”, “perimeter”) is handled by a thin, very light weight piece of material. A large amount of rigidity comes from the bumper plywood/backing material(s) attached to the bumper itself.

For 2767, could you directly bolt swerve modules to the bumper plywood?

We use inboard rails. so there is one more degree of separation between the frame and the module than most teams.

Now, could we tie a pair of rails together with a belly pan and add rigidity with the bumpers? Quite possible.
The 2020 manual on bumper backing material:

R24. BUMPERS must be constructed as follows (see Figure 9-6):
A. be backed by ¾ in. (nominal) thick (~19mm) by 5 in. ± ½ in. (~127 mm ± 12.7 mm) tall
plywood, Oriented Strand Board (OSB) or solid wood (with the exception of balsa). Small
clearance pockets and/or access holes in the wood backing are permitted, as long as they
do not significantly affect the structural integrity of the BUMPER.

So there is a lot to interpret with the material selection, and there is no limitations on the corner joinery that hamper max rigidity. There is potentially even more to be gained with the rules regarding mounting systems. In theory I could back the whole bumper with a 1x2 tube and call it my “mounting system”. Or in the context of the 2020 2767 bot: attach the chromoly frame as built
to the bumpers instead, use the “rigid fastening system” to attach the rails and bellypan/super structure.

R24.
G. must attach to the FRAME PERIMETER of the ROBOT with a rigid fastening system to
form a tight, robust connection to the main structure/frame (e.g. not attached with hookand-loop, tape, or tie-wraps). The attachment system must be designed to withstand
vigorous game play. All removable fasteners (e.g. bolts, locking pins, pip-pins, etc.) will be
considered part of the BUMPERS.

“main structure/frame” is not defined, so I am going to interpret it by mass instead of by rigidity.

Unfortunately the robot inspectors are often not as willing to work within the gray area as much as formula racing teams and the FIA. And these things tend to become problems when a team uses them to steal rightfully win within the rules a championship in a manner outside of the intent of the GDC.

Unfortunately, at some point the attitude shifted from “Wow, that was a brilliant way to work within the rules provided!” IE: flopbots etc. to “Stop trying to ‘lawyer’ your way out of the rules.”

Easier to manage, work with, and be consistent with 10 or so teams in the FIA’s case vs thousands in FIRST’s case.

FIRST does have a difficult job releasing a new game every year to thousands of teams with thousands of people looking for loopholes. They do a pretty decent job given they are working with volunteers, students, parents, etc. and not a bunch of lawyers and experianced technical directors like in the Formula and with the FIA.

You know they sell Nylon Nuts and bolts and I looked into that unfortunately they are quite pricey (too much for our budget) But I am working on that too. Maybe next year lol. I really am looking forward though to when metal 3DP reaches the 3 digit price range

In theory I could back the whole bumper with a 1x2 tube and call it my “mounting system”.

Might want to look at 33 2013. I believe the bumper weight reduction from 20lbs to 15lbs was motivated in part by creative interpretations of the bumper mounting rules. 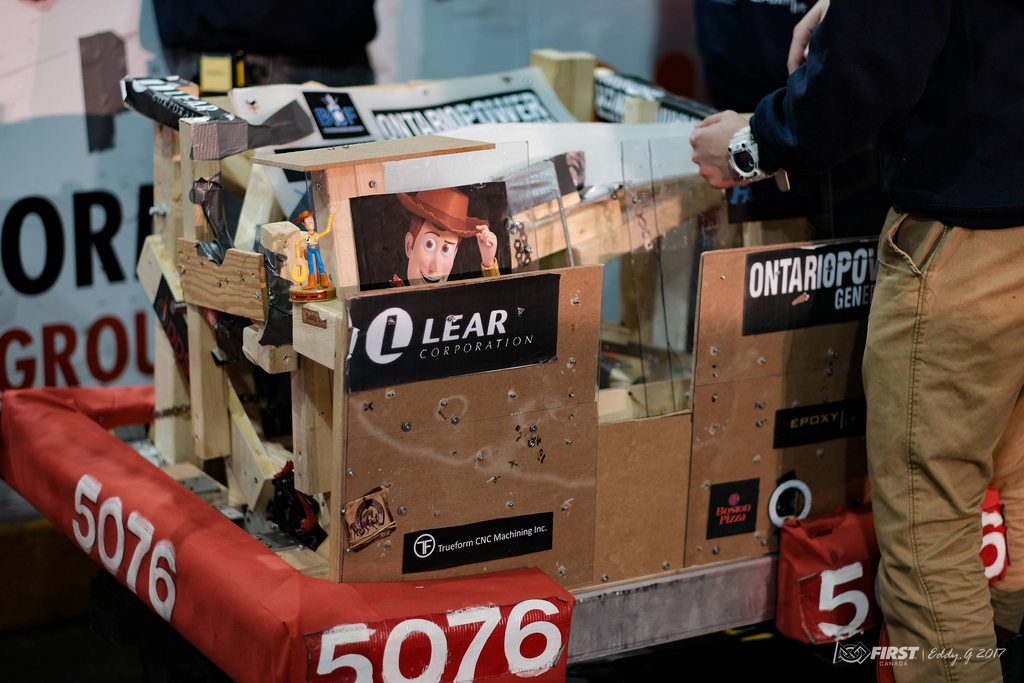 Hi, I believe team 3824 was already mentioned, but here is a page of their robots: Awards – HVA RoHAWKtics. I can explain a bit on their robots as I worked at the same Lab as them back in the days. Their 2012-2013 robot mainly consist of ultem parts and a few titanium metal printed parts. The 2014-2015 uses a base made out of carbon fiber reinforced abs printed on a Big area additive manufacturing system (BAAM). Finally 2016-2017, they uses fiberglass for the chassis and for other parts of the robot as well as some 3d printed parts. I don’t know the full details of the design, but I know a lot of former students who were in the team who could probably explain it a lot better. Hope this helps