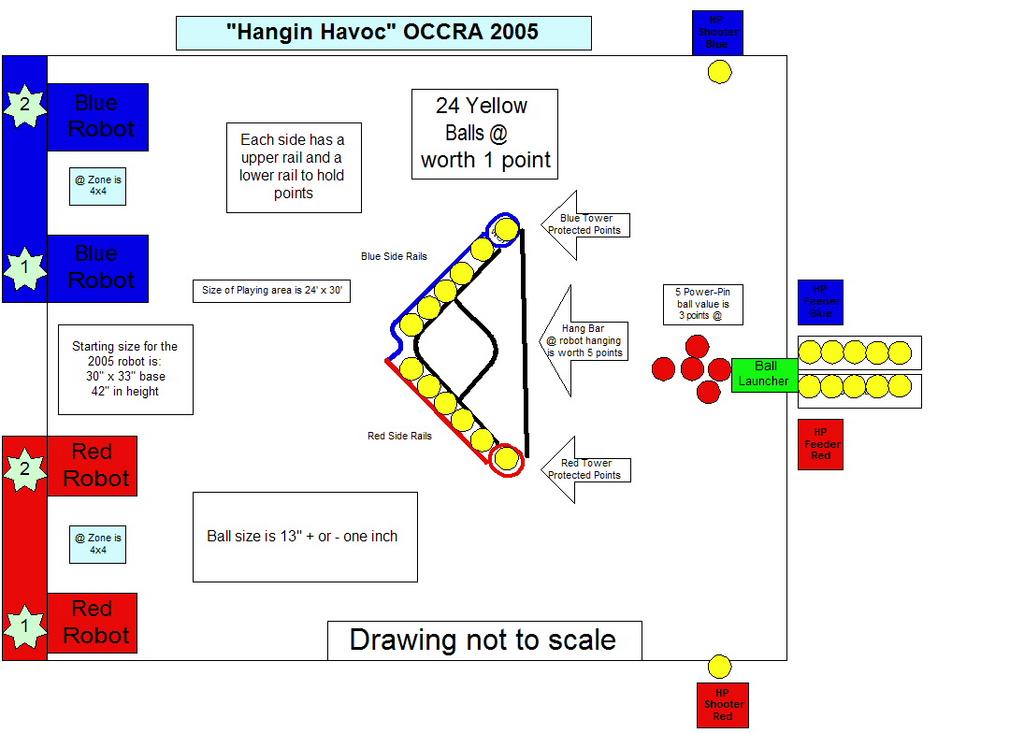 Any more info on the game? It looks exciting!!!

I’ll just sum it up since the game/rule book is semi-lengthy. Basically, the piece in the middle is a 5-foot-high structure. The circles on the corners of the triangle are towers, in which the 1-point yellow balls and the 3-point red balls can be scored. There are two racks (one above the other) where the colored lines are, for a total of 4 racks, where balls can also be scored. The only difference between the towers and the racks is that anything scored in the racks can be descored.

The longer black line is a 5-foot-high pole off which any of the 4 robots can hang for 5 points.

The game is still 2-vs.-2, and the colors of the structure denote which points go to what team.

As for the human playering, there is a rack on the side of the field. One human player takes the balls from that rack and passes it to his or her alliance human player (located on the corner), who in turn can put it on the robot so that it does not have to pick up a ball from the ground. The loading human player cannot have more than one ball in his or her possession at any point.

Oh, what am I forgetting…

Ah. As I mentioned before, there are red balls worth 3 points on the field. These balls are launched during the game into the playing area.

look really cool… good luck to all the teams…

i wish i could participate…