Hello there ladies and gentlemen of FIRST.

I’ve spent the time between the 2019 and 2020 seasons coming up with concepts for various modules, especially focusing on lifting stuff. This is Athena and she was a test-case for a lightweight elevator that used channel rather than square tube. In this post I’ll talk about the why, what, and how of this design.

Advantage of Channel
Through designing this system, I found numerous advantages that channel has over rectangular tubing in addition to weight savings. Probably the most important is that routing the belt for a sequential lift becomes easier since you don’t have to rout said belt through a small space.

Disadvantage of Channel
There are a few inherent downsides to channel. One of the biggest is a lot of the roller assembly has to be custom. Another one that I can see potentially being an issue is structural rigidity since channel doesn’t have very much torsional strength.

Sequential Belt Lift
First, I think this is what it’s called. Basically it’s the method of belting that 2910 used in 2018. I chose this rather than cascade because this one keeps as much mass as possible down when the robot is not lifting to it’s full height, thus dealing with robots doing the F and falling over.

Since this robot wasn’t ever built, I can’t think of too much more to say about it. Please ask questions. 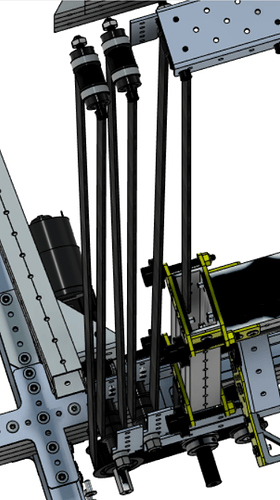 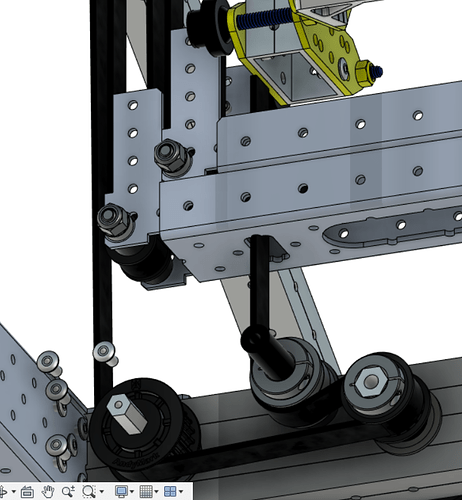