So, what would make the Blockinator much more effective as a defensive bot would be Swerve!

A well driven tank drive is frequently, severely underestimated. With a suitable amount of practice a tank drive would have the ability to block all but the best driven swerve drives out there.

I don’t think the turret adds much relative to what it costs you. You’re not going to block over the corners of the robot, right? And unless your base is square, one or two of your four sides are going to be less effective than the other two. If you must I would just have two blockers and only use one at a time - they don’t weigh much!

Rather than two separate ejectors for opponent cargo that you happen to catch by accident, if you are going that far I’d just add an Everybot low intake, which can effectively do the same thing but also can score low goals and pick up balls off the ground.

If you are really, really smart about it, maybe you can make your blocker mechanisms hold three positions, such that when both are straight up it serves as a passive mid hanger. Or just have two separate mechanisms share structure. Lots you can do here. The point being - it’s pretty easy to add side blockers to an Everybot style robot.

If I was a team such as the one I was on, I’d be driving around ‘inadvertently’ making contact with that protrusion at every opportunity with my climber which is just inside our frame perimeter by about .125".

Yeah, but swerve makes everything better!

Like I said, I do really like this concept. And with COTS swerve options out there than make swerve drive easier to both build and program, I think that a concept like this would be an interesting way for a team that is relatively new to swerve and maybe struggling with the rest of their robot systems (intake and shooter) to show up at an event with a very valuable robot design.

As a case study, we took our swerve practice chassis to an offseason event in 2019 with nothing more than a milkcrate filled with ballast to get it up to max weight and a folding beach chair strapped to the frame. At that point, we obviously played defense exclusively. It was extremely effective. We were able to stay between the robot we were defending and their goal very easily and were able to basically shut down some very good robots.

We also found that by being at max weight, we could push almost every tank drive robot at the event sideways (with their wheels skidding across the carpet) in any direction we wanted to push them. Which meant that we could push the one robot we were defending toward a second robot on the same alliance and be able to defend against both of them. Of course in 2019 there were places on the field where you could play “zone” defense. Not sure if that will be as easy for the 2022 field. 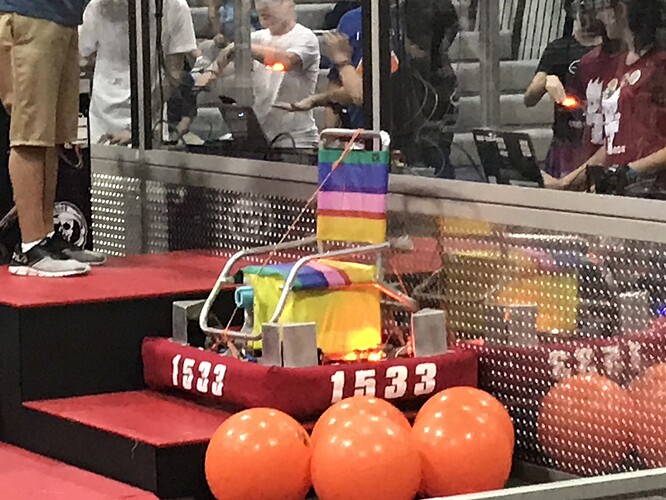 So, what would make the Blockinator much more effective as a defensive bot would be Swerve!

I think you mean mechanium drive.

Blockinator is 50% “I’m going to make an over-thought defensive bot” and 50% “Hmmm… what would a good defense bot need in this game?” … and 50% “What have some other teams NOT thought of yet?”

So, there were compromises made in the couple hours I spent on it. And if this post either spawns some cool defensive ideas, or prompts teams to add simple counter defense strategies prior to their first match, I’ll be happy.

I think you mean mechanium drive.

There is only one drive train that can graciously carry Blockinator around the field: pic: Final 2011 Drivetrain

I’ve been trying to figure out what this means for the past hour and a half. 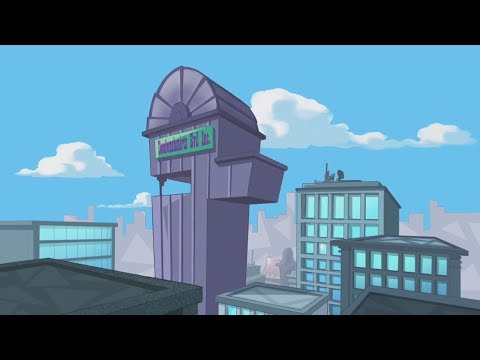 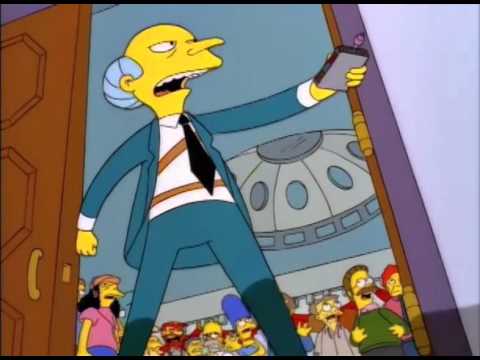 Unless they are running into you (and hard), I don’t think you’ll be drawing any fouls.

I reffed match in 2016 where team 4327, who I assume had a technical issue, replaced their scoring mechanisms with a makeshift net barrier to block shooters. I don’t actually recall it working at all but I gave them props for trying, especially since they cobbled it together between matches.

Because you’re driving into them, not the other way around, the requirements for a penalty aren’t met.

They have to drive into you for the penalty to be called on them.

What have some other teams NOT thought of yet?

The fundamentals of this design were on Einstein in 2016. I ‘heard’ of robots doing this against full court shooters in 2013, but I never saw the robots myself.

To be fair, it’s hard to think of things that have never been done before.

The turret is neat.

Still one of my favorite matches strategically from the STL regional finals. 1706’s full court shooter dominated until… 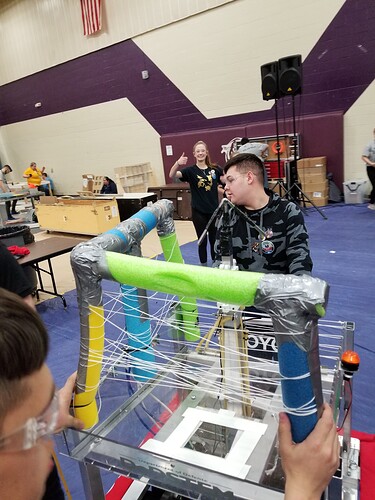 I also expect there to be a significant amount of discretion involved in these calls. I remember the fiasco of 2014 (first week) where the penalties were widely varied, from a simple touch inside the frame perimeter getting a penalty to a hard hit NOT getting a penalty if it didn’t cause damage.

I’m sure FIRST had the foresight to create some type of quantitative measurable training for their refs to follow. crosses fingers

It would be nice if the rule was enforced as written – contact inside your opponent’s bumper zone with something outside your own is a penalty, period.

Low height limits and high shooting angles make blocking difficult for this game. Though I suppose if it is a long range shooter the angle will be a bit lower so that might help.

I mostly agree with the sentiment, but there’s no way this rule can be enforced universally. 75% of robots are going to have intakes that extend outside their frame perimeter, and the best height for those intakes is just right to sail over another robots bumpers. This is going to happen all. the. time

[edit] If refs were going to enforce G204 rigidly, it should have been (should still be) circled in red an surrounded by yellow stars in the manual, because teams would have to completely change their standard practice for intake design to comply.

In that case an easy anti-blocker approach will be some boundary zip ties that reach up to just below max height. Won’t interfere with e.g. going under the low hanger bar, but if a blocker touches it, penalty!

If that’s the case, then the correct course of action is to either rewrite the rule or enforce it as written (and warn teams that it will be enforced as written, so to design their intakes accordingly).