I’ve calculated the average points scored by each robot per regional. This is derived from the match scores.

Over the years, there have been different attempts to extract a robot’s performance using nothing but the match lists and scores. Here is my attempt.

I use the method posted by Tom Bottiglieri to calculate the points contributed by a team above and beyond the regional average. This is the “Relative Performance” column and adds to 0 for each regional. I then add the average alliance score for the entire regional, divided by 3 (getting the average score per team). This gives the points scored per match by a team (The “Points Per Match” Column). Unless I am missing something this number can be compared to robots at the other regionals.

I haven’t thoroughly checked everything, but the data seems to be both internally consistent (relative performance sums to 0 and average of all teams points per match equals the regionals average points per match) and externally consistent (the teams that people are talking about are at the top of the rankings and it positively correlates (.875) with our scouting data from San Diego).

This data is from the qualification rounds only. Each regional is on a separate tab.

The data has been updated with week 5 regionals and the macro is there as well. 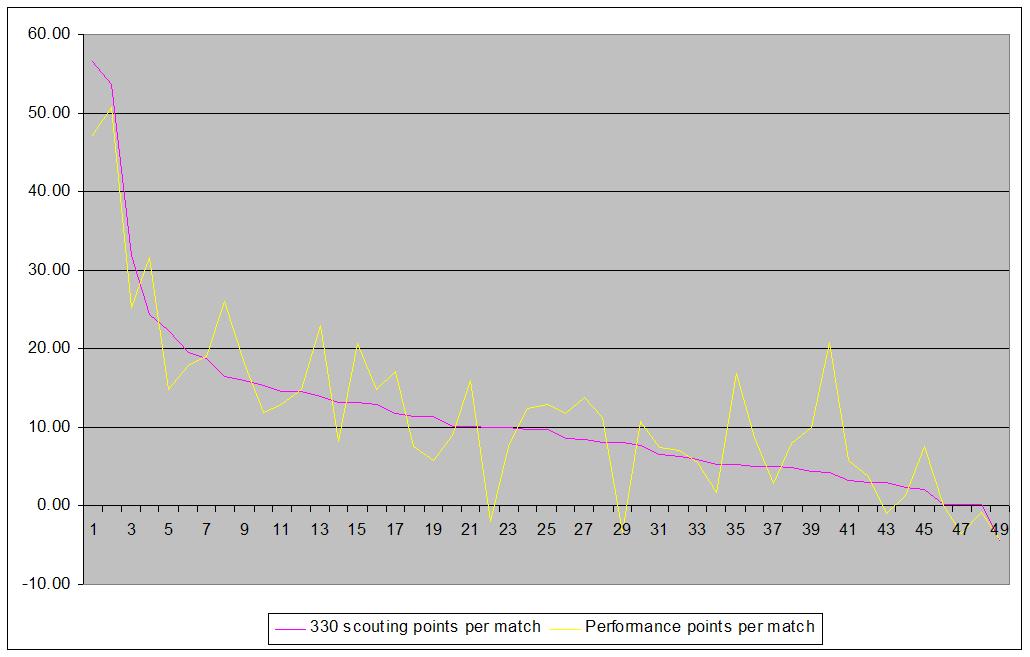