This scouting app is an iOS mobile app created over the course of the build season. It uses a parent device and multiple child devices to send data over bluetooth, which later exports to a CSV file that can be used in excel for analytics.

Last year, team 5822 used paper scouting, so I decided to help out and write a Scouting App for iOS using Apple’s swift language. Due to the fact that I only started to create it during the build season, it has a cluttered UI. However, it functionally works great. With the help of good scouts, it delivered nearly 450 data points for my team during the Central Illinois Regional. 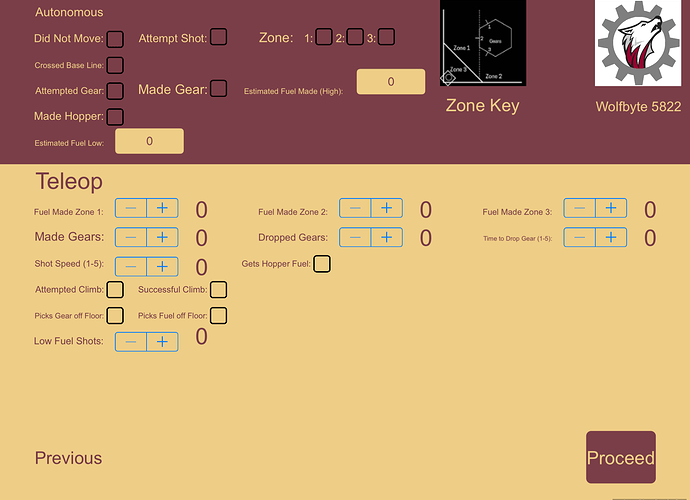 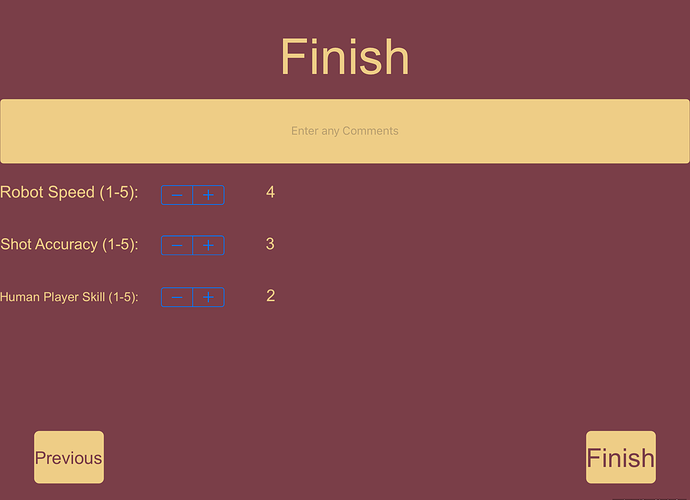 Attempted climb is anything that displays you can climb but you didn’t trigger the touchpad(snapped the rope, only made it halfway, etc.)

Successful climb is the touchpad was triggered

I’m also wondering this. We had a good few climb failures, but I would have considered us as “able to climb” by the end of Friday.

Also a note on the collected the data, this was our first regional using this app and on top of the noted bug about dropped and made gears the subjective data In some circumstances is off for a variety of reasons a couple being not enough training, scouts leaving the section untouched causing a 0 to get entered into the average, or a teams pilot not being the airship causing the previous problem and meaning that if a scout did fill out that section they did it passed on the human player in the loading station which is impossible to consistently judge from team to team. There is also the issue of visibility in this years game making it difficult to see some gear drop offs or attempted climbs.

I’m also wondering this. We had a good few climb failures, but I would have considered us as “able to climb” by the end of Friday.

Although the scouts were diligent, there may have been some confusion about what each button relating to climbing meant. However, you can get a general idea about who was pretty consistent via the comments and most of the climbing data.

Gotcha. Yah, the first thing I noticed in the data was “surely there were more teams than that were climbing.” We end up with a similar set of data at the end of the day and, as you have noted, comments tend to be almost the most useful part. Numbers are good for an initial sort and maybe finding a few outlier skills, but the comments usually make or break scouting decisions.