Each match will be 2:45 minutes long. First 15 seconds of the match will be autonomous where each robot will be moving on its own. The next two minutes and thirty seconds of the match will be operator control where humans will control the robot. This period is divided into a two minute Operator Mode and a thirty second End Game. The object of the game is to score as many tennis balls in your alliance high goal and the human goal as possible. There will be 28 total tennis balls on the field and each robot will be allowed to start with 1 ball at the beginning of the game. 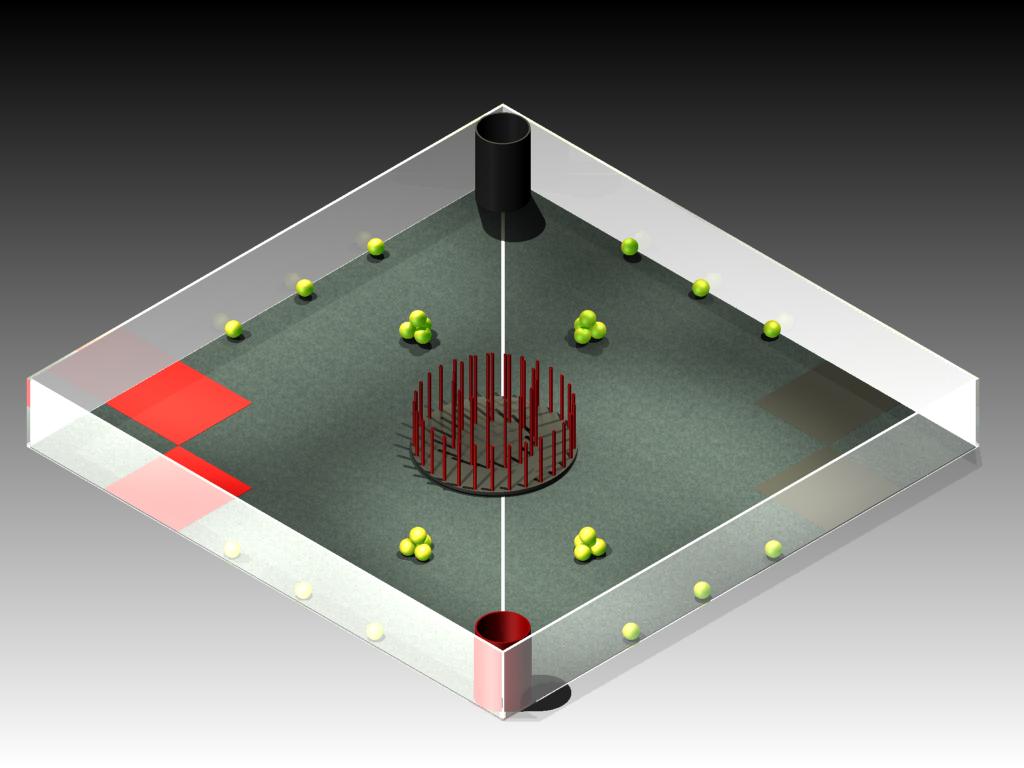