This will be helped a bit if you adjust your gain in the main dashboard (usually about 18 works well). Though it sounds like some people still can’t get great colors with just this slider, so we’re looking at possibly exposing more options

Just chiming in, we have the same issue with the pi cam, but not with the USB Lifecam. We tried messing with Gain/Saturation/Brightness a bit but it didn’t seem to help.

Hi, We have the same issue and investigated. To my knowledge, This is caused by Halogen bulbs lighting up the shot. I don’t know why, but I confirmed this by turning off the lights in the classroom and using led spotlights and that fixed the issue.

From the software side, the root cause is that, specifically on Pi 3’s and Picams, photon uses a custom driver that focuses on maximizing speed, at the cost of configuration flexibility. While I know a lot of testing was done on different cameras, most of that was focused on retroreflective target acquisition. I’m not surprised some teams are having issues since the game rolled out.

Hopefully that answers some of the question as to when this would be expected - USB cameras and other Pi’s wouldn’t see a similar issue.

This is caused by Halogen bulbs lighting up the shot.

This could be part of it. I know all my testing was done under LED illumination and while I sometimes noticed a slightly weird hue, it was never enough to make me thing there was something wrong. That being said: 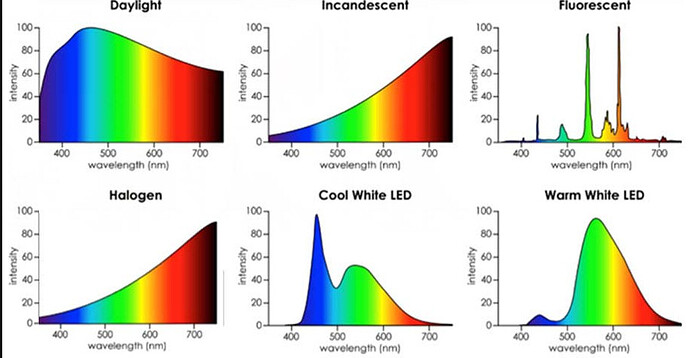 Halogen bulbs specifically get very toasty, which generally implies tons of energy near the red end of the spectrum. Depending on the exact camera used, and where its IR filter actually cuts off, I wouldn’t be surprised if that bulb type exacerbates the red-has-too-much-gain issue.

The part that’s fun about this - while lots of venue lighting has gone to LED’s, I’d expect a good chunk will remain some flavor of high-power incandescent or mercury-vapor. While Photon should be able to update to get better control over the camera gains, it won’t negate the need to at least check (and possibly re-tweak) the gains against actual field lighting conditions.

This is spot on. The reason this bug arose is likely because none of us tested under halogen lights. When I developed the picam driver in spring and summer 2020 I mostly used natural lighting and LED bulbs (maybe a little compact fluorescent). This is why our current algorithm for a single auto white balance gain slider seemed to work. This issue is very fixable by adding more AWB gain sliders to the UI. I just need to find time to make the backend changes for that (I’ve already done the frontend code).