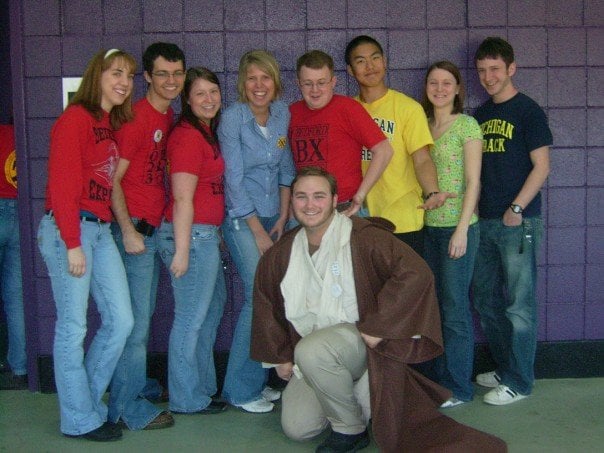 Oh I remember that guy… He had some pretty sweet costumes… One day a hobit the other day a Jedi… Nice… Team 313 I think? I remember because his team, and the penguin team were the first that we just DOMINATED in a match. The score was 86 to 8 because we had 4 ringers in a row and 2 robots 12" in the air. That was a great round! That was the first round that everyone could see what we could really do (first time we didn’t have a stupid technical difficulty such as not turning the robot on

) Woops! No but seriously that is when we really had a chase to show what we could do, and we did! Overall, that 313 was a very energetic team and had some real characters on it. (Like a Jedi)

I totally didnt see the hobit! i wish i had though!

Lol, I could have sworn I saw that guy at LA last weekend…there were a few Star Wars characters having lightsaber duels in the lobby of the science center there