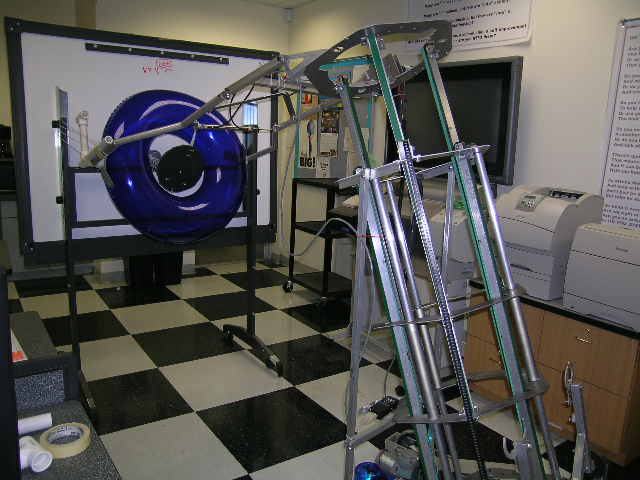 We opened our 2002 robot that was just sitting around and stuck a tube in it. It scores pretty well when we set the goal to the top and middle positions. I know this violates now, but the other part of our robot is already designed, so we were just testing grippers. As you can see, we tied a spider leg mock-up to the back of a rolling whiteboard, so it sorta moves like a spider leg would, and we used a bundle of zipties at the top for the stingers. There’s also a few pieces of PVC taped/zip-tied on the edge of the arm with some more ideas we were working on.

That is your prototype :ahh: it looks competition ready, great work guys, speedy too.

edit: I see now you said it was part of your 2002 robot. still looks amazing