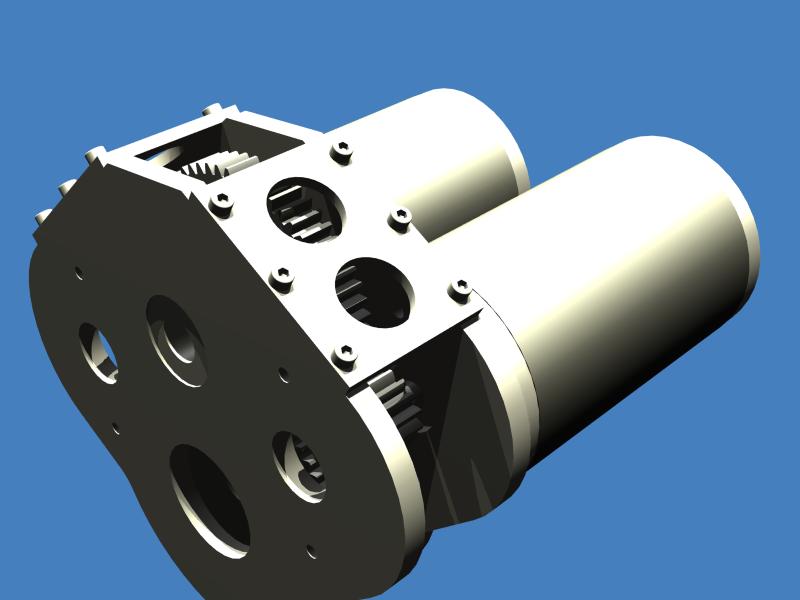 One of the gearboxes I’ve been working on designing. This one’s nice and small, but is still being worked on. I thought I’d post up what I’ve been doing lately in CAD, so here she is.

Is this meant for direct drive? It would be cool if you mounted a wheel inside your transmission.

I just assumed that since you already know how fast it will be going you’d know what wheels you will be using.

It’s output shaft hasn’t been made yet, but it will be keyed to the center wheel. The wheel diameter is 4".

Is this a shifter, perhaps a Ball-Lock?

I might be adding a ball lock stage to this, but currently it’s a single speed.