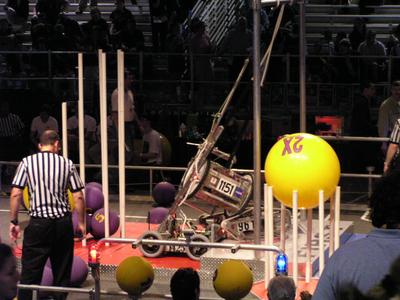 This is a pic from the end of Sacramento Q59 match in which 1151 was the only hanging robot and was smashed from side to side and around in circles by team 961 causing the arms to twist over 360 degrees around each other.

1151 was still hanging at the end of the match and won the match. It also sustained no injuries to the PVC arms.