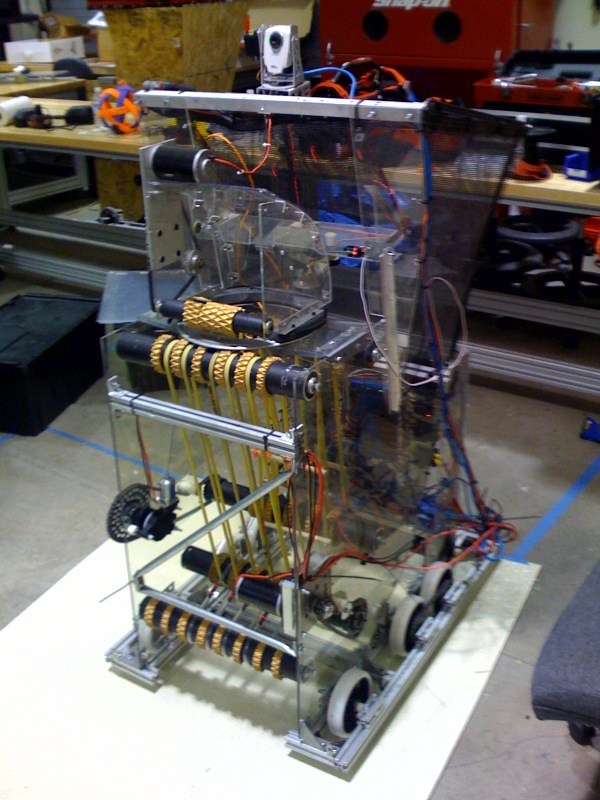 Drive-two toughboxes one CIM each, traction control is being implemented hopefully. The back two wheels drive, the front two don’t, they’re more of just a wheelie bar

Pickup- Ground pickup, and a fairly large hopper. Surgical tubing bands, along with rough top traction material. We have two band systems, one in the front on a toughbox with a stage removed and a window motor on the back geared towards speed.(second picture in the row of pictures shows this) The ball’s route is changed based on the direction of the back roller.

Shooter-belt driven on a CIM with a 3:1 ratio. 4-6 foot range, rotates 180 degrees on a window motor and it’s direction and speed of the shooter is all controlled by the camera.

Any questions, comments, concerns are welcome

You may want to cover your camera lest a wayward Moon Rock hits or attaches itself to it.

Yeah, we have one, we were getting ready to crate it and it doesn’t fit in our crate with the camera on